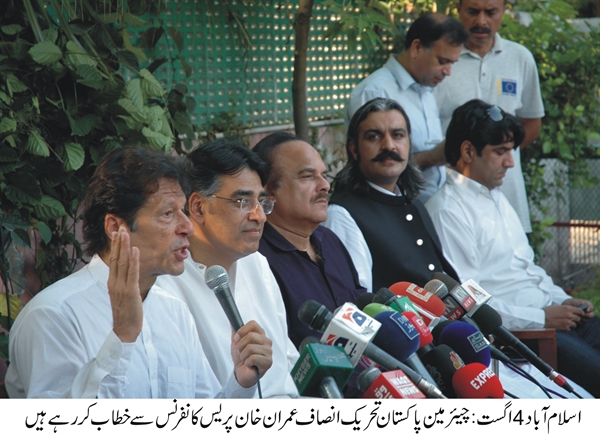 * Sticks to his stance; again refuses to apologise to SC

* Will move court against Fazl for ‘Jew agent’ remark

ISLAMABAD: Pakistan Tehreek-e-Insaf (PTI) Chairman Imran Khan said on Sunday terrorists (Taliban and ASWJ-LeJ) succeeded in breaking the Dera Ismail Khan jail although one division of the army was present in the city.

“We have to find a new way to fight terrorism. There is an entire division of army in Dera Ismail Khan. It is beyond comprehension as to why law enforcement agencies didn’t counter the terrorists,” Imran told a press conference.

The PTI chief called the jail incident a source of concern for the nation and said Khyber Pakhtunkhwa Chief Minister Pervez Khattak’s inquiry report would be brought forward.

About the contempt of court notice served on him, Imran said that he stood by his earlier stance. “My remarks might have been misunderstood. What should I apologise for?” he said. Expressing his regard for the Supreme Court (SC), Imran said he had stood with the court in the testing times and he could not even think to disgrace it. “The independent judiciary is the key point of PTI manifesto and that’s why we backed it in the past,” the PTI chief stated.

Imran also announced that he would move court against JUI-F chief Maulana Fazalur Rahman for calling him an “agent of Jews”. “We are preparing a notice to send it to Fazl. We will go to court and ask him to prove his allegations,” Imran said. The JUI-F chief has alleged that the Jewish lobby was behind the agenda of Imran and that the PTI chairman knows nothing about Islam and Pakistan. Imran also talked about WikiLeaks documents, according to which, Fazal had asked the then US ambassador in Pakistan to back him for premiership. “Maulana Sahib tell us whether I am an agent of Jews or you have secretly sought the support of foreigners for premiership?” Imran questioned.

According to the PTI chief, “record rigging” took place in the May 11 general elections and said the Election Commission of Pakistan and returning officers were involved in it. He also announced to publish a white paper on August 16 about the rigging, saying that evidence have been collected in this regard.

It may be noted that Pakistani establishment and its proxies in media and judiciary bureacuracy have stepped up their campaign aginst Imran Khan and PTI to deflect attention from the alleged complicity of Pakistan army in the DI Khan jail break.

Imran Khan raised serious questions on Sunday over last week’s jailbreak in Dera Ismail Khan and called for introspection by all institutions of the state. He said it was high time to determine why in the presence of an army division in and around D.I. Khan, elite force, police and special jail police, the attackers had managed to get hundreds of their accomplices freed.

“Because of the timely intelligence reports, all necessary preparations were made to thwart the attack. There were three security cordons set up around the jail. Machine gunners were also posted at strategic positions, but no body put up a fight,” Mr Khan said while talking to reporters at his party’s central secretariat.

“If nobody on ground is willing to fight then what can the provincial government do in such circumstances,” he said.

Over the past couple of months, Mr Khan has repeatedly demanded a meeting with the army chief and the prime minister before an all-parties conference proposed by the government for coping with terrorism.

Mr Khan said the Khyber Pakhtunkhwa government had initiated a high-level inquiry into the incident and its findings would be shared with the nation. He reiterated that this was a national issue which needed a corresponding response.

Nobody from the ISPR was available for comments.

He reiterated that the federal government and the military establishment had to come clean on ‘hidden facts’ before calling an APC.

Last week, over 100 militants whom the banned Tehreek-i-Taliban Pakistan (TTP) claimed to have sent freed 248 prisoners from the D.I. Khan jail. According to media reports the attack lasted three to four hours.

According to media reports, in the backdrop of ongoing bomb blasts and the DI Khan jail break, an impasse between the PTI-led KPK government and the military establishment has arisen. Where the former seems reluctant to go for the use of force in curbing terrorism, the latter insists it is unavoidable. Military sources have aired their grievance against the KPK government and two of its ministers for being unforthcoming in lending them political backing so as to enable them to carry out ‘surgical cleansing’ in parts of FATA, KPK and elsewhere. KPK’s Information Minister Shaukat Yousafzai’s contends that since FATA is already under the military’s control, yet continues to reel under terrorism, it points to the army’s incompetence, which he said was the reason why terrorists were able to move into their province to carry out the jail-break.

The Khyber-Pakhtunkhwa government has started consultations to investigate possible ‘rogue’ elements who may have facilitated the escape of Tehreek-e-Taliban Pakistan (TTP) spokesman Adnan Rashid – the mastermind behind the recent attack on DI Khan prison – from Bannu jail last year.

Talking to The Express Tribune, a K-P minister said he found it astounding that Rashid was moved from Adiala jail to the comparatively vulnerable Bannu jail just days before the latter was attacked by over 200 TTP militants.

“We want to uncover why our intelligence and law enforcement agencies failed to respond when hundreds of gunmen attacked Bannu jail and freed several top militant commanders, such as Adnan Rashid,” he said.

“We cannot keep our eyes closed… we will have to screen out rogue elements within our intelligence network,” the minister asserted.

On the other hand, the director general of the Inter Services Public Relations, Asim Bajwa, said instead of shifting the blame of jail breaks on to other departments and agencies, the focus should be on improving the security of jails. However, he did not say why Rashid was moved to Bannu jail from Adiala jail. 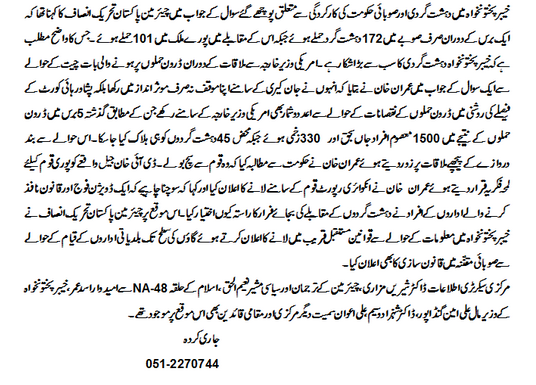 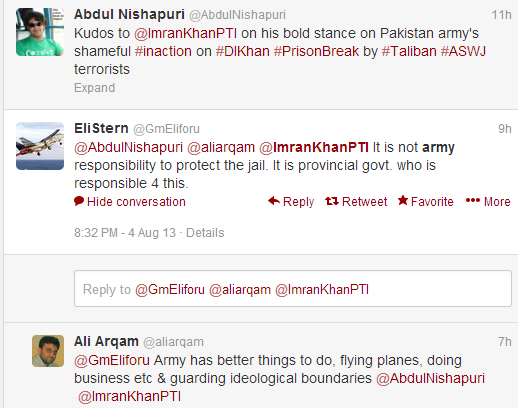 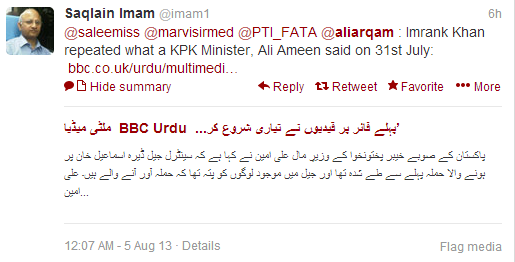 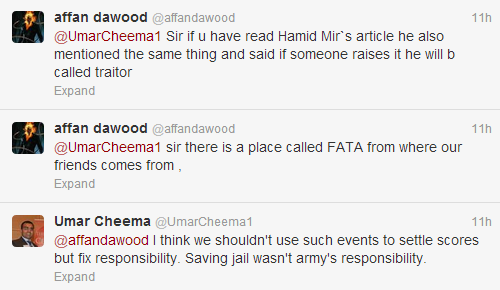