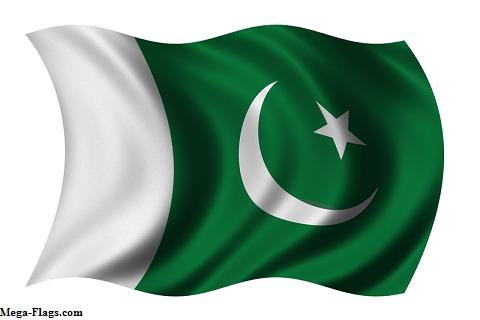 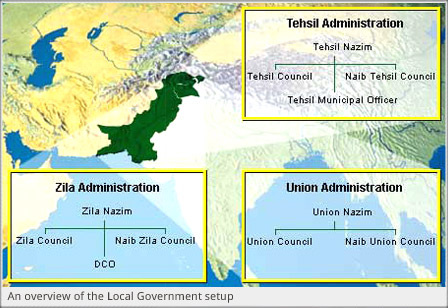 Pakistan has been a federation since independence, partly as the constitutional legacy of British India, partly as the result of necessity from 1947 to 1971 when it comprised two non-contiguous territorial units and partly because the provinces had developed distinct ethnic and linguistic identities of their own as sovereign states. (M. Waseem)

The responsibility for local government was moved to the Provinces in January 2009 in line with the Constitution, and councils were dissolved. Despite there is a constitutional requirement to hold local government elections, not all provincial governments have done so. Although the manifestos of all political parties promised concrete measures to introduce the new effective and participatory system of local democracy, yet I don’t see the elections of local bodies in this governments’ tenure.

Unfortunately, the ‘local democracy’ part of the recent democratic phenomenon in Pakistan is not very impressive and in fact once again substantiated the view that grass-roots democracy has never been promoted by democratically elected regimes in Pakistan. In the past, Pakistan has experienced three major models of local government systems – 1962, 1979 and 2001, all under the auspices of military regimes.

The checkered history of local government initiatives in the country has contributed to the poor state of municipal service delivery.

The following are the key challenges for decentralization and effective local government in Pakistan.

Lamentably in Pakistan, baring a few, most of the political parties believe in first two tiers of governance federal and provincial while for the third one they prefer bureaucracy and National and provincial assemblies’ members to take care. The problem of centralization of power has been the most crucial issue in Pakistan. In federation third tier of local governments is far more important as it allows direct participation of general public at lower level. This tier is directly responsible for upkeep of the cities and towns, however, our decision makers; security intelligence establishment, bureaucracy and political parties prefer to run the districts, tehsils and union councils by unelected administrators and commissioners. During the previous democratic transitional phase 2008-2013, no provincial government conducted local bodies’ elections, so right now; we have no local democracy here. No one knows when there will be elections for new local government setup.

Over centralized modal and mindset

Unfortunately centralized mindset is reluctant in transferring most powers to the local level and still trying to retain all important powers at the central level. Bureaucratic institutions, political parties and security intelligence establishment still have put the emphasis on strengthening the centralized modal. The long legacy of undemocratic and unelected governments that have centralized power in Pakistan since the country’s inception that presents an enormous challenge to the prospect of a vibrant and successful decentralization effort in Pakistan today. Centralization makes governments top-heavy and unresponsive. With the centralization of administrative authority at the provincial and federal levels, the people were forced to travel to provincial and federal capitals to seek solutions of their problems, whereas in an overwhelming majority of cases, their problems should have been attended to at the local level.

Economic constraints and lack of infrastructure:

Provincial governments not only are reluctant to conduct local bodies’ elections but have failed to transfer finances and human resources to local level. In developed democracies local governments are real responsible for municipal services, but in Pakistan right now these representative institutions don’t exist. In many areas, there is a lack of adequate funds, infrastructure and insufficient qualified and trained administration as well as staff. Local government will encounter serious difficulties in delivering efficient services if it does not have the necessary financial, capacity and other resources. Lack of resources and powerlessness remain the two big challenges in local development. The financial, constraint is one of the main causes for the poor performance of most municipal governments.

The influence and interference of Bureaucracy is also a big challenge in the way of free and efficient local government in Pakistan. Sometime the projects of great importance are delayed due to redtapsim. It has been a common practice that Bureaucrats often used their influence to keep the locally elected bodies on back footings. Pakistan’s centralized system is not delivering because officials who work for federal and provincial governments do not have the necessary knowledge of local conditions to provide efficient government. In this centralized system governmental activities at the local level are not driven by demand but pushed from the centre to the local level and people do not feel any ownership. 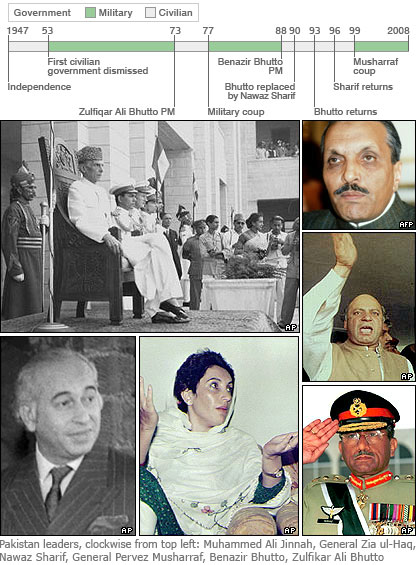 Due to its checkered political history, frequent changes of government and long military regimes, Pakistan’s people have never fully enjoyed the benefits of democracy at the local level, as frequently-changing governments traditionally kept power highly centralized. Thanks to the 18th Amendment, provincial governments can now make significant decisions at the local level without federal interference. Sadly, undemocratic institutions in Pakistan are more powerful than elected representatives of the people.

Development funds to MNAs/MPAs and senators undermine the role of LG:

Under the various federal and provincial governments’ programmes, elected members of provincial and national assemblies’ were given funds of considerable amount that they could use, largely on their own discretion, for development projects in their political constituency. This had severely undermined the role local governments.

War on terror and insurgency: 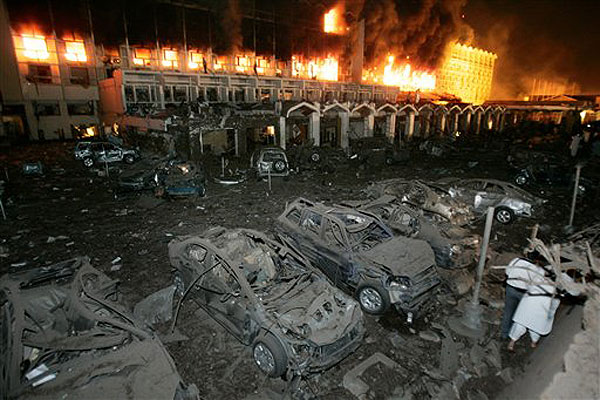 Pakistan is confronting politico-religious terrorism on daily basis, besides the issues related to security. The situation is much worse in conflict areas like Khyber Pakhtonkhwa province and Federally Administered Tribal Areas (FATA) where war on terror is at its peak and Balochistan province where insurgency is going on. This has resulted in devastation of an often limited infrastructure and services and total dismantling of local administrations and governance structure.

A democratic order is also to be judged on the degree to which it involves its citizens in decision making and is responsive to its demands. As there has been no local level government available, so public has hardly any say in decision making and their real demands and inputs missing, this undemocratic situation creates challenges for local development. 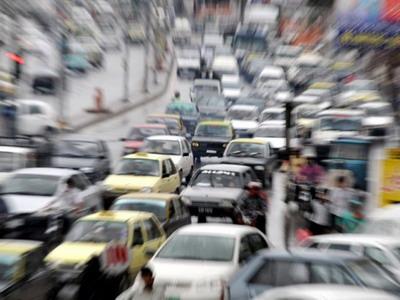 Urban population is growing – fuelled by rural-urban migration and a redefinition of the boundaries of urban areas. The population in big cities has increased rapidly and accordingly has given rise to many social problems. People are moving to cities to find better career, education, wealth and better living condition, as rural areas are really less developed and offer very less. The urban areas in Pakistan are facing an acute shortage of planned housing stock, especially for the low and middle income groups and in cities overall housing deficit in Pakistan has reached above 5 million. The population of big cities is increasing rapidly because people keep moving to the city especially from rural areas. This increase in population has brought many problems which seem too difficult to be managed. There is shortage of water, unsteady supply of electricity, worse sanitary conditions, shortage of playgrounds and parks for the children, rush of traffic, shortage of houses, high crime rate, worse law and order situation, and environmental pollution are the main problems facing district administrations.

The failure of centralised governments to perform properly at the local affects especially the poor, women and children. Only local authorities can make important determinations in relation to their area and population. In illiberal centralized modal activities at the local level are not driven by demand but pushed from the top to the bottom level. Local democracy; union level administration can be more accessible for the average person and thus more democratic and pro-people than a very distant and mighty central administration. And it’s a fact that local governments cannot perform properly if their remote control is in the hands of federal or provincial government, so they should be free administratively and financially. The local self-government promotes democracy and individual rights such as private property and right to business. Developed democracies examples suggest if development activities are undertaken with the participation of those involved they not only can be better tailored to the real needs of the local population but also enhance the sense of ownership and responsibility for the project and, thus, produce better results. Sense of ownership plays very important role, it’s evident that the people are ready to contribute to local development projects if they can participate in the decision-making and feel that the particular project improves their daily life. The most important advantage of local decision-making is that it allows multiple solutions to emerge in response to general problems. In many countries one of the primary objectives for decentralisation is the prospect of improving the life of local population.

The experience has shown in comparison to federal and provincial governments, local government is more accessible, more sympathetic and quicker to respond to local needs. It is at the local level that citizens get in contact with governmental structures every day of their life. In local democracy, necessary information is more readily available, and local authorities are obviously more knowledgeable about a local situation than authorities who are far away from realities at the grassroots level. It is also easier at the local level to hold officials and elected office-bearers accountable.

In Pakistan, it is an opportune time to highlight importance of the grass-roots democracy and seek commitment of the political parties for the revival of the elected local governments immediately after the formation of new democratically elected government. Bureaucratic institutions, political parties and security intelligence establishment still have put the emphasis on strengthening the centralized modal and this centralized mindset is reluctant in transferring most powers to the local level and still trying to retain all important powers at the central level.

Civil society groups are demanding restoration of the Local Governments across the country. They are raising awareness that Local democracy; union level administration can be more accessible for the average person and thus more democratic and pro-people than a very distant and mighty central administration.

Local Government is a basic prerequisite for effective democracy:

The experience has shown in comparison to federal and provincial governments, local government is more accessible, more sympathetic and quicker to respond to local needs. So, local government should be evolved and developed by the local people according to their own experiences and aspirations. That is what happens in United States and other developed countries.Decentralization of power at the grass roots level leads to better provision of social and civil services, restoration of the real democracy in the country and a more active and beneficial interaction and participation of the masses in all tiers of governance. They must have the power to levy and collect revenues. Devolution without enabling the local governments to raise and manage funds from their own resources is not likely to enable the people to run their own affairs. Since effective lower judiciary is an important part of the system of devolution, new local judicial institutions have to be created and existing one’s strengthened to provide cheap and immediate justice.

The paper was submitted to an international seminar on “Local Government and Civil Society”, Gummersbach, Germany.