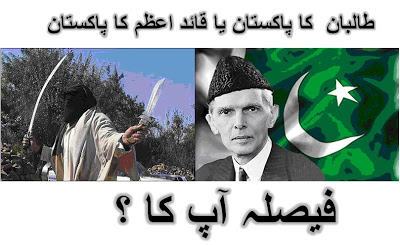 On 11 August 1947 Quaid e Azam Muhammad Ali Jinnah addressed to the members of  Pakistan Constuituent  Assembly.In that address Jinnah Said ,“You are free; you are free to go to your temples, you are free to go to your mosques or to any other place of worship in this State of Pakistan. You may belong to any religion or caste or creed – that has nothing to do with the business of the State…We are starting with this fundamental principle that we are all citizens and equal citizens of one State…I think we should keep that in front of us as our ideal and you will find that in due course Hindus would cease to be Hindus and Muslims would cease to be Muslims, not in the religious sense, because that is the personal faith of each individual, but in the political sense as citizens of the State.”

Actually Quaid e Azam Muhammad Ali Jinnah wanted  to see a secular Pakistan ,where the followers of any religion,sect and school of thought were considered equal citizens.Quaid-e-Azam was a liberal and secular leader who believed in religious tolerance and sectarian harmony and he had included a Hindu, Jogindar Nath Mandal, and an Ahmadi, Sir Zafrullah, in his cabinet.

The father of the nation wanted equal rights for the followers of all sects and schools of thought. If Pakistan is made the country of the followers of any particular sect or school of thought it would not be the Pakistan of the Quaid-i-Azam. In the Pakistan of the Quaid-i-Azam everyone would have equal rights and they would be treated as Pakistanis  of equal status.

(2)Taliban’s Pakistan.
In Jinnah’s pakistan  followers of any religion,sect and school of thought are considered equal citizens and In Talibani Pakitsan only those person get rights to live who agree with Taliban ideology and other Pakistani will be considered Kaifr and Murtid and they will be beheaded or killed.Taliban are inhumnae ,illiterate and people from the stone age.Taliban are against female education and Jinnah’s Pakistan will give free education to both male and female.

The vision of Jinnah’s Pakistan as a democratic and progressive homeland for the Muslims.while Talibans want an illliterate,undemocratic,barbarous and a backward society.
The other lesson that Jinnah gave to us was never to forget was the value of free  speech.According to Vision of Jinnah’s Pakistan without freedom of speech a nation would wither like a rose bush that is planted in a place where there is neither sunshine nor air and in Taliban ka Pakistan no one has right freedom of speech.

All religions have freedom
All pakistani are free to go to temples,Mosques,chruches etc
Followers of any religion,sect and school of thought are considered equal citizens
Educaion for all.Both Male and Female.
Freedom of Speech
Prorection of lives and wealth
High buildings,wide roads,protection of historical heritage,beautiful places
A democratic,Educated,Liberal and progressive society
Tolerance and loving the humanity
Minorities have equal rights

Only Taliban will be considered equal citizens

Destruction of girls school,shooting of Malala,no female education
No freedom of speech
Suicide bombing,killing of innocent muslims and minorities.
An illliterate,undemocratic,barbarous and a backward society
No tolerance

Inhumanity
Killing and Beheading of Minorities.
Let’s take decision which Pakistan we want 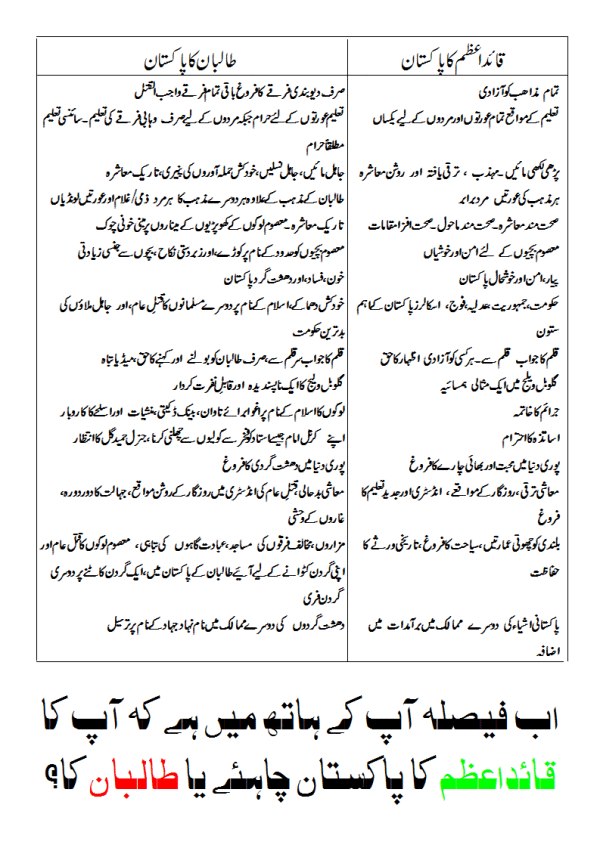 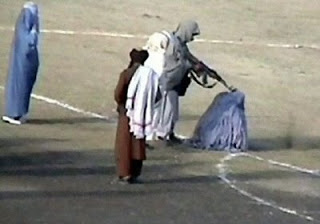 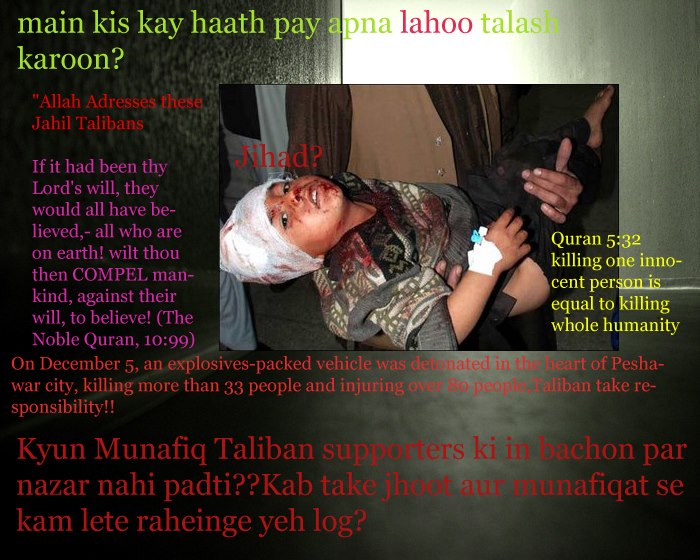 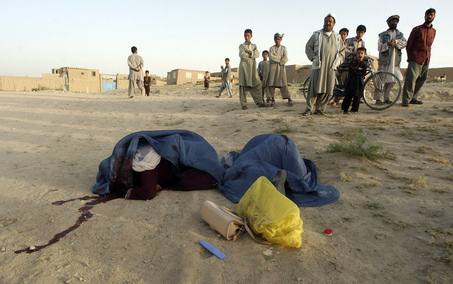