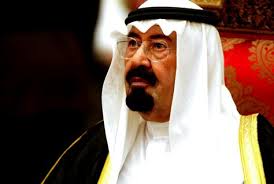 Editor’s Note: Muslims need to be clear that the Saudi Royal family are the first Taliban, they overthrew the last Caliphate of the Muslims with the help of  British Imperialist Intelligence. Since then they have been buying up Mullahs and Mosques to establish themselves as Caliphs. They did not dare call themselves the Custodian of the Two Holy Mosques until 1975. They did this only after the oil money enabled them to buy obedience of Mullahs and Mosques.

The Saudi Arabian government likes to present itself as a protector and benefactor of Sunnism. Nothing could be further from the truth. Saudi Arabia is not a Sunni, but a Wahhabi state. This must be made perfectly clear
Since the foundation of the Wahhabi sect in the 18th C it has shown extreme hostility towards Sunnis. In fact Saudi Arabia emerged through a series brutal wars with non-Wahhabi Sunnis.
The plight of Shiites in Saudi Arabia is well known, but few know about the rampant discrimination against Sunnis. When the Wahhabi army of Abdelaziz ibn Saud invaded Mecca in 1924 scores of Sunni scholars were killed and Sunnis books burned. Through violence and intimidation the Wahhabis managed to destroy all other Islamic schools of thought in the occupied city.

Until today non-Wahhabi Sunnis are prohibited from giving sermons or lectures in any mosque in Saudi Arabia. Wahhabi preachers routinely insult and condemn Sunnis and their beliefs, but Sunnis are not allowed to even gently criticize Wahhabism. Anybody who dares to do so is fined, thrown in jail or tortured. Non-Wahhabi Sunni books, like classic collections of poetry praising the Prophet (pbuh), are banned and if found, confiscated.

There is a huge difference between mainstream or traditional Sunnism and Wahhabism. For example Sunnis believe in the intercession of Prophet’s and Saints and they love and revere the Household of the Prophet Muhammad (pbuh). Sunnis also encourage visiting the graves of righteous Muslims, seeking their blessings and praying for their intercession. Wahhabis on the other hand abhor these practices. Sunnis acknowledge four schools of Islamic law, while Wahhabis insists only Wahhabism is valid.

The Wahhabi government of Saudi Arabia spends enormous sums of money to convert Sunnis into Wahhabism. This is done through the media, mosques and schools and the distribution of free literature. In order to divert attention from this missionary campaign and to hide the differences and the animosity between Sunnis and Wahhabis, they constantly talk about the invented conflict between Sunnis and Shiites. Shiaphobia, demonizing Shiites, is the Wahhabi way of conjuring up a false threat to lure Sunnis into their trap.

Unfortunately many uneducated Sunnis are deceived by this Shiaphobic propaganda and end up looking upon Saudi Arabia as an ally in the imagined “battle against the evil Shiites”. The irrational hatred against Shiites thus reaches a point where Sunnis are willing to belittle or forget the many differences between Sunnism and Wahhabism. Meanwhile the Wahhabis hijack mosque after mosque in Sunni countries and in poor Somalia the bloody Wahhabi war against Sunnis rages on unabated.

That is why we who oppose this Wahhabi agenda should never stop pointing out that there is not a single Sunni mosque or Sunni institution of learning in Saudi Arabia. All traditional Sunnis practices, such as celebrating the birthdays of Prophet’s and Saint’s, are forbidden. It is quite ironic that the Sunni population of Shia dominated Iran are more free to express their faith than their brethren in the state of the self-proclaimed “Custodian of the Two Holy Shrines” and “defender of Sunnis”.

There is not a country in the world were Sunnis are persecuted as severely as they are in Saudi Arabia. The government treats Sunnis as second-class citizens and in the eyes of many Wahhabi clerics Sunnis are not even Muslims but rather “innovators” and “grave worshippers” who deserve nothing besides contempt and punishment till they convert to Wahhabism.
In short: Saudi Arabia is not the friend, but the enemy of Sunnis.