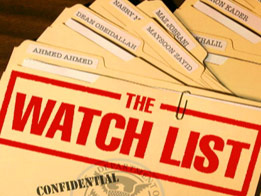 Despite being put on the Anti-Terrorism Act (ATA) watch list, 40 individuals having links to outlawed organisations (of Takfiri Deobandis and Wahhabis) are working in different government departments in the Rawalpindi division.

This was disclosed in an intelligence report sent to the provincial government recently.

After observing that the police were not making serious efforts in keeping a vigil on the activities of such individuals, the Punjab home department last week directed all the district police across the province to obtain ‘fresh surety bonds’ from members of the outlawed outfits, especially those who had been released from jails, Afghan returnees, Lal Masjid elements and others put on the watch list.

The intelligence report stated that over 460 persons charged with terror activities and delivering hate speeches had been placed under section IV (Schedule IV) of ATA in the Rawalpinidi division, comprising the districts of Attock, Jhelum, Chakwal and Rawalpindi. Of these, nearly 40 were working in different government departments like education and even some sensitive institutions.

Anyone put on the watch list under section IV of the Anti-Terrorism Act 1997 has to inform the respective police before leaving his hometown and upon return.

Such individuals after their release from jail are also supposed to provide a surety bond to the police for good behaviour and peaceful conduct.

The intelligence report sent to the Punjab government contained the names of individuals, their home addresses and the police registration numbers along with the name of the police stations where they had to report. Their latest job status along with the department names were also mentioned in the report.

Of the 40 persons who were associated with government departments and who were placed on the watch list between 2004 and 2010, 19 belonged to the Rawalpindi district. Of the 19 persons, four were working in government schools and the remaining in factories and sensitive institutions.

The report, however, clarified that none of them was given the government jobs after being placed under the watch list.

A senior intelligence officer told Dawn on the condition of anonymity that all the 40 individuals were low-level employees in government departments.

He added that they can be a security risk because low-level employees in any organisation knew each and everything on the premises compared to their senior officers.

The report added that in the Attock district, 17 suspects put on the watch list were doing government jobs – five of them in the education department.

The number of such persons in Chakwal was four who were placed on the watch-list in 2010.

He said according to the police department, there were 425 individuals who had been placed on the schedule 4 in the Rawalpindi division. Of the 425 persons, 381 have submitted surety bonds to the police.

He added that 22 individuals had left their home addresses while four were declared proclaimed offenders.

The AIG was of the view that getting a surety bond from such individuals was not enough to bound them not to get involved in any an illegal activity.

“In stead of the police, such individuals should be handled by the courts of law because the police have no powers to confiscate the property of the guarantor or punish the offender,” the AIG suggested. He added: “Sometimes people are wrongly placed on schedule 4 of the ATA that causes problems for them.”

The AIG said as the police record showed that 80 to 85 per cent people placed on the schedule 4 obeyed the law but there were very few who did not care about.

He also cited the terrorist attack on Justice Maqbool Baqar in Karachi and said the ‘prime suspect’ arrested by the police in connection with the attack allegedly belonged to a banned outfit and had been placed on the schedule 4 of ATA.

Talking to Dawn, Raja Saimul Haq Satti Advocate said no individual on the terror watch list can get a government job unless he obtains clearance from the court.

Waheedur Rehman Khattak, the superintendent of police Saddar division, was of the view that serious efforts were not being made by the police to monitor the activities of such persons.

“If such an individual violates the law, a case should be registered against them under section 11 of the ATA,” said SP Khattak.

Critics say if the government seriously wanted to get rid of the menace of terrorism, it should depoliticise the police department and ensure all postings and transfers of officers on merit.