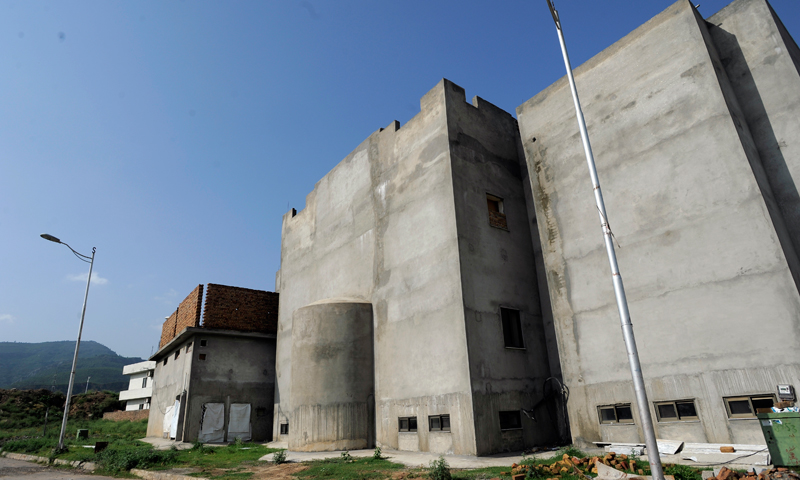 ISLAMABAD: Darul Iman Jamia Masjid Qurtuba’s story is as dramatic as the sectarian history of Pakistan. The newly-built mosque in Islamabad’s Margalla foothills is calling upon its followers to stop discriminating along sectarian lines and to start praying together – in whichever way they like – under the same roof.

Zahid Iqbal is a local businessman who conceptualised the idea of a sect-free mosque in 2010. He bought the mosque plot in the E-11 sector. But the road to the realisation of his dream wasn’t easy: At first, authorities refused to register it as a sect-free mosque. Under Capital Development Authority rules, every mosque has to declare its sect following, before being granted permission to build the mosque.

The procedure involved some complicated maneuvering: To bypass the strict rules, he registered a trust, and then sub-registered the mosque under the trust’s banner: The Al-Kitaab Foundation Trust. 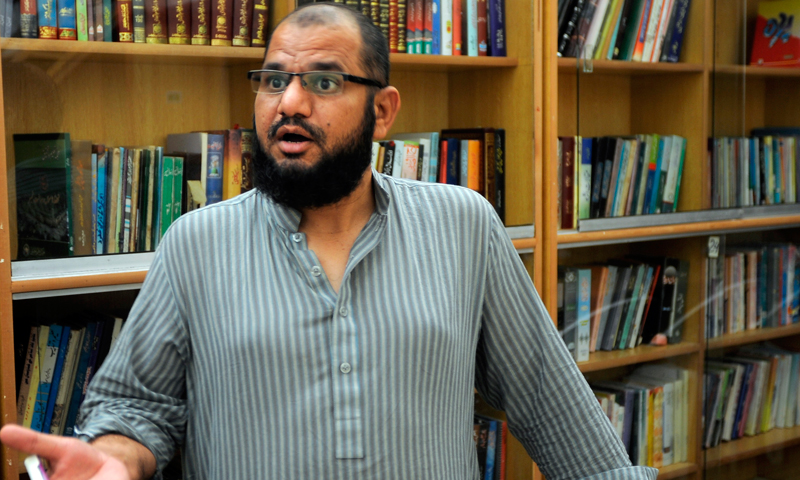 Meanwhile, Iqbal has already found an Imam for the mosque – Qari Jehangir, who is currently doing his Master’s degree from the Islamic University. The coordinator of the mosque is doing his MBA from Preston University. Both are young men in their twenties. The Imam and Khateeb are both from different sects – and the mosque administration says it will have no problem if a Shia Imam leads prayers.

There’s a simple philosophy behind Iqbal’s revolutionary idea. For the mosque’s administration, branding Islam along sectarian lines has damaged religion more than any other reason. “By branding ourselves on sectarian lines we have even put non-believers to shame through violence and unruly conduct,” the businessman said. He believes that mullahs have turned religion into business ventures for petty personal gains. 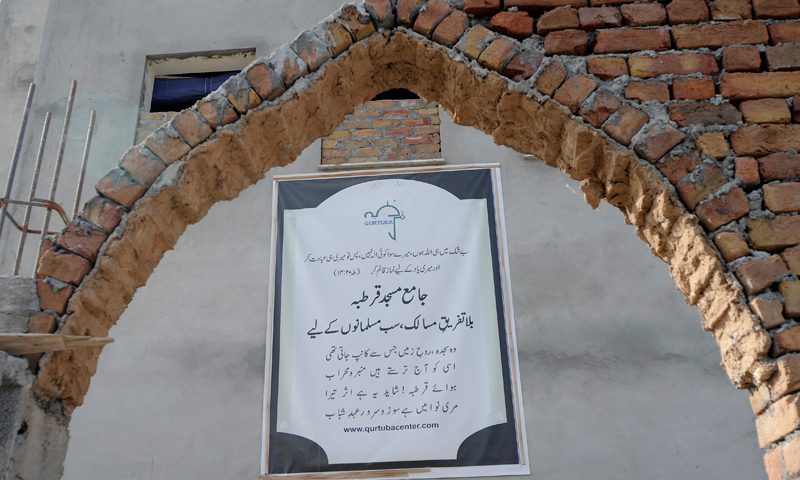 Calling his prayer hall a ‘model mosque’, Iqbal added, “This is God’s house. Even non-Muslims are allowed to come and seek the light.”

In addition, the mosque, located in the northern strip of the capital in the E-11/2 sector, not only invites all sects, but also has a separate section for women, and a library filled with religious books from all sects. With the support of other businessmen and overseas Pakistanis, the 2-kanal compound has been built at a cost of Rs30 million. 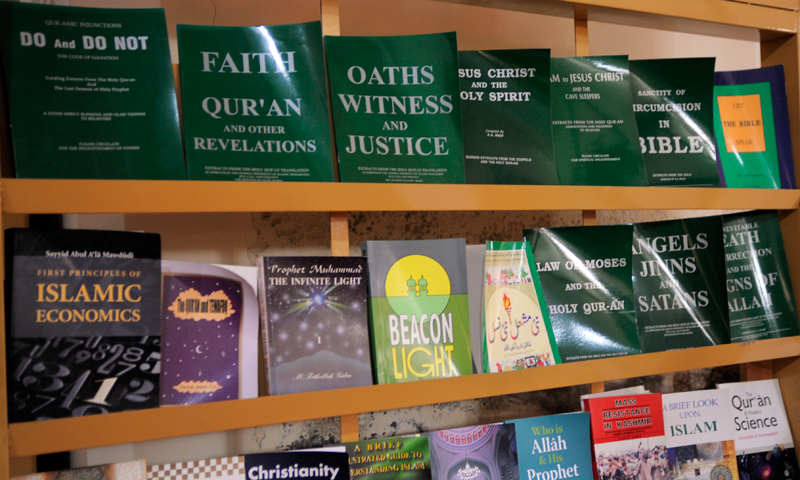 The mosque is also funding at least ten students’ completion of their Bachelor’s degree, which they could otherwise not have afforded.

So far, Iqbal is thrilled by the reaction he has received from people. “There has been individual criticism but overall a collective acceptance amongst the community is settling in,” he said, adding that people from different sects are already praying there together, although the number is not yet big enough to cover the 350-people prayer hall. 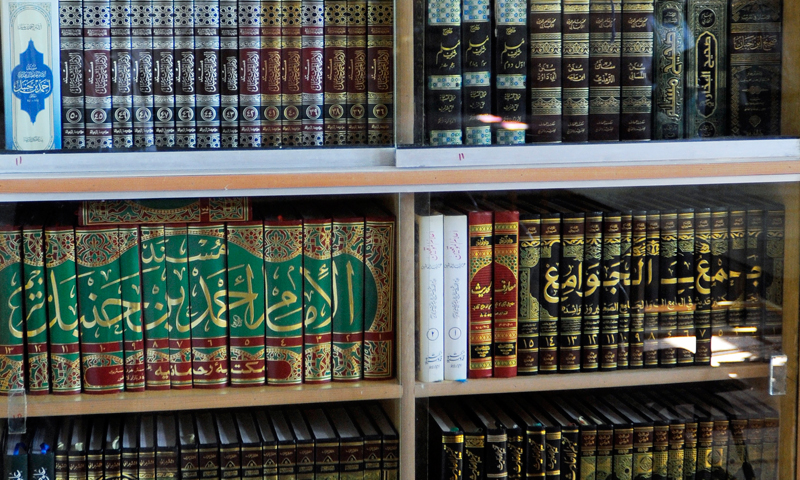 Despite the heightened sectarian strife that plagues Pakistan, the Darul Iman Jamia Masjid Qurtuba has no qualms in declaring its message loud and clear. A bold tag welcomes the followers to the mosque stating: “This mosque does not discriminate between any sects and welcomes all Muslims.”

Considering the environment at this time, it appears the kind of initiative which was bound to attract the attention of the Taliban. Iqbal recalled how on one recent evening, more than ten members of the Taliban came to his mosque and argued with his thinking and “not adhering to his sect”. The businessman claimed that he debated the Taliban for hours and convinced them to stop opposing his interpretation of Islam. But he knows that they may come back.

This wasn’t the only obstacle that the mosque administrator faced. Iqbal also recalled how the plot for his mosque was forcibly taken over by the ‘Imam’ of another mosque. “After I bought the plot in 2010 for the mosque, I had tasked an architect to prepare its design. In the meantime I was complimented by friends for constructing the structure of my mosque in record time. I was shocked to see that my plot was taken over by a mullah along with his ‘body builder type’ madrassah students. I had to call the police to vacate the plot,” he said.

For now, the mosque administration is planning to spread their message to other mosques as well. As a starting point, the mosque owner is giving Friday sermons in another mosque, also in E-11, to urge people to shun sectarian differences and forge unity amongst their ranks.

While the administration of the mosque acknowledges that it receives some of its funding from the US, it adds in the same breath that that doesn’t necessarily mean it endorses all its policies. “How can we term US aid bad if we ourselves are receiving funding from Pakistanis in the US? But we do condemn US support for Israel against the Palestinians,” he said candidly.

Meanwhile, for the coming Eid, the mosque is planning to hold its first multi-sect gathering for Eid prayers. A bigger gathering, the administration hopes, will be one more step towards tackling sectarianism.