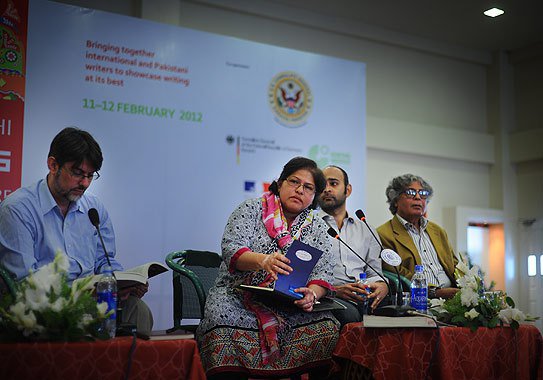 A recent report in the Times of India (TOI) titled “ISI has infiltrated US think tanks, Pak scholar says” has opened an interesting debate about the Pakistani intelligence agency ostensibly leveraging the United States think tanks’ clout to further its agenda. The report, apparently stitched together from assorted tweets by the eminent Pakistani scholar and author of the authoritative volume Military Inc Dr Ayesha Siddiqa, notes: “A prominent anti-establishment scholar in Pakistan has caused a flutter in Washington by suggesting that the country’s spy outfit Inter-Services Intelligence (ISI) has infiltrated think tanks in the US capital.” Dr Siddiqa has since distanced herself from parts of the report stating that her comments were taken out of context and while she had taken some issue with the academic qualifications and the narrative of certain Pakistani-origin scholars associated with the US think tanks, she has not alleged that any of them worked for the Pakistani intelligence service.

A letter to the TOI editor by Professor Anatol Lieven of the New America Foundation and King’s College, London and signed by 26 others has rejected the TOI story and called it “a disturbing trend in public debate where disagreement is dealt with by accusations of someone working for one intelligence agency or the other and that “insinuations against respected scholars not only harm the individuals concerned, they also undermine free and honest intellectual debate concerning Pakistan.” Fair statement, one must say. The ferocity and swiftness of the response, however, would have one think that everything coming out of the US think tanks is gospel truth and there has never been any manipulation of the think tanks’ narrative by the domestic political forces in the US or foreign governments and special interest groups. The creationist nonsense like the anti-evolutionist “Intelligent Design” theory came out of a Seattle-based think tank and from Ronald Reagan and Bill Clinton to the monarchies like the UAE, Qatar and Saudi Arabia and dictatorships like Kazakhstan have all leveraged think tanks.

The US think tanks sit at the crossroads of the academia, politics, business, media and government and their associates frequently switch careers between these realms. They are the brokerages of research to support and push positions that ultimately may become governmental policies. With a massive growth in their numbers and clout over the last several decades the US think tanks are of interest to anyone who will be affected by the US policies. While overlapping closely and at times working with the academia the think tanks are not exactly the ‘universities without classes’ that some of them claim to be. Most think tanks have tax exemption/benefits under the US tax code but are not mandated to disclose their donors publicly. While all donations over $5,000 are reported to the government (IRS Form 990) many think tanks also voluntarily make their donors’ lists public. However, unlike the academic research the disclosures are neither full nor forthcoming in many cases and as Ken Silverstein of The Nation, USA pointed out in his May 2013 report on secret donors of the think tanks “it’s not always easy to see what sort of benefits money can buy.”

But it is the tune played by the piper not the payer that should be of interest. The objectivity and impact of the narrative coming out of the US think tanks is what matters the most, especially as the US drawdown in Afghanistan with consequences for that whole region approaches. Consider, for example, Anatol Lieven’s claim in his 2011 book Pakistan: a hard country that “One of the most striking things about Pakistan’s military dictatorships is in fact how mild they have been… only one Prime Minister (Zulfiqar Ali Bhutto) and a tiny handful of politicians have ever been executed in Pakistan … Few senior politicians have been tortured.” The research on which the book, dedicated to the Indian, Bangladeshi and Pakistani civil and military services is based, was underwritten in part by the think tanks New America Foundation and the Carnegie Endowment for International Peace. Unless Pol Pot is a benchmark and one is totally ignorant of the contemporary history of Pakistan one might not make such disingenuous and callous claim. But Lieven has been in and out of Pakistan since 1988, when he had described General Ziaul Haq as “less than vindictive” in that brutal dictator’s obituary. No marks for guessing that Lieven remained mum when the Pakistan Army’s Green Book named Ayesha Siddiqa and the South Asia Free Media Association as Indian agents in its very first chapter on psychological warfare. The same chapter incidentally also proposes to co-opt media people and ‘independent think tank groups’ to support a psychological warfare division it recommends establishing under the defense ministry.

Some signatories of Lieven’s letter have consistently made a case for giving the Taliban a predominant role in what they called the Afghan endgame. They had projected the Taliban as a legitimate Pashtun nationalist entity while castigating the Afghan National Army as unrepresentative of Afghanistan’s ethnic makeup and called for truncating its size. The premise they sold in the US goes like this: Pakistan holds the key to the Afghanistan issue but Pakistan is too big and armed with nukes to be confronted and, therefore, its whims should be accommodated. This line was not terribly different from what the Pakistanis military establishment had been pushing but coming from the scholars it did find buyers in the US including some of senior wonks who fell for it hook, line and sinker. It would have been prudent to ask how and why the majority of Pakistani scholars — handful of notable exceptions notwithstanding — coming to the US conform to the Pakistani party line on Afghanistan. The problem is that ‘Pakistan can and will solve the Afghanistan imbroglio’ theory was an utter disaster for the region in the 1990s and culminated with the 9/11 tragedy for the US. It is safe to predict that this erroneous thesis will backfire again within the next few years. The Doha debacle is merely a start.

No one should doubt the integrity of the awesome work that most think tanks do. But opacity and stonewalling are as detrimental to a free and honest intellectual debate as any unsubstantiated insinuation. More not less transparency in the research and policy work is needed. The US, Pakistani and Afghan citizens have a lot at stake in the narratives coming out of the think tanks and must know the processes through which they arrive at their policy recommendations.