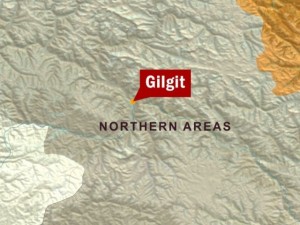 WASHINGTON, DC: The opinion makers in Gilgit-Baltistan and Azad-Kashmir (AJK) find themselves at odds in defining the relationship of Gilgit-Baltistan with the former princely state of Jammu and Kashmir.

They also differ in views on how the lingering Kashmir dispute should be resolved. The majority of the people in Gilgit-Baltistan maintain that their forefathers liberated the region from the despotic rulers of Kashmir in 1947 and subsequently declared allegiance with the newly created state of Pakistan. Therefore they expect Pakistan to merge their region as its fifth province. However, there is a significant minority which promotes the idea of an independent republic. It points to the fact that UN resolutions on Jammu and Kashmir require Pakistan to withdraw from Gilgit-Baltistan and transfer control to local powers. It therefore maintains that the people of Gilgit-Baltistan have the right to rule their land without any interference from Pakistan.

On the other hand, the people of AJK, often considered the voice of the ongoing separatist movement in Indian Kashmir, consider Gilgit-Baltistan an integral part of Kashmir and vehemently oppose its merger with Pakistan. Similar views prevail across the line of control (LOC), wherein both the pro-Indian Kashmiri leadership and the separatists claim Gilgit-Baltistan as part of Kashmir.

Recently, Molvi Umar Farooq, the leader of the separatist Hurriyat Conference, while talking to the media in Pakistan’s capital Islamabad, reiterated Kashmir’s claim over Gilgit-Baltistan. Similar assertions have come from the political and religious leaders of Diamer district of Gilgit-Baltistan including the members of Gilgit-Baltistan National Alliance. These differing thoughts on the fate of Gilgit-Baltistan strain the already polarized and charged discussion among various stakeholders who strive to build alliances across sectarian, linguistic and ethnic lines.

Pro-Pakistan leadership in Gilgit-Baltistan has repeatedly condemned Kashmiris for such overarching claims over their region. However, the same leaders have also been unsuccessful in convincing successive Pakistani regimes to amend the country’s constitution and merge Gilgit-Baltistan. Even today, Pakistan’s federal institutions including the Supreme Court, Office of the President, Office of the Prime Minister, cabinet members, chiefs of the armed forces, and heads of different parliamentary committees maintain that Gilgit-Baltistan is a UN declared disputed area and her residents cannot be declared citizens of Pakistan until India and Pakistan resolve the issue of accession of Jammu and Kashmir.

Given India’s claim over Kashmir and Gilgit-Baltistan, an amicable solution between the two countries is indeed a Herculean task. For Pakistan to retain permanent control over Gilgit-Baltistan, it will have to withdraw the issue from the UN and persuade India to amend its constitution to redefine the international boundary between both countries. Given the fragmented nature of the parliament, no Indian government is in a position to muster a two-third majority and convince lawmakers to concede almost 90,000 square kilometers of land to Pakistan. Another source of ire for India is Pakistan’s unwillingness to discuss the issue bi-laterally and its insistence on a larger multilateral role. Hardened attitudes have hindered ability of both countries to successfully engage in conclusive dialogue on the dispute.

While India and Pakistan have established constitutional frameworks in their respective areas of Kashmir; Islamabad rules Gilgit-Baltistan through ad-hoc presidential ordinances which are subject to periodic renewals. At this time, Gilgit-Baltistan has no representation in federal judicial and political institutions. Lacking constitutional legitimacy, Gilgit-Baltistan’s overall development and social fabric have suffered and the situation hinders justice and equal human rights.

Now, as the people in Gilgit-Baltistan slowly awaken to the reality that they will not become Pakistan’s citizens anytime soon, they are starting to demand the same rights the people of AJK have enjoyed since 1949. This includes the establishment of a constitutional framework, the offices of the President and Prime Minister, a Supreme Court and reinstatement of State Subject Rule.

The Gilgit-Baltistan Democratic Alliance, a leading political conglomerate of eight nationalist parties favors such a setup till the resolution of the Kashmir dispute. To advance such demands, prominent political figures of Gilgit-Baltistan including the Vice Chairperson of Pakistan Workers’ Party, Babajan Hunzai and member of Gilgit-Baltistan Legislative Assembly, Raziuddin Rizvi, recently visited AJK and shared their views with the local leadership there. An encouraging gesture came from the legislative assembly of AJK afterwards which passed a unanimous resolution demanding a separate constitutional framework for Gilgit-Baltistan.

Senge H. Sering is the President of Washington, D.C.,-based Institute for Gilgit Baltistan Studies. He hails from Shigar valley of Gilgit-Baltistan.

Our thanks to American bazaar