Brief introduction of the interviewee: 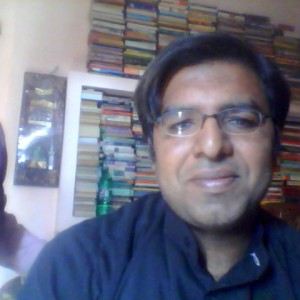 Aamir Hasaini started politics as member of the Peoples Student Federation (PSF) and worked at various positions in the student wing of the PPP. He has also worked in PYO before joining stepping in the fabric of the main PPP. Currently he is a professional journalist and columnist. He also writes regular articles for LUBP and various newspapers and websites.

LUBP: What is your association with the PPP? Brief history or/and views please?
I am General Secretary of PPP study circle wing, in District Khanewal (Punjab).

This is the only political party which represents the working class of urban and rural backgrounds in Pakistan. Its founding ideology gives power to masses.

Yes I am seriously feeling this distance between the party leadership and masses. First of all, the PPP’s leadership is not in contact with grass root workers of party and its office holders never go to cities,towns,villages. Its organizations particularly in Punjab mostly are dead and exist only in papers.

First reason of that disconnection was the failure in delivering the promises made by leadership to party workers. Second reason was the domination and control over party of feudal and wealthier class which have elitist mentality and consciously maintain a distance from poor party workers.

PPP always has an image of anti- establishment party. But in their previous most recent tenure whenever a chance came to enhance that image, the party bowed in front of establishment. Such policy of inclination toward establishment damaged the party’s image.

Monopoly of certain groups of elites in the Party has been become serious issue. Being a journalist having sympathies for PPP I wrote many articles, report  and even letters to leadership about this issue which was cutting popular roots of the Party in masses particularly in youth. But nobody took pain to change this tendency.

I personally know that leadership of the PPP tried to manage perceptions in the masses through media and they distributed heavy amounts among some anchors and reporters and gave bribes in grants to members of APNS, CPNE and patronage to many other journalists. But this policy did not work. PPP never paid attention on its actual performance in government. Mismanagement was on peak and there was nobody present to control this.

Other thing which I call tragedy for the party was that our leadership during the last tenure tried to get support of such media persons who are children of General Zia and establishment eg Mujib Shami, Arif Nizami, Abdul Qadir Hasan and others. I was told by inner circle of Kaira and others that some persons of Government and a real estate con contacted such anchors and journalists and tried to get their support. However, in the end, such effort proved futile and heavy amounts spent were wasted…..khaya piya kuch nahi , glass tora bara aane.

Our government gave posthumous award to former federal information minister in Zia era and ignored pro democratic, progressive and radical journalists totally. Can any body tell me what helped Shoaib Khan Bhutta type so called editors and owners of dummy news papers in managing the image of Party in masses while they got heavy amounts through secret funds of information ministry and ads. What was the justification of allocation of funds to Saaleh Zafir, reporter of Jung group, who propagated malicious reports against PPP during five years.

Haha…….Can we call this strategy?effectiveness of such stupidity is out of question.

In my view PPP did not take pain to prepare any strategy to develop media and strategic wings in house seriously. And i wrote many articles in which U pointed out that in the start Zardari Sahib was serious to change strategic polices of the country and we saw some action by the Government in the start eg notifications about control of ISI and IB.

But with in one and half year, PPP quit such efforts and handed over all control to military establishment. Serious defeat of Party in this matter was forced resignation of Hussain Haqaani. In my view, the Memogate scandal was the last nail in coffin. After that, the military establishment gained whole control.

In my view we can not blame the party’s media advisors and media policy for this callous management. Actually when Salmaan Taseer and Shehbaz Bhutti were killed then Party leadership withdrew its secular, progressive and pro-minorities policy.Even I think our party leadership took a U-turn and practically bowed in front of the clergy and fundamentalists. New Governor after murder of Taseer removed his portrait from the Governor house. No anniversary meeting was held in the Governor house and no leadership went in the Chehlum of Salman Taseer. The reforms committee for the blashphamy act was abolished after the murder of Shahbaz Bhutti.

I think big reason of this inability was policy of maintaining the status quo.

There are many such stupid decisions made by our leadership and we are still wondering about rationale behind such actions.

LUBP: Why has peoples party failed to engage or attract Young Jiyalas?

I think the Party has no policy to engage with youth but only to tease and disappoint them.