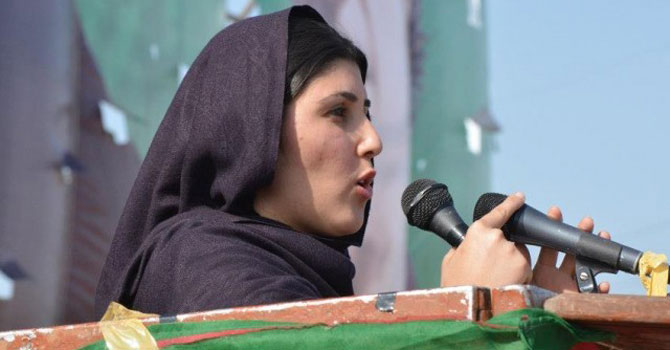 Persecution of Ahmedis, Shias and other religious minorities has killed the true essence of secularist ideology of Muhammad Ali Jinnah, who never envisioned creating a theocracy or a religion-based state.

Under the garb of so-called reconciliation hardly any political party would afford to endorse those comments, but several young debutant Members of the National Assembly (MNAs) are poised to challenge the set norms and mindsets.

“I agree that declaring Ahmedis as non-Muslims was a wrong decision. State had nothing to do with the religion of people,” commented Alizeh Iqbal Haider, referring to Quaid-e-Azam’s most famous speech of August 11, 1947.

Ironically, it was one of the most enlightened prime ministers of Pakistan, Zulfiqar Ali Bhutto, who under severe pressure from right-wing forces had agreed to introduce a constitutional amendment, in 1977, to declare Ahmedis as non-Muslims.

Alizeh vowed to carry legacy of her late father, Iqbal Haider, who after proving his mantle in political arena attained an iconic stature in the field of human rights. He held the coveted post of Human Rights Commission of Pakistan (HRCP).

A TV anchor commented that Alizeh was going to be another sensation in the Parliament given her confidence, style and demeanour. The way she conducted herself on the day of oath taking left many onlookers impressed. She, however, did not like the idea of presenting female members as fashion models.

With high ambitions, big dreams and lofty desires the first-time MNAs are mindful of thorny path ahead. As many as 119 debutant MNAs have taken oath. Majority among them comprises young and energetic people. Some express a great deal of idealism at the infancy of their parliamentary career.

“The tormenting discrimination against minorities in Pakistan must be ended. And education is the only solution. May be a decade is needed for the reversal,” said Alizeh during an interview.

When asked how the term secularism should be interpreted in Pakistani context, she said one must be tolerant to the opposite views and let people do whatever they want within the confines of laws.

Being an advocate herself, she demanded changes in controversial Hudood and Blasphemy laws. Referring to brutal killings of Salman Taseer and Shahbaz Bhatti, she cast aside the potential threats to her life in case she raises such sensitive topics on floor of the National Assembly.

“I experienced hardships because of my father’s political affiliations. I grew up in a household which suffered. I am not scared. And why should I be,” she snapped.

Condemning religious intolerance is never welcomed in Pakistani society. The reactionary forces have always been vociferous against those who dare challenge them. The vocal liberals are pushed to the wall and, in some cases, silenced with the gun.

“I don’t know what true ideology of Pakistan is. Everyone has his or her own version. The predominant view was churched out after the demise of Quaid-e-Azam and got the currency during Zia dictatorship,” Alizeh said.

The young MNAs have been dreaming of changing the system – something quite normal for the first timers. Many would change themselves as the time goes by. A few would maintain the posture without creating much fuss. Still fewer would have the stomach to get vocal and invite the ire of their senior colleagues.

Aisha Gulalai thought otherwise. She had faith in her leader, Imran Khan, who awarded her a party ticket to become the youngest (among the present lot) MNA on women reserved seats. She said the chairman of Pakistan Tehrik-i-Insaf (PTI) wanted positive change in Pakistan and would support his comrades working to meet the same objective.

Gulalai is the first female MNA from restive tribal areas. Hailing from South Waziristan, she truly represents the soft image of Pakistan. She owes her political successes to her parents who were encouraging despite facing castigation from the people living nearby.

She had some firm views on how to deal with insurgency and militancy. “Dialogue is the only option to eliminate terrorism from Pakistan,” she declared. She demanded general amnesty for the militants, even those who had taken pride in killing innocent people.

The PTI MNA believed the US drone attacks were worsening the situation, only adding to the miseries of Pakistani people. She demanded complete halt on drone strikes.

The other young MNAs were also heard talking big. They may be justified in doing so, but reality is always far from fiction. It is to be seen how they will conduct themselves when their strong sense of idealism is not appreciated. And when would their dreams shatter in face of hardcore political realities.