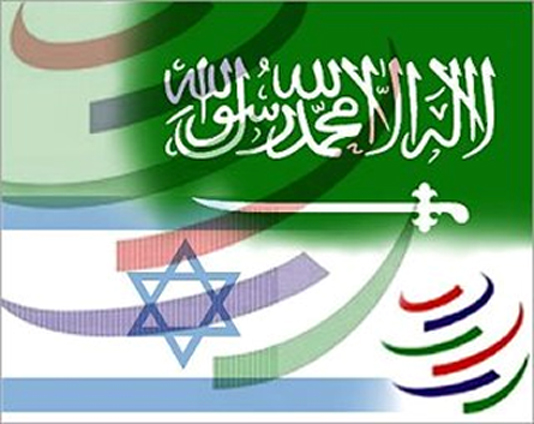 An article posted by a former CBSNews producer Barry Lando claims that none other than Saudi Arabia helps fund Israeli Mossad operations against Iran.

“A Strange Alliance: Are the Saudis Bankrolling Israel’s Mossad?” appears on his blog. Lando’s source is named only as “a friend, with good sources in the Israeli government.”

He wrote, “The head of Israel’s Mossad has made several trips to deal with his counterparts in Saudi Arabia-one of the results: an agreement that the Saudis would bankroll the series of assassinations of several of Iran’s top nuclear experts that have occurred over the past couple of years.

“The amount involved, my friend claims, was $1 billion dollars. A sum, he says, the Saudis considered cheap for the damage done to Iran’s nuclear program.”

Lando admitted that “the tale sounds preposterous” but added, “On the other hand. it makes eminent sense. The murky swamp of Middle East politics has nothing to do with the easy slogans and 30-second sound bites of presidential debates.”

Israel and Saudi Arabia have at least one thing in common: neither country wants to allow Ahmadinejad to obtain nuclear capability.

Lando noted that the claim of the strange alliance “also makes perfect sense, that, in retaliation for the cyber attacks on their centrifuges, the Iranians reportedly launched their own cyber attack on a Saudi state-owned target: Saudi Aramco, the world’s most valuable company.”

“A report earlier this year by Tel Aviv University cites Saudi Arabia as the last hope and defense line for Israel,” Lando wrote. “With most of Israel’s traditional allies in the region sent packing or undermined by the Arab Spring, the Saudis are the Jewish State’s last chance to protect its political interests in the Arab world.”

Lando has long experience on Iran. He recently wrote a book called “Web of Deceit: The History of Western Complicity in Iraq, from Churchill to Kennedy to George W. Bush.”

He charged on Counterpunch earlier this year that Israel, the United States and Irando not understand each other’s motives while “their advisors are engaged in an incredibly dangerous three-way game of blind man’s bluff.”

He said he personally ran into American ignorance in 1980 when he was producing ’60 Minutes’.

“I was struck by the total inability of Americans—even at the highest level—to understand the emotions and history that drove the hatred of all things American that had exploded in Iran with the fall of the Shah,” Lando wrote.

“Just up West 57th street from CBS News, for instance, was a huge billboard with the diabolical image of Khomeini glowering down on New York. I suggested we do a report to give Americans a better idea of what was driving Iran’s revolutionaries and their violent feelings against the United States….

“I stitched together a tough report with Mike Wallace based on a series of interviews in New York and Washington.’ Former Secretary of State Henry Kissinger was charged by one interviewee “for turning a blind eye to the excesses of the Shah, and refusing to have any contact with the opposition groups.”

Lando also reported that classified U.S. documents exposed by Iran “showed that American diplomats based in Teheran had warned Washington months earlier of the threat of a possible hostage-taking – particularly if the U.S. allowed the despised Shah to come to America for medical treatment, as the U.S. ultimately did. Those warnings had been completely ignored by Washington.”

However, before the program was broadcast, President Jimmy Carter called the president of CBS News “to try to convince him not to broadcast the report. It would, he said, undermine U.S. negotiations with Iran at a very delicate time.”

CBS did not agree to back down but agreed to change the report’s title from “Should the U.S. Apologize?” to a more neutral “The Iran File.”

“It was difficult to understand how our report could upset the hostage negotiations,” wrote Lando. “We were not revealing any secrets to Iran. The Iranians already knew well the role of the U.S. in their own history. The people we were informing were 20 million Americans — who didn’t understand what was really roiling Iran.