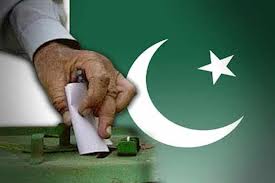 One of the most dreaded consequence of defeat of PPP and ANP in elections 2013 will be the change in their policies on “War on Terror”. We are already hearing voices within the parties, that the defeat is due to the policy on Extremism and War on Terror. It is quite possible that rightest took over the parties. They will follow the policy of appeasement in order to bring themselves in the good books of extremists and right wing media.

I consider this more than probable, elections 2013 have destroyed the true liberal ideology. Other day I wrote on the possible worst case scenario, but a more probable scenario we’ll see will be a repeat of what happened during Zia’s tenure and 1990’s. I foresee a competition between IK in KPK and NS in centre to appease the right wingers, which would mean more Islamism. I foresee stricter policies on internet and television entertainment channels. Robbing general public in the name of interest free banking, and also stricter policies against minorities and Shias. The heat from  Syria, Iraq and Bahrain is already reaching Pakistan, and with the right wing government in Center and KPK and right-wing opposition and right-wing media there will be new laws against Shias.

On the brighter side, we are going to experience less suicide attacks and bomb blasts. In Punjab there were already very few attacks, people of KPK have learnt from Punjab and have their skin by electing IK, no more Mala Yousafzai there. In fact such activities will now be limited to interior Sindh and only the shrines will be targeted, we have already seen this phenomenon growing in the last few months.

We shall also see better economy growth, particularly we expect to see more power generation. And if the foreign investors are no more reluctant to invest than we’ll see the rental power projects coming back. PPP is very poor in selling themselves otherwise I know why the “Rental Power Projects” and “Raja Rental” was targeted by the establishment, it was a well calculated and thought out plan to halt the power generation via rental power projects. Although it caused great hardships to people of Pakistan, but the plan paid off in Punjab. However we are lucky that there is no one in PPP who could influence the investors not to invest in Pakistan (of course I would doubt even if there was one, PPP would have done it). So in terms of economy and power generation we are going to have good days ahead.

So in summary, the next 5 years would mean, less suicide attacks, better law and order situation, better economy and less load shedding at the expense of more Islamism, stricter control on media and internet and less space for minorities and Shias, besides the tug of war between extremists and right-wingers.

Many people wonder that if that is the price to pay than it is not a huge price. We have seen the bloodiest 5 years in which thousands of Shias died, Christian houses burnt, children and women jailed for blasphemy, bomb lasts and suicide attacks in southern Punjab and interior Sindh. If it required only this change in the government than it is not a big price to pay.

I would try to write on this in more detail but suffice to say that Syria, Libia, Egypt, Bahrain and all other so-called “Arab Spring” countries had what we are going to have for next 5 years, and this is only a road to destruction, start of the journey. Let us not reverse the wheel of history. Let us not give up. PPP and ANP should not be taken over by the right-wingers. Pakistan is not a middle eastern Arab state inhabited by the lambs of Moses, Jesus and Muhammad, it is the land of followers of Bulleh Shah, Rahman Baba, Shah Abdul Latif Bhitai and Data Gunj Bakhsh. The people belonging to a 4000 years old civilisation of tolerance, liberalism and mysticism can not be defeated by a barbaric arab culture. The battle must go on.