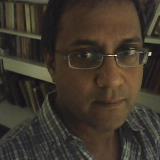 How do we read PPP’s collapse in Punjab? Not the immediate causes, but likely scenarios. It’s a long post, so take your time.

Some PPP well-wishers might take comfort from 1997 from which the party had rebounded by the time Musharraf held his 2001 local government elections. But there are two important differences:

(1) 1997 polls were heavily manipulated [under an ISI-installed pro-PMLN caretaker set-up] – no such plea can be sustained today. Yes there was manipulation, but the collapse is political.

(2) PPP was still the ‘second’ force in Punjab in terms of vote share, and had something to build upon to rebound – this time there is PTI.

I use the word ‘political collapse’ in the sense that even if there was rigging as being alleged (i.e non-political), the political failure was manifest in the fact that PTI emerged as the main challenger to Noon (i.e. PML-N). I agree that we should look into the reasons for the collapse – political and non-political. But accepting the political collapse as a fact has its own implications for future scenario-building. We are where we are and the clock cannot be turned back.

(a) the party attempts a rebuild in the south on Seraiki/regional development issues, i.e. give up on the north;

(b) it tries to become even MORE like a Muslim League faction and bide its time – ditching any remaining social-democratic hue and courting ‘electables’ (eg Wattoo), banking on inevitable failures of the coming government (inevitable, not because Noon are bound to fail, but because ALL governments are bound to fail);

(c) be aggressive about anti-jihadism, selected social-democratic/working class/women’s issues (eg ASWJ-Taliban’s violence against Shias and Sunni Barelvis, misuse of blasphemy law against Ahmadis, Christians etc) and selected secular causes (as opposed to middle class populism) across Punjab but particularly the north, where neither PML-N nor PTI can ever really outflank it – i.e court working classes, women, and pro-secular segments at the expense of the conservative middle classes. [It’s a fact that majority of Shia Muslims (traditional voters of the PPP, accounting for roughly one fifth of all voters in Pakistan) drifted away from PPP to PTI because of the fact that the party silently presided over Shia genocide in last 5 years and showed insensitivity and inaction on this issue. Also, the party alienated Sunni Barelvis whose shrines and leaders were regularly targeted by ASWJ-Taliban terrorists. Ahmadis, Hindus and other communities were alienated due to similar reasons.]

I state these as alternative scenarios, but in fact they are not mutually exclusive. Still, there is the issue of how much weight to give to each of the three possible lines.

I think option (b) has enjoyed the greatest weight up to now. The emergence of PTI, however, makes the viability of (b) questionable, as PTI can more comfortably occupy the space that exists for an anti-Noon party in Punjab. Of course, much of PTI’s policy platform is identical to Noon, hence its greater comfort. So, a choice between (a) and (c), or some combination of the two would seem logical – even if it is seen as challenging and disturbing to the leadership. But then if you have so little to lose, why not try something different.

The spoiler in any (a) (c) combo will be the uncertain durability of PTI which will face serious challenges now. The post-tumble Imran looks psychologically vulnerable, the tsunami did not happen, Punjab PTI is dominated by electables who owe less to Imran than he would have liked, and KP PTI may sooner or later go out of his control. So if PTI turns out to be a fizzle then the PPP leadership will continue to look favourably at scenario (b) which makes for a less interesting time for us all.

The PPP Co-Chairman is a player and likes to see opportunity in adversity, and here it is in ample proportions. I am convinced that it cannot be healthy for a large and vibrant society like that of Punjab to be without a viable centre-left, or at least centrist, political voice which it currently does not have. And please, let’s be serious, do not try to sell a small leftist faction for this voucher.