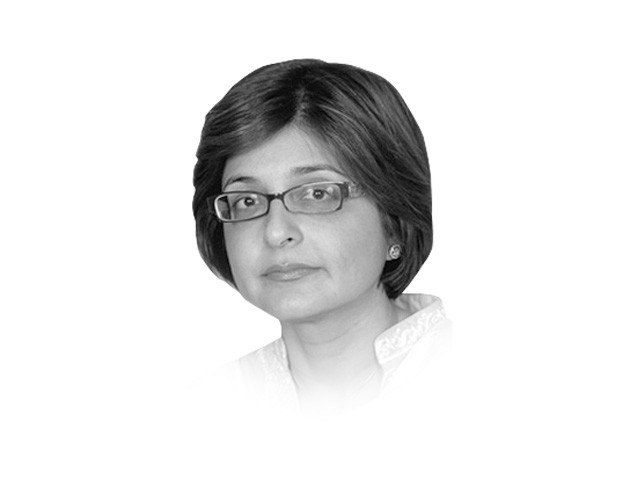 AP CHALLENGES AHEAD: Nawaz Sharif is not the only one facing challenges.
While Nawaz Sharif has won the election decisively, he faces the challenge of reaching out beyond his main base in Punjab to the rest of Pakistan

Pakistan achieved a historic landmark with the completion of its five-year term by the civilian coalition government led by the Pakistan Peoples Party (PPP) and the successful completion of elections resulting in the clear victory for Nawaz Sharif’s Pakistan Muslim League (PML-N). The election results, surprising for many, point to the challenges ahead for the country.

Although the PML won enough seats to be able to form the government without having to bargain too much with too many factions, its success comes entirely through the support of one ethnic group — the Punjabis. Every Pakistani province appears to have chosen a different party to represent it. The overall high turnout nationwide masks the harsh reality that very few people voted in Balochistan, where alienation from the centre has been growing.

There is no doubt that people voted out the incumbents amid questions about their performance. But the virtual wiping out of the PPP in Punjab means that each Pakistani political party now reflects the dominant sentiment of a particular ethnic group. The PPP was the only party that had representation from all four provinces of Pakistan in the outgoing Parliament.

The election result may be a step forward for Pakistani democracy. It is a step backward for the Pakistani federation. Given the history of complaints about Punjabi domination, Nawaz Sharif will have to reach out to the leaders of other provinces. Authoritarian rule has undermined national unity in the past because of Punjab’s overwhelming supremacy in the armed forces, judiciary and civil services. Democracy should not breed similar resentment among smaller ethnic groups through virtual exclusion from power at the centre.

In addition to bringing the provinces other than Punjab on board, Sharif’s other major headache would be to evolve a functioning relationship with Pakistan’s military establishment. Although he rose to prominence as General Zia-ul Haq’s protégé, Sharif clashed with General Pervez Musharraf over civilian control of the military. He might be tempted to settle that issue once and for all, partly because of the sentiment generated by his overthrow and imprisonment by Musharraf.

Changing the civil-military balance in favour of the civilians would be a good thing. But if it is done without forethought and caution, it could end up risking the democratic gains of the last several years. The PML-N’s view of Pakistani national identity being rooted in Islam and the two-nation theory does not differ much from that of the Pakistani establishment. His real difference with the establishment is over his belief that he, as the elected leader, and not the military must run the country.

Sharif has publicly stated his intention to pick up the threads of the peace process he initiated with Atal Bihari Vajpayee in 1999. That process was undermined by the Kargil war, which Sharif now says was initiated by Musharraf without his authority. There can be no assurance that the establishment will let Sharif move forward over changing Pakistan’s posture towards Afghanistan and India, something it did not allow the PPP-led coalition to pursue. Moreover, having been elected with the support of hardline conservative Punjabis, how far can Sharif go against the wishes of his base?

During the election campaign, Sharif said little about Afghanistan. In his previous two terms he maintained close ties with the United States but did nothing against the jihadi groups. It was under Sharif’s rule that Pakistan officially recognised the Taliban regime and established diplomatic relations. This time, he has spoken of good relations with the West but his voters are overwhelmingly anti-American. The best he might be able to do on foreign policy would be to say the right things publicly without making tough policy decisions.

The Punjab electorate, in particular, and some parts of Khyber-Pukhtunkhwa were clearly swayed by a hyper-nationalist tide, with tinges of Islamist grandiloquence. Sharif’s PML-N and Imran Khan’s PTI used similar hyper-nationalist, anti-American language about Pakistan no longer asking the West for aid. Both parties courted Islamist extremists to bolster their respective vote banks. It might be difficult for them to get off that tiger any time soon.

The National Assembly seat break-up is skewed in favour of one province, the largest province of Punjab. Punjab sends 148 general and 35 women’s seats or a total of 183 out of 342 seats which is more than half the seats in the lower house of Parliament. With deep ethnic, linguistic and economic diversity among the provinces, with trust between the provinces being at an all-time low and with the challenge of terrorism facing the country, there is a need for Mr Sharif to show statesmanship and to appeal beyond his urban Punjabi base.

Sharif is not the only one facing challenges. The PPP has suffered a national setback but has held onto its base in Sindh. It is now time for the party to look inwards and understand that the country has changed. It is growing more urban and Sindh is also doing so. The party is down but not out. It will have to reinvigorate itself by asserting its liberal, social democratic roots. Like the Congress in India, it can continue to seek unity in leadership from the family of Zulfikar Ali Bhutto and Benazir Bhutto. But it has to be a party that is not dismissed as a family enterprise.

As for Imran Khan, he achieved a breakthrough by mobilising disenchanted, apolitical youth. But if he seeks to remain relevant he must realise that there is more to politics than slogans and catch-all phrases. Railing against corrupt and patronage-based politicians is one thing, offering a viable democratic alternative is quite another.

(Farahnaz Ispahani is a former member of Pakistan’s Parliament and media adviser of the co-chairman of the PPP, President Asif Ali Zardari.)