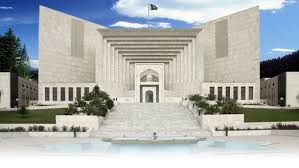 ISLAMABAD: At least 18 politicians belonging to several mainstream political parties, including Nawaz Sharif and Shehbaz Sharif, who had been named in the Mehrangate scandal as the alleged recipients of millions of rupees dished out by the ISI before the 1990 polls, are contesting the upcoming general elections without having been cleared in the scam.

Six months down the road since the apex court had announced its historic verdict in the Asghar Khan case, these 18 politicians have yet to face any inquiry or investigation by the Federal Investigation Agency (FIA) as ordered by a three-member bench, comprising Chief Justice Iftikhar Mohammad Chaudhry, Justice Jawwad Khawaja and Justice Khilji Arif Hussain. Sixteen years after a retired air marshal filed a petition against a former chief of army staff for sponsoring the Nawaz Sharif-led Islami Jamhoori Ittehad (IJI) to defeat the PPP in the 1990 polls, the Supreme Court had ruled on October 19, 2012 that the 1990 polls were rigged and that action should be taken against former army chief General (retd) Mirza Aslam Beg and former ISI chief Lt Gen (retd) Asad Durrani for violating the Constitution by manipulating the 1990 polls. The IJI won these elections and Nawaz Sharif became the prime minister.

The Supreme Court verdict had stated: “Legal proceedings shall be initiated against the politicians, who allegedly have received donations to spend on election campaigns in the general election of 1990. Therefore, transparent investigation on the criminal side shall be initiated by the FIA against all of them and if sufficient evidence is collected, they shall be sent up to face the trial, according to law. Mr. Younas Habib shall also be dealt with in the same manner. Proceedings shall also be launched against the persons specified hereinabove for affecting the recovery of sums received by them with profit thereon by initiating civil proceedings, according to law”.

However, six months later, the FIA has neither initiated any inquiry nor investigated any of the alleged beneficiaries of the ISI funds as directed by the apex court, for strange reasons. The inaction on the FIA’s part has enabled at least 18 politicians to contest the upcoming elections without having cleared their names.