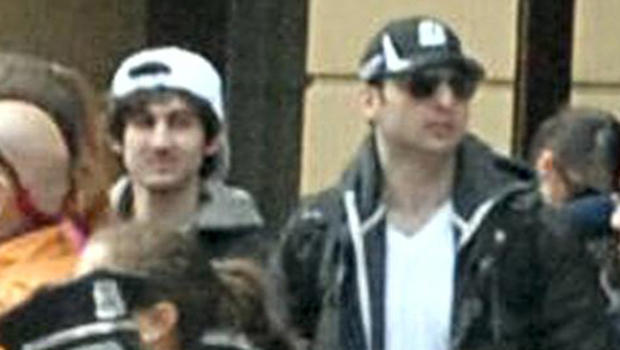 Editor’s note : This article is a response to Peter Bergen’s article in CNN an highlights an alternative view of the media frenzy about the Boston Marathon blasts. More than a hundred people are dead to global terrorism in the past seven days, most are killed by Wahhabi, Salafi or Deobandi radicals in Iraq and Pakistan. We have to be more objective in the causes of global radicalization and terrorism. We cannot have selective morality towards the source of this radical thinking and keep giving the Saudis a free pass. European or American journalists need to be specific and clear. We cannot go after the terrorists unless we identify them clearly. Painting Muslims with a broad brush is not the solution.

There are plenty of US grown and raised terrorists including  but not limited to Timothy McWeigh (Oklahoma City Bombing, killed 168 injured 800), Jared Lee Loughner (2011 Tucson shooting) killing 6 while attempting to kill a US Congress Member, James Eagan Holmes (2012 Movie Theatre shooter) who killed at least 12 and injured many more. Adam Lanza (Sandy Hook Elementary) 20 children killed + 6 Adults.  Do we know the religion and denomination of these terrorists? Who radicalized them?
2. How do you square the multiple descriptions of the brothers as “good guys” with the fact that they plotted mass murder?
Are there no other examples of US “good guys” who were not muslims and killed their relatives, neighbors or other fellow citizens?
3. Did the brothers have any training or practice on explosives?

Where did Timothy McWeigh learned how to make bombs and practice exploding them.
The idea is not to defend any perpetrator of such acts but to show that biased reporting and bigotry in press is linking Islam to terrorism for no good reason, making every Muslim a suspect.
4. If the brothers’ motivation had something to do with their Chechen heritage, how might that have played out in this case?

These brothers are actually Russians, why is media not calling them Russian because the cold war has ended Communism is the devil of the past the new devil is Islam so they have to find a link to Islam. It is a separate story how this region was radicalized and wahabized where historically they were predominantly sufi leaning sunni muslims.
The mentioning of American born somalians is also another attempt to show that Muslim Americans are not to be trusted or relied on no matter how friendly, well behaved and law abiding they appear (like poingt #2).
5. Did FBI officials make a mistake when they questioned Tamerlan, but didn’t seem to further monitor him?
Once again only using one word (Maybe) to talk about FBI incompetence and then using two totally unrelated examples where the only link is Islam (even clarifying a western looking name as a convert to Islam).
6. Did the brothers intend to die during the attacks or their aftermath?

I am not sure what the author means by “may have been wearing suicide vests” were they are were they not wearing them. Is there some evidence to it? Police films every encounter where is the footage of the police shoot out of these two brothers?
As I said earlier that I have no sympathises to anybody killing innocent civilians muslim or not. This goes with people who use drones to attack on wedding ceremony and kill innocent civilians in Pakistan, Afghanistan, Iraq and Syria. Terrorism should be condemned everywhere be it committed by US client states like Bahrain or Saudi Arabia (in Kateef) or allies like Zionist occupiers of Israel. Double standard, immoral policies and selfish interests is not going to make the world a better place or more peaceful. We are all connected with the bond of humanity and incriminating people whole sale with prejudice is not the way. A true terrorist is does not have any religion except for terror. Due process of the law has to be followed for all, selective application is injustice.

Washington (CNN) — We don’t yet know how or why the Tsarnaev brothers, the alleged Boston Marathon bombers, decided to carry out their attacks, but a look at how their stories correlate with those of some other terrorists living in the West could provide some answers to the questions that many are now asking about them.

Major Nidal Malik Hasan, who killed 13 people at Fort Hood Army Base in Texas in 2009, was born and raised in Virginia.

He self-radicalized, in part, over the Internet, which he used to reach out to the Yemen-based preacher Anwar al-Awlaki for advice about whether it is permissible for Muslim soldiers in the U.S. military to kill their comrades in the name of jihad.

Awlaki, a leader of al Qaeda’s affiliate in Yemen, was somewhat noncommittal in his responses but did not discourage the act.

Investigators will surely be combing through the e-mail traffic of the Tsarnaev brothers to see if they either reached out to militant Islamist clerics or downloaded lectures by such clerics. They will also examine the brothers’ Internet usage to see if they visited jihadist forums or downloaded propaganda from al Qaeda or other allied groups. And of course, it’s possible their decision to carry out the attacks was reached without any outside influence.

2. How do you square the multiple descriptions of the brothers as “good guys” with the fact that they plotted mass murder?

It’s worth recalling that Mohammed Sidique Khan, the leader of the suicide attackers who bombed the London transit system in 2005 killing 52 commuters, was a beloved teacher at a primary school in the northern city of Leeds who taught children with developmental problems, and the happily married 30-year-old father of a baby daughter. Colleagues and acquaintances described Khanas a gentle, kind man.

No surprise then that we are hearing some similar positive characterizations of the brothers Tsarnaev.

3. Did the brothers have any training or practice on explosives?

It seems quite unlikely that the perpetrators would have been able to successfully set off two deadly bombs within seconds of each other without some sort of training or practice.

Bomb-making recipes certainly exist on the Internet, but actually building effective bombs is generally a skill that requires some training or practice, and even then a successful detonation is not guaranteed.

Faizal Shahzad, for instance, received bomb-making training from the Pakistani Taliban before he constructed a bomb in an SUV that fizzled out rather than blowing up as he intended in Times Square on May 1, 2010.

The older Tsarnaev brother, Tamerlan, spent six months in Russia last year. What precisely he did there will surely be of intense interest to investigators. Could he have received some kind of bomb-training from Chechen militants who are experienced in making explosives?

Najibullah Zazi, a Pakistani-American who had also lived for many years in the United States, plotted to blow up bombs on the Manhattan subway around the eighth anniversary of 9/11. Zazi travelled to Pakistan a year before his planned attacks to learn bomb-making techniques from al Qaeda militants. Was this the kind of model that Tamerlan Tsarnaev followed?

Also, might the Tsarnaev brothers have done some kind of test runs of their explosive devices in the United States?

4. If the brothers’ motivation had something to do with their Chechen heritage, how might that have played out in this case?

In the years after 9/11, dozens of young Somali-American men traveled to fight in the civil war in Somalia. Just as the Tsarnaev brothers, these Somali-Americans were first-generation Americans.

For these new Americans, the politics of their homeland can sometimes become more meaningful and important than it was for their parents who fled the chaos of their native countries for the safety of the United States, and who now want to put those conflicts behind them.

What exactly prompted the FBI to interview Tamerlan Tsarnaev in 2011, following a tip from Russia that he was “a follower of radical Islam” and was contemplating leaving the United States to join a clandestine organization?

5. Did FBI officials make a mistake when they questioned Tamerlan, but didn’t seem to further monitor him?

Maybe. This is reminiscent of the case of Major Hasan whose emails to fellow militants came to the attention of the feds before he killed his fellow soldiers at Ft. Hood, but were not followed up on.

Carlos Bledsoe, a convert to Islam, shot up a military recruiting office Little Rock, Arkansas, killing a soldier in 2009. Bledsoe was also on the radar of the feds before he travelled to Yemen. It was only after this trip to Yemen, where he linked up with an al Qaeda affiliate, that Bledsoe carried out the shooting at the recruiting office.

6. Did the brothers intend to die during the attacks or their aftermath?

It seems shocking to many that the Tsarnaev brothers might have been wearing suicide vests during their gun battle with police on Thursday night, but in reality several U.S. citizens and residents have intended to die in terrorist attacks.

Three of the young Somali-American men who traveled from Minnesota to fight in civil war in Somalia later carried out suicide attacks there.

Major Hasan undoubtedly went into his attack on a military base full of armed U.S. soldiers believing that it would be the last thing he did before he died. (That prediction did not come true. He was wounded in the attack but not killed).

The Al Qaeda recruit Zazi, who plotted to bomb the Manhattan subway in the summer of 2009, planned to die in this attack but was arrested before he could pull it off.

7. Were the brothers really “lone wolves”?

Given all the mayhem the two brothers are allegedly responsible for — two bombings that caused three deaths and some two hundred injuries at the Boston Marathon as well as the subsequent murder of a policeman at MIT — did they have some kind of additional help?

According to Boston law enforcement officials, there is no evidence of such help and it’s worth recalling that Hasan was entirely a lone wolf who nonetheless managed to kill 13 on a U.S. military base with heavy security.

8. Did the older Tsarnaev radicalize his younger brother?

Perhaps. Where there is some kind of terrorist cell there is sometimes a leader who instigates action. We saw this in the case in Lackawanna, New York where a group of Yemeni-American men who trained with al Qaeda in Afghanistan before 9/11 were radicalized by Kamal Derwish, a Yemeni American who had spent many years living in Saudi Arabia. Derwish encouraged his fellow Yemeni-Americans to travel to Afghanistan for military training.

9. How unusual is it for brothers to carry out terrorist attacks together?

More frequent than you might think. The deadliest terrorist attack in U.S. history on 9/11 involved three pairs of brothers among the 19 hijackers: brothers Waleed and Wail al-Sheri, Hamza and Ahmed al-Ghamdi and Nawaf and Salem al-Hazmi.