The degree is the best revenge: In Pakistan, judiciary and election commission assume the role played by military dictators 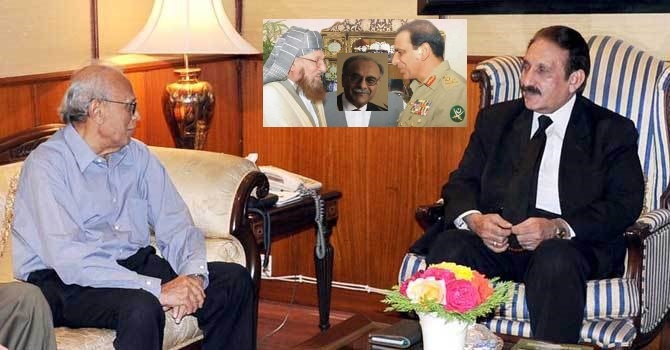 Source: Adapted with some changes from Dawn newspaper

It was perhaps the cruelest April’s fool joke ever played on anyone.

The reference to April 1 is because it was on that day that the Supreme Court ordered that all the legislators who had contested the 2008 election should get their academic credentials verified by the Higher Education Commission (HEC) or risk being disqualified for the 2013 polls.

The order came after the SC took suo motu notice of a media report carried by an Urdu daily which revealed that 189 former members of the national and provincial assemblies were yet to provide their academic certificates for attestation despite repeated reminders.

The saga of the degrees began back in June 2010, when the Supreme Court disqualified Gazanfar Gill, a former Pakistan Mulaim League-Nawaz (PML-N) MPA from Sargodha for holding a fake BA degree.

As part of the judgment the apex court also directed the Election Commission of Pakistan (ECP) to get the academic certificates of all parliamentarians and provincial lawmakers verified within three months.

This led to a minor political crisis in Islamabad as degrees went back and forth; the HEC and ECP were swamped by a flurry of activity and rumours enveloped the city.

There were reports of the pressure on the HEC and its chairman and how influential government officials were threatening the latter, preventing them from the verification.

At the same time, there were hushed whispers that if enough parliamentarians were disqualified the entire parliament would be wrapped up and fresh elections called.

But this crisis too passed – without reaching its logical conclusion.

Once the storm passed, the verification process slowed down as does everything handled by the state bureaucracy.

Neither the ECP nor the SC followed up on the attestation of the degrees. The media too moved on to juicier stories.

But once the elections were announced, the fake degrees issue resurfaced as rivals accused politicians of having lied about this issue earlier.

Once the issue was highlighted and the files were dusted off, it appeared that the HEC had only settled the issue of some 50 plus lawmakers who had used fake degrees to get elected in 2008 (once the parliament came into being, it got rid of this degree condition that had been introduced by General Pervez Musharraf). Around 200 legislators out of the total 1,168 never submitted their documents to the HEC.

Now that the issue has cropped up again, the SC asked 189 former members of the National and provincial assemblies to get their academic records duly endorsed by the HEC within four days.

This will be a tough deadline to meet – if the documents are not cleared and verified by today (April 5), the politicians will not be allowed to take part in the May elections.

They will bear the brunt of this delay. After all, it was the ECP’s responsibility to implement the court’s June 14, 2010 direction and verify the degrees of all parliamentarians and provincial lawmakers within three months.

“Who stopped the ECP from asking the legislators for their degrees and carrying out the verification?” remarked a former judge of the Balochistan High Court (BHC), Justice Tariq Mehmood. He said the court shared the responsibility for it too because it could have stopped the ECP from ignoring the degrees issue for so long.

But the ECP never really pushed the issue till this year. In the second week of February, it wrote a letter to the members of the parliament and provincial assemblies, whose degrees were yet to be attested by the HEC, asking them to provide documentary evidence.

In the same letter, the ECP warned that those who did not provide the documents would be prosecuted.

The former leader of the opposition, Chaudhry Nisar Ali Khan, who was one of the recipients of the letter, highlighted the issue in the National Assembly. Other members of the parliament also rallied around him, calling it witch hunting by the election commission. The assembly then formed a joint parliamentary committee to talk to the Chief Election Commissioner.

Subsequently, the EC withdrew the letter.

However, the committee, under the chairmanship of former law minister Farook H Naek, met the ECP on February 28.

During the meeting it was decided that all candidates for the upcoming general elections will provide documentary evidence of their academic credentials when they submit their nomination papers and that the ECP will send the documents to the HEC for verification.

This seemed to settle the issue till the news report which provoked the SC into giving the April 5 deadline. This has once again created a sense of crisis, which has been exacerbated by the rapid disqualifications of parliamentarians around the country. “Nobody is against the verification of degrees but the timing has jeopardized the election plans of many politicians,” commented veteran Supreme Court lawyer and politician SM Zafar.

He too blamed the ECP and the SC for the inordinate delay in the completion of the degree verification process initiated in June 2010, though he added that the politicians also ignored this issue at their peril.

A senior politician, who didn’t want to speak on the record, said that there were many well educated politicians, who had lost or misplaced their degrees. “What if tomorrow Chaudhry Nisar cannot provide his matriculation certificate,” asked the politician.

But perhaps the best answer came from Justice Tariq who said that the SC deadline would wreck the proverbial boat in the middle of stormy waters. “Changing the rules of the game so close to the elections is unfair,” he added.

He has a point. Do the courts want to end up playing the role played by military dictators in the past?

One response to “The degree is the best revenge: In Pakistan, judiciary and election commission assume the role played by military dictators”