Deconstructing Express Tribune and Dawn’s narrative on “Taliban in Karachi?” – by Ali Arqam 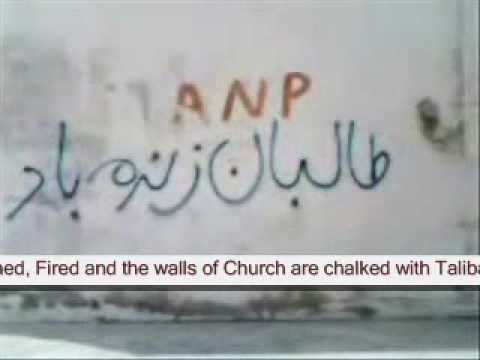 In a session at Karachi Literary Festival (KLF) correspondents of foreign media outlets were questioned about their obsession with the terror tales and news on militant organizations known to the western audience. There were complaints about lack of coverage to the victims of violence and to the happenings in Karachi, where numbers of people killed years in politically-backed ethnic violence during last five are not less than those killed in the suicide attacks.

The questions had mixed responses from the panelists with pledges of future coverage at the end. But it came with keeping the discourse intact and still revolving around the terror tales. Specifically, how Taliban (apparently) have entered the city to disrupt law and order and bringing chaos to new heights.

To contextualize this, the rise of Taliban has been associated to the insurgencies and military operations in FATA and Malakand, and, as a result, Pakhtun migration to the outskirts of Karachi. Detailed accounts of their activities have been provided in these reports focused on these new Pashtun-dominated localities.

While these reports may not be overruled at all, we may point out some of the missing links in these reports. What these lack are a fundamental flaw in understanding the concept of Taliban. If by Taliban, one is only referring to hardcore militants of Pashtun-ethnic origins hailing from FATA and Malakand, then these reports are spot on about their presence at the outskirts of the city. But details about ambit of their activities have been over-inflated.

Their activities here are an extension to their feuds in their native areas. People of tribal areas due to kinships, tribal connections and similar businesses are associated with each other in Karachi. Disputes in family matters or financial dealings have been settled through influential people among them by comprising jirgas. The whole community can easily be kept in line from these centers of influence. The rise of militant groups has shifted the influence from tribal heads and powers have been delegated to the people backed by militant groups.

Among these all, Swat is an exception, where tribal hierarchy has not been that effective, which prevents Swatis from being under the militants control in Karachi, however individuals have been targeted for their political affiliations or being part of army-backed Aman committees in Swat. During recent years, scores of people hailing from Swat, Mohmand, Bajaur and other parts of Khyber Pakhtunkhwa and ANP local officials living in the Pashtun-dominated areas of Karachi have been killed by these militant groups. Their attributes and avatars have helped them committing such acts successfully.

Among these, militants from TTP Swat Fazlullah faction and militants from TTP Mohmand, Umer Khalid and Ikramullah group are accused of most of the killings. While the Mohmand Taliban have been involved in collecting massive amounts as extortion money from their fellow tribesmen of Mohmand and Safi clans residing in Karachi.

These militants do not have the resources, skills and expertise to conduct specialized operations like attack on core commander Karachi, bombing Ashura processions, Abbas Town blast, kidnapping and killing of Daniel Pearl, killing MQM parliamentarians in areas of their influence, bank heists and more sophisticated operations like the Mehran base attack.

In his authoritative work, “Karachi in turmoil” on the genesis of turbulence in Karachi, journalist and researcher Ziaur Rehman has provided extensive details of various local and global Jihadi and sectarian militant groups in the city.

According to journalist, researcher and author of Shadow Wars, Arif Jamal, approximately half a million (500,000) militants have been trained by the state’s security apparatus in a bid to assist various Jihadi outfits in Kashmir and Afghanistan. A reasonable number of them hails from Karachi with almost all the ‘state-friendly’ Jihadi groups have their offices and recruitment centers in Karachi. After the fall of Kabul and changing circumstances on Kashmir front, the insurgencies in tribal regions, many among these trained and highly charged militants joined these militant factions.

These militant factions have their influence across the ethnic divide, which helps them in committing acts of violence against their adversaries and killing targets in almost every part of the city. One only needs to glance at the many bank heists, attacks on franchises of the cellular companies, targeting of CID officials, killings of Shia professionals, assassination of MQM MPAs from PS94 Raza Haider and MPA from PS94 Manzar Imam and kidnappings for ransom. It shows the scope of their activities and outreach in the city. Working under the umbrella of the Tehreek-e-Taliban Pakistan helps the militants in evading focus on the varying in nature of their activities. When journalists and researchers use these details in their writings, they only end up covering a small faction of militants while ignoring the most dangerous elements amongst them. This helps certain political parties directing attention towards particular ethnic groups who have already been on the receiving end of violence.

Ali Arqam is a journalist and researcher based in Karachi. He can be contacted at aliarqam@hotmail.com and interacted on Twitter at @aliarqam