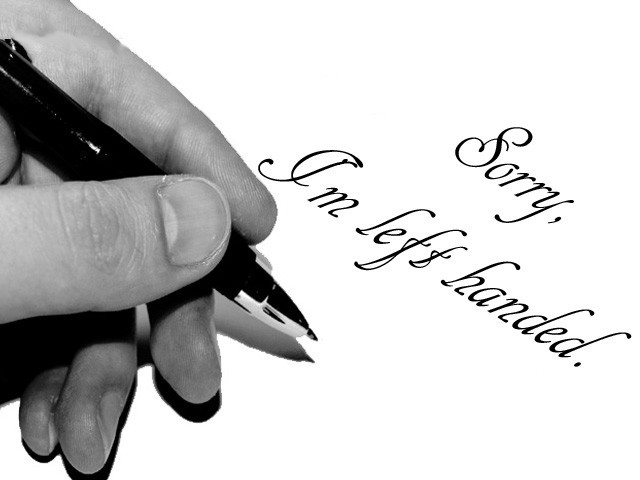 Things you do or don’t or should or shouldn’t span the halal, mubah, mustahab, wajib, makruh, haraam kaleidoscope

I eat with the left hand – always have, always will. I can’t help it! It’s called being “left-handed”, though mercifully enough, it’s still not classified as a transmittable disease…yet!

“Yes, auntie, I know. I’m left-handed”. (Now why do I always speak with an apologetic lilt when replying to aunties who could be better off minding their own businesses?)

“Oh, you poor child! I didn’t realise you’re a lefty. I feel so sorry for you, beta. Didn’t your parents teach you its haraam to eat with the left hand”?

“Tsk tsk. Bechara (poor lad). The parents are not doing anything to save him from jahannum ki aag (fire of hell)”.

This went on for a few years, until I was old enough to play in the street and indulge my kinkiest fantasies of being regularly regaled by my mates about the rather good odds I had of being roasted on the devil’s spit for eating with the left.

Since being reminded of my innate potential as kindling for the everlasting fire had begun to give me a perverse kick, I did the next best thing that most idle chaps unable to do anything better with their time do: I enrolled in college.

For the next four years I became the largest – and persistent – bogey (that’s “Top Gun” talk) on the radar of the student party. I could be relied on to get it wrong and have any number of bhais droning in my ear about my “improper” eating habits. The only thing that slipped under was the naan-roll sold outside college, because it just had to be held with both hands to stop it from getting undone in my lap.

Colleagues, bosses, (peons even), have suffered sudden and irrepressible urges to “redeem” me from the path of haraam, (as if I am a bonus point on their credit card). There’s this compelling allure to them when they’re having a “moral high” hot flash; their voices become syrupy, a bit like Sinatra, (though less evil of course). I can tell you it’s tough resisting a chap who can talk in notes from the left of the keyboard.

Perfect strangers, seemingly amiable fellows, all have walked up to me in airport lounges and told me (most affectionately, I must grant them) that I am eating like the Evil One himself. It used to be that I could tell them to go jump in the most conveniently located sewer – ah, good times, good times – but not anymore.

Nowadays, I wouldn’t dare risk a scarlet letter, so I just stop chomping and hope they’ll reciprocate and stop staring at me with those kind yet sad yet angry eyes that singe my letter into my forehead till I’m reduced to a quivering mass of jelly and just pass the tortilla into the “other”, the “good” hand.

The fact that I’m genetically predisposed to holding things with the left hand doesn’t much figure in the conversation.

“Genetics is just a pseudo-science created by the godless West to justify their deviancy and moral degeneracy. You’re not going to hold that over the good way, surely.”

You see, lefty-ness is a really big issue only with us. I mean, it’s not so big if you look at the really big ones, like not being able to decide who qualifies as a true believer or not, or who should live or die for this. But in the list of little things, it’s pretty big, no? I mean, there are those other little-but-important things like thanking your benefactor with Jazak-Allah khair (may Allah reward you) and not “shukriah” (thank you), or bidding Allah Hafiz, not Khuda Hafiz, or calling each other “brother” and “sister”.

However, being lefty is a seriously “double XX” kind of badness; and if you’re still at it after 44 years, you’d be lucky to meet your own wife “up there”