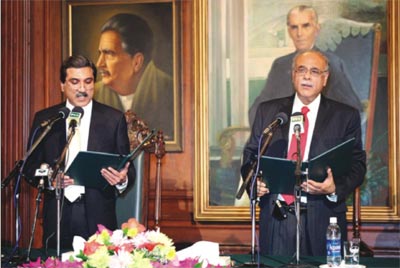 “I will strive to preserve the Islamic ideology which is the basis for the creation of Pakistan”, Najam Sethi’s oath

Compromising his lifelong secular vision about Pakistan, the caretaker chief minister Punjab, Najam Sethi, Wednesday (27 March 2013) vowed under oath that he would strive to preserve the Islamic ideology of Pakistan. He also acknowledged, under oath, that this Islamic ideology was the basis for the creation of Pakistan.

Only recently he had written in an article that Quaid-i-Azam Muhammad Ali Jinnah was a man of liberal views and that the imposition of Objectives Resolution upon the citizens should be given a second thought.

Najam Sethi while taking oath as caretaker CM swore that he would bear true faith and allegiance to Pakistan. He further promised: “That, as a chief minister (or minister) of the government of the province of Punjab, I will discharge my duties, and perform my functions, honestly, to the best of my ability, faithfully in accordance with the Constitution of the Islamic Republic of Pakistan and the law, and always in the interest of the sovereignty, integrity, solidarity, well-being and prosperity of Pakistan:

“That I will strive to preserve the Islamic ideology which is the basis for the creation of Pakistan;

“That I will not allow my personal interest to influence my official conduct or my official decisions;

“That I will preserve, protect and defend the Constitution of the Islamic Republic of Pakistan;

“That, in all circumstances, I will do right to all manner of people, according to law, without fear or favour, affection or ill- will;

“And that I will not directly or indirectly communicate or reveal to any person any matter which shall be brought under my consideration or shall become known to me as chief minister except as may be required for the due discharge of my duties as chief minister or as may be specially permitted by the chief minister. May Allah Almighty help and guide me (A’meen).”

While the oath is already a part of the constitution, the irony of the wording of that oath being affirmed by Najam Sethi is unmistakable. That shows that in the world of politics, compromises on values start from the very first moment. Sethi is an ever compromiser. However, compromises of the noble are different from compromises of political opportunists who remain aligned to military establishment, hurt the Baloch cause and enable Shia genocide by promoting and humanizing sectarian terrorists.

Here’s an article by Abdullah Tariq Sohail, published in daily Nai Baat (31 March 2013), in which the author highlights the opportunistic, non-idealistic nature and history of Najam Sethi and also his connections with his chief financier Malik Riaz of Bahria Town. 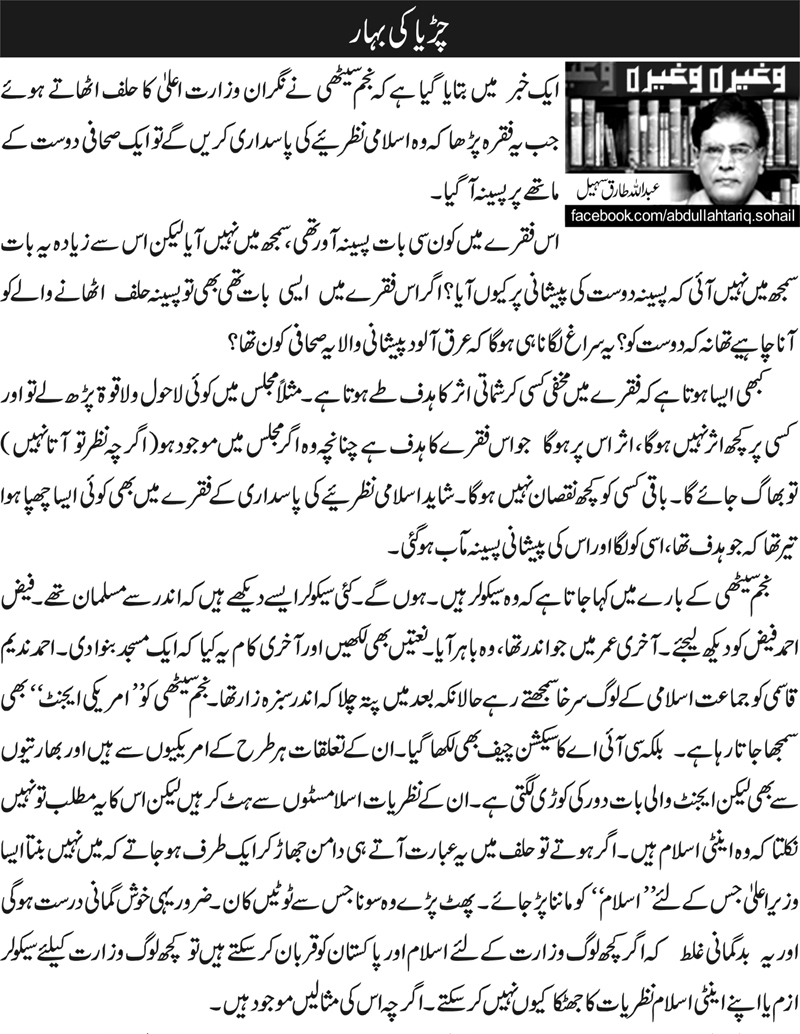 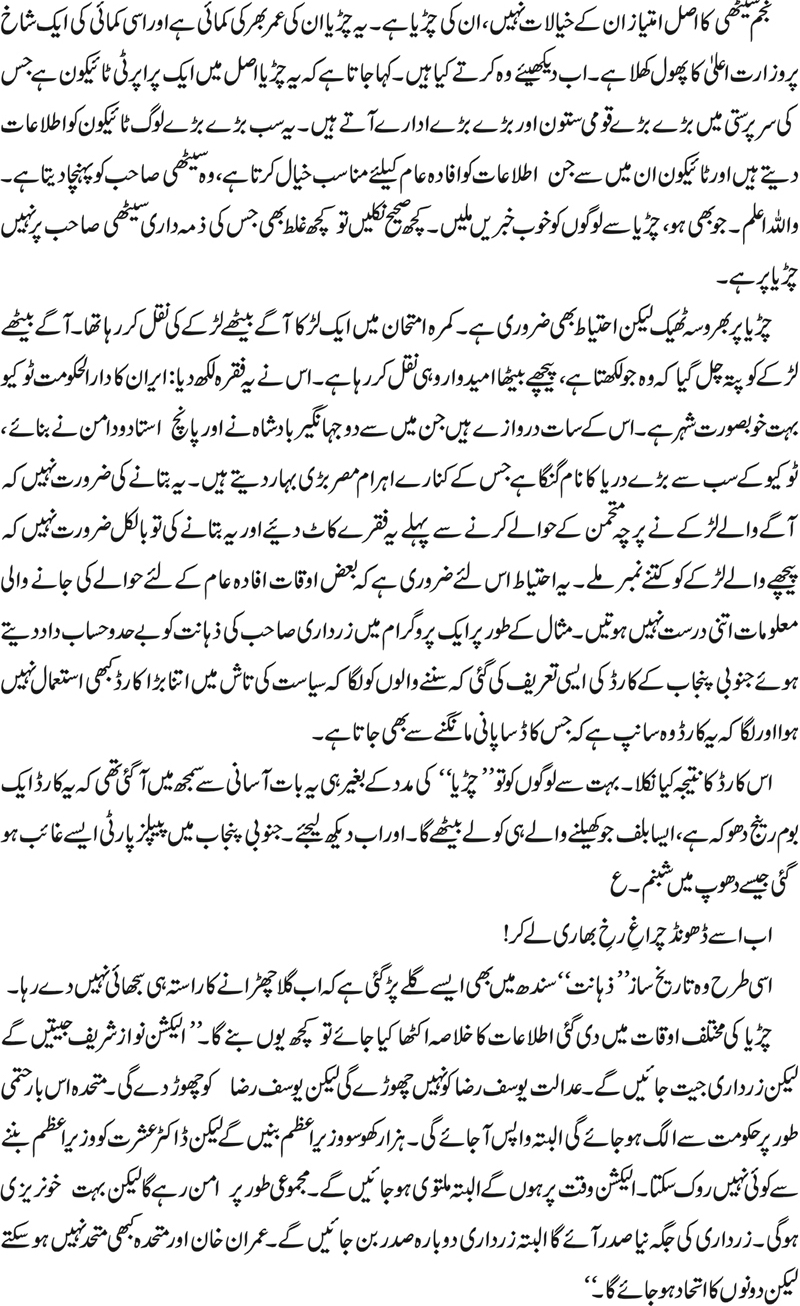 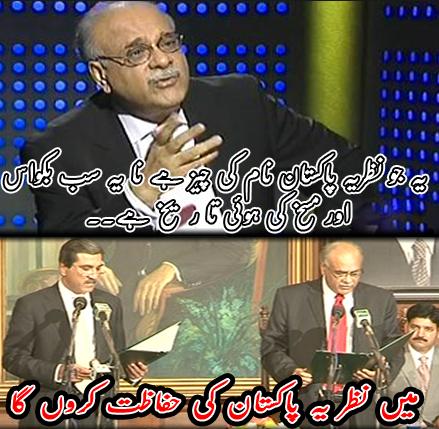