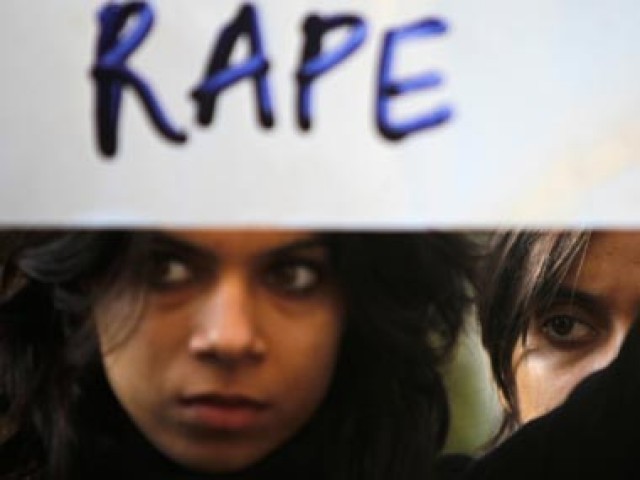 She was raped at the age of ten; she remained silent all these years. Believing that it was not him but her fault, believing that guilty was not that Pied Piper but her. She faced post traumatic stress syndrome and other psychological disorders. Yet the memory chased her like a ghost, past haunted her at every stage of life, until she decided to break the silence, and waived her anonymity when the defendant was facing fifteen more counts of sexual offences against eight more different victims over twenty five years of continued hunt of silent victims.

Darren Purchase was finally arrested when his male victim found out that he was involved in indecent assault with more children, that victim then contacted the police to prevent more victims from predatory rapist.

Helen Alexander, 38 now, dragged by Darren Purchase to his home, and then sexually assaulted twenty-eight years ago. She is not the only one who remained silent after that assault. Such victims are everywhere, anywhere and even in our own families, who remained silent or made silent due to various reasons. I still get Goosebumps when think about one case of mine in Hyderabad, Pakistan, where the victim remained silent and strictly decided not to report police due to social taboo and pressure from her own mother. She was 14 and her stepfather raped her several times. She never told anyone until one day collapsed in her school and the head mistress found about her pregnancy.  Her mother who knew about the incident was rather furious that if we would bring the matter in media she would get divorce again.

It is not only the one case, there are many other unreported cases and incidents in India, Pakistan or many countries, where Girls and women workers, housewives, students decides to remain silent on such assaults, due to not having any moral or social support from their male family members and society. The main reason is the fear to face the reaction of people after reporting such incident. As it is fact that in Pakistan such victims become alien after informing that assault to police or media. The culprits never get conviction due to weak judicial system, therefore, there is only option that either to keep quiet or left alone and cursed like Mukhtaran Mayi. Although international and national media along with NGO’s gave full coverage and fought for her, but the mere fact,  that she never found justice from courts, she is seen with hate in a specific class including former president of Pakistan Pervez Musharraf who called her publicity seeker to get US or British nationality and funding.

Therefore, such victims bear these assaults quietly, assaults from their supervisors of factories, their bosses,  elder cousins, bully neighbours, and the men with direct access to them.

In an interview with 69 female students of Government College Hyderabad in 2009, the writer of this column was shocked to know that 95% of those students were sexually harassed during their course by various men. Those men were drivers of buses, their neighbours, road passers, brothers, or relatives of other fellow students and even by some male staff of the college. However, The ratio of harassment was pleasantly much lower when we asked from the female students of Sindh University, who studied with male students. All of them enthusiastically participated in the survey, however, none of them agreed to bring the matter or complaint in public media or to Police. Similarly, in another questionnaire with around 200 women and working girls in Karachi and Hyderabad in year 2009-2010, 70% of those women were sexually harassed or assaulted by their male bosses. In case of mentioning even to fellow workers, they were threatened to lose jobs or to face other consequences like acid dropping incidents. Therefore, countries like Pakistan where dozens are daily killed due to no reason, how one can expect from these poor women to complaint about such assaults.

Hence, they had no other option but to remain silent and tolerate, sit at home and starve or “be nice with their male bosses”, or co-operate with their female bosses who would send them to some new friends. However, there were few who told me that they complained (Though did not report to Police) but such whistle blowers either were thrown out from their jobs, or were known as bad reputed /blackmailers. In the same year 2009, in my research area, there was a high profile scandal of a college principal who was alleged to supply female teachers to politicians, the woman was though removed but the complainant also lost job. The matter came in newspapers, but like usual, it was only news for few weeks and fun in the local police station but nothing more.

Such women further told me that for such complaints of harassment or indecent assaults at homes, their male family members would either beat them up or force them to stay at home. Only a very small number of women told about the moral help from male family members, though none of them was their husbands or fathers, but other relatives or brothers. Therefore, they had no other way but to tolerate this all, and then suffer various psychological problems like bipolar personality disorders and posttraumatic stress syndrome or do same sexual abuse to other weak victims if the victims themselves are men. Moreover, they would commit theft, be abusive, torture their children, husbands, or wives, and be insomniac or suicidal… Nobody would ever confess that other man has assaulted him. Moreover, in such cases, nobody liked to come over to my office, preferred to meet at some third place only for the sake of privacy, and always persuaded me not to disclose their identities.

Similarly, A woman client, who was badly beaten by her husband for seven long years, only for the reason that she wouldn’t agree for bizarre sex, finally discovered, that the absurd behaviour of her husband was due to being victim of sexual assault in childhood. He could not punish those men who sexually assaulted him but he found a weaker victim to take out his anger as revenge. The dilemma that he almost divorced his wife when she tried to help his trauma by contacting psychiatrists and me, and we hardly covered the issue by assuring him that he misunderstood her.  Therefore, in 96% cases, victims would not go to any psychologist or psychiatrist to discuss his or her problem, due to social disgrace and stigma.  Only 3% of cases are reported, if the victims are killed or thrown in public after rape like Anna Abro and Vijanti cases. Both victims were nine and six year old children and were raped by their neighbours. Six years Vijanti luckily survived but nine year old Anna Abro was brutally murdered and then burnt by the rapists who are though in police custody but not convicted yet due to extremely slow judicial system. Only one percent victims are like Mukhtaran Mayi or Sonia Naz who would go to police, tell media, and then face an unending painful punishment in search of justice. Their personalities are ruined, they can never lead a normal life, but even then nobody have bothered to know that what are they going through, nobody cares  about the mental trauma of their close relatives, and children when they would be hearing from their fellow class fellows that their mothers were raped.

Irony that situation is same even in a developed countries like UK.  Victims like Helen Alexander would keep quiet, as they would find this insulting to be known as rape victims, and the trauma of humiliating questions asked in judicial trial, unless the crime is repeated with more victims or is so brutal that it itself comes in the eyes of public. It was again shocking to know, when the writer asked 26 women in Croydon High street that what they would do if in Helen’s situation, only three of them said that they would go to police or report. Nine of them did not answer and fourteen of them said that they would remain quiet like Helen. They said that it is unbearable to be known as rape victim and they would rather leave the area and start over. One of them cried and said that minor assaults are too common so who cares.

I wonder that why there are no in camera trials, to keep the identity secrets, wonder that how many more Helens quietly living around, silent and holding the pain in their hearts. Afraid not to be known as “Rape Victims”, I wonder, how many Helens are there to suffer post rape disorders and failed to live a normal life. I wondered, how many more Purchase are still there, moving freely, and hunting “silent victims” in my neighbourhood, in my city, and in the markets where I go, my daughter go and your daughters go. I wonder how to motivate these victims and their families to find the courage to speak up against these rapists, or domestic abusers, who are everywhere, anywhere and may be in our own houses…