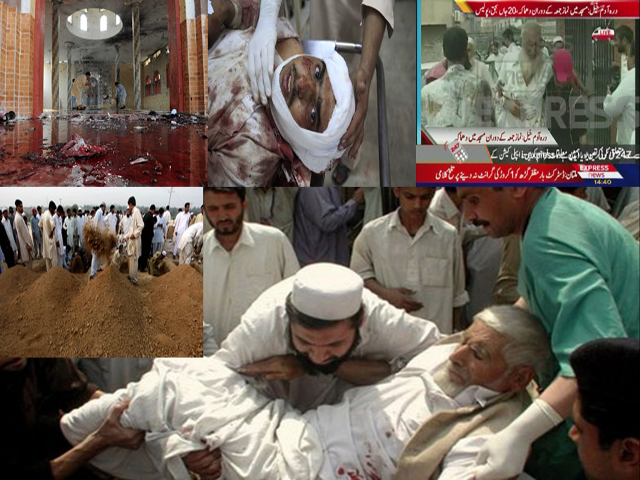 LUBP got an email from student of a private University of Peshawar, hailing from Darra Adamkhel. He has requested for anonymity due to risks involved. Telling us about fears of people of Darra Adamkhel after the fall of Tirah.  Activities of Taliban and security forces and the situations around are hinting towards an eventual fall of Darra Adamkhel to Taliban.

Here’s relevant parts of the email.

I have tried to contact Miss Farhat Taj, as she has written consistently on FATA during these years. A search has led to most of Farhat Taj article re-published here after Daily Times newspaper. That is why, I decided to write an email to the editor, expressing fears and concerns of our people after the dreadful events of Tirah.

This covert support by the military led to one of the very disasterous suicide attacks killing more than hundred people. It was such barbarous attacks that not a sigle family from the area was spared of it, every family had one or more of his family mmember lost in that attack. Here is the news report from TNI.

PESHAWAR/DARRA ADAMKHEL: Terrorists struck on Friday when a suicide bomber blew himself up prior to prayers in Masjid Wali Muhammad in Akhurwal area of the volatile Darra Adamkhel semi-tribal region, killing over 70 people and wounding more than 100.

Eyewitnesses said over 200 tribesmen were preparing for the Friday prayers in the Wali Muhammad mosque in Atariwal in Darra Adamkhel’s Akhurwal village, located around 35 kilometres south of Peshawar, when a bomber in his late teens blew himself up at 1:40 pm.

A large number of women and children of the town were seen carrying the bodies of their loved ones and crying for help as most of the males had been killed or wounded in the explosion.

District Coordination Officer (DCO), Kohat, Shahidullah, confirmed the death of around 70 people and injuries to another 70 in the devastating explosion. Sources in security forces said the Tehrik-e-Taliban Pakistan (TTP) Tariq Afridi group had claimed responsibility for the attack. Muhammad, a spokesman for the group, phoned reporters in Kohat and other places from an unknown location to claim responsibility for the attack. Taliban sources said the attack was aimed at spies working against their group.

Many of the blast victims were laid to rest in Akhurwal and adjoining places after their funeral prayers amid tight security. It was the worst day in the town’s history as it lost majority of its male dwellers in a single incident of violence. There were several families that lost more than one male member in the bombing.

Now, the problem is, after the death of Tariq Afridi, influence of his group was de-escalated but recently his successor Commander Mehboob has been brought in a Military Chopper here to the areas under his group influence.

People fears a fierce battle once again and are preempting to leave the areas to avoid being targeted by the Taliban for their years long resistance to them.

I know, all the complains and warnings will fall to deaf ears, but request LUBP to highlight the “Fears of People”