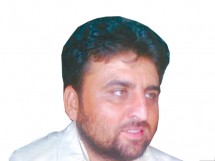 The Imran Khan phenomenon seems to have fortified with a reshuffle in the lines of political parties. many big names have been pulled into Pakistan Tehreek-e-Insaf (PTI). massive show of popular support through public gatherings and rallies, generous coverage by the electronic media and political commentators have elevated PTI to the status of a substantive political force before going through the test of elections.
In a much heralded public gathering at the emblematic Minar-e-Pakistan on the significant day of 23 March, chairman PTI Imran Khan, in an overconfident tone, made six personal pledges to a fascinating crowd that gathered there to celebrate a PTI moment, the call for a “New Pakistan”.
The call for a New Pakistan was first made by Zulfikar Ali Bhutto while he was speaking to the astounded nation on 20 December, 1971, after the fall of  Dhaka due to a massive military defeat. It was an attempt to woo the people for whom the news of defeat came as a shocker amidst the amplified claims of military advancements and chants of foreseeing a victory through the mass media. Bhutto’s speech came as a reality check, his personal charisma, spellbinding oratory skills and the overwhelming mass support helped in convalescing a traumatised people.
Bhutto’s attainment and shortcomings are a subject of debate for the past four decades but his populist politics, his tactics and antics have enthralled many, even among his detractors, and the catchwords are still taken over by even those on the opposite of political divide.
With the slogan of “New Pakistan”, what comes to mind is, whether it is a prerequisite, if everytime, the call egresses from circumstances when the state is conceding territories and residents of those areas are unfortunate enough to be caught in the maelstrom.
Same way, when PTI enthusiasts were making the calls for that “new Pakistan”, the people of Tirah valley have been forced to move out of their homes to IDP’s camps set by the local administration in Kurram and Orakzai agencies. only difference is this time, the territories fell to the shenanigans of home grown foes, the Tehreek-e-Taliban Pakistan (TTP).
It is not the first time, when people have suffered by the hands of these primordial foes, who have exerted their hold to the areas around the centre of gravity and secured routes to other territories of their influence to move back and forth conveniently. Forces resisting them have been worn out and traditional centres of powers have been annihilated.
The “cheerleaders” of “new Pakistan” are looking at these issues in rather simplitic way. Lack of discernment on part of their leadership has given rise to a general sense of apathy towards the victims of this menace.
One thing which strikingly resembles the “new Pakistan” of Bhutto and the repackaging by the Imran Khan is attitudes towards Balochistan. Bhutto’s new Pakistan later brought dismissal of Balochistan government, disaffecting Baloch and Pashtun nationalists, disbanding the National Awami Party (NAP) and a military action there creating resentment and outrage among the Baloch populations. While the “new Pakistan” of Imran Khan, the array of military operations in these areas offers little hope in this regard.
The grassroot support of the PTI mostly from the urban centres of Punjab and Khyber Pakhtunkhwa know very little about the complexities of the situation in Balochistan. Influenced by common Pakistani nationalist stuff available on the internet and often chucked by the retired military officials considers what happening in Balochistan as part of a conspiracy against Pakistan.
On the other hand, not even the army acknowledges that a military operatrion is undergoing in Balochistan. But the highhandedness of the Frontier Corps in many cases, appearance of mutilated dead bodies of Baloch political workers, eleven appeared in Karachi in these days and involvement of the army officials in forced disappearances of the Baloch political activists and ordinary men, as brought to the notice of  Supreme Court of Pakistan by DG CID Balochistan, Feroze Shah reveals the situation on the ground.
The day Imran Khan Lahore Jalsa was talk of the town, news of four more abductions from the Azyaan area of  Tump in the Kech district, were making rounds on the social media.
Whatever Imran Khan’s “new Pakistan” will be, it offers nothing to the people of FATA, who in PTI books are represented well by the ferocious militants of TTP and Imran Khan can not offer a replacement to them, while Baloch political activists who have lost hopes on any institution of Pakistan and those left with a little hope have their demands still waiting to get any attention from those at helm of the affairs.
Source :
http://www.pakistantoday.com.pk/2013/03/26/comment/essentials-for-a-new-pakistan/