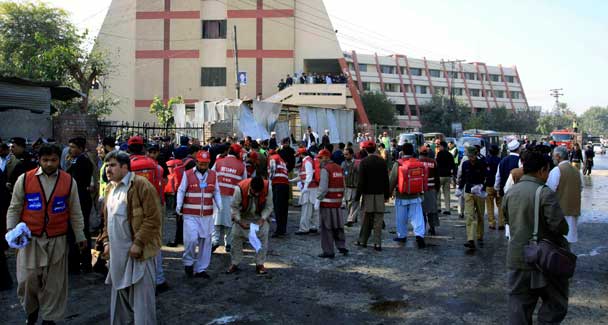 ISLAMABAD: The Pakistani authorities investigating the March 18 fidayeen attack on the Judicial Complex in Peshawar which killed four people and injured 50-plus others have reported to the Ministry of Interior that it was the second act of terrorism which has been attributed to the Aafia Siddiqui Brigade.

The first act was the March 20, 2012 bombing of a police van on the Peshawar Ring Road which had killed two policemen.The law enforcement agencies investigating the Judicial Complex assault [which killed two policemen] have informed the Ministry of Interior that the responsibility for the fidayeen attack was claimed by Tehrik-e-Taliban Pakistan (TTP) spokesman Ehsanullah Ehsan, saying: “The attack was carried out by the outfit’s Aafia Siddiqui Brigade and it was meant to avenge the failure of Pakistani judiciary to protect an innocent Pakistani scientist, Dr Aafia Siddiqui, who, is being held behind the bars in the United States. We pompously claim the Peshawar suicide attack. Our war against the ‘infidel’ government will continue. We had offered peace talks to the government but it did not reciprocate accordingly”, Ehsan added.

The Complex, which is located in the high security zone of Peshawar Cantonment on the Khyber Road, is surrounded by several sensitive buildings of the Central Prison Peshawar, the Peshawar High Court, Khyber Pakhtunkhwa Provincial Assembly, Malik Saad Shaheed Police Lines, Civil Secretariat, Pearl Continental Hotel and the residences of the Corps Commander Peshawar and the Commandant of the Frontier Constabulary. It was for the first time in recent years that the TTP not only claimed a terrorist attack which directly targeted the Pakistani judiciary, but also attributed it to Aafia Siddiqui Brigade.

Interestingly, many of those injured in the Judicial Complex attack were ladies, especially Additional District and Sessions Judge Kulsoom Azam who had a narrow escape after one of the bombers exploded himself inside her court room to avoid arrest. Both the suicide bombers were carrying six kilograms each of explosives in their jackets.

The law enforcement agencies have apprised the Ministry of Interior that the last terror attack attributed to the Aafia Siddiqi Brigade had taken place precisely a year ago – on March 20, 2012 – and that too in Peshawar when a police van was bombed near the Qamardin Gari Bridge, killing two policemen including an assistant sub-inspector.

While claiming responsibility, a TTP spokesman [Mukaram Khurasani] had stated on March 21, 2012 that the van was ambushed by the Aafia Siddiqui Brigade of the TTP as part of its strategy of targeting the Pakistani security forces. He had further warned the Pakistan government to immediately release the arrested family members of Osama bin Laden, saying they were innocent children and women and they should not be handed over to the Americans. The terrorists had planted 10 to 12 kilograms of explosives to detonate the van.

The day after her arrest, she allegedly grabbed an M-4 rifle in her interrogation room and started shooting while yelling ‘death to America, the trial jury said. No US agents or soldiers were hit, but Aafia was shot and wounded in response. Her defence lawyers, who were paid by Pakistan government, argued that their client had shot at the US officials in panic and said the crime lacked any connection to terrorism. Aafia Siddiqui was subsequently sentenced by US District Judge Richard Berman in September 2010 on charges of attempted murder and armed assault. But Aafia persistently denied the charges.

The al-Qaeda as well as the Pakistani and the Afghan Taliban have often demanded her release in the past. In December 2010, top al-Qaeda ideologue Abu Yahya al Libi had released a propaganda tape calling on Muslims to wage jihad to avenge Aafia Siddiqui. The tape was titled ‘Aafia Siddiqui, captivity and oppression, where are the heroes?’ On July 31, 2011, the TTP’s deputy ameer Commander Waliur Rehman Mehsud said he had ordered the kidnapping of a Swiss couple in Balochistan which would only be released if the Americans freed Aafia Siddiqui. Waliur Rehman said that the Swiss have not been tortured. But he said that if Siddiqui is not freed, a Taliban court will decide the fate of the couple.

In a video released on September 10, 2012, al-Qaeda ameer Dr Ayman al Zawahiri had claimed responsibility for the abduction of a senior USAID official from Lahore, saying: “We, by the grace of Allah, announce that we will not release the American captive Warren Weinstein, Allah willing, until the Crusaders release our captives including Sheikh Omar Abdel Rahman and Aafia Siddiqui”. In April 2012, it was the turn of the Afghan Taliban to demand $1 million and the release of 20 Afghan prisoners along with Aafia Siddiqui in exchange for the release of an American soldier Bowe Bergdahl who was taken hostage in June 2009 from the Paktika Province. 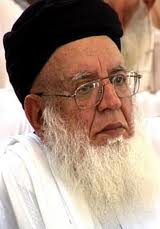 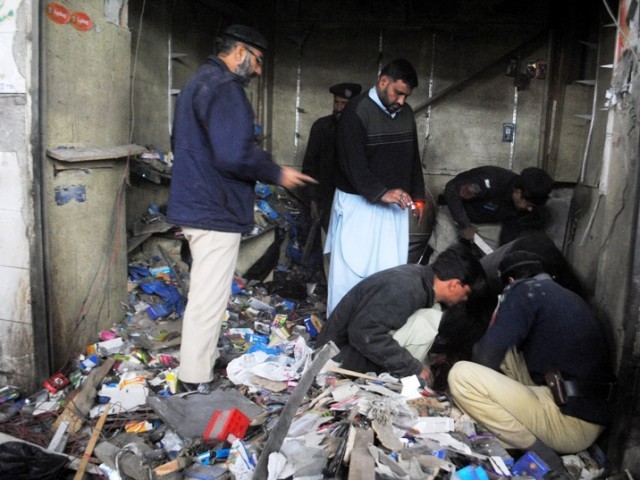