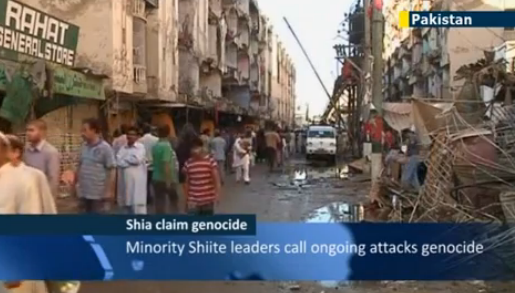 Pakistan’s minority Shiite Muslims have started using the word “genocide” to describe a violent spike in attacks against them by a militant Sunni Deobandi group Lashkar-e-Jhangvi (LeJ, politically operating as Ahle Sunnat Wal Jamaat ASWJ) with suspected links to the country’s security agencies and a mainstream political party (PML-N) that governs the largest province Punjab.

In total more than 21,000 Shia Muslims have been killed at the hands of Deobandi militants of ASWJ-LeJ have also killed a large number of Sunnis, Ahmadis, Christians and other communities.