Recently I came across an interesting Facebook discussion in the aftermath of Abbas Town Karachi twin blasts which killed nearly 67 people including 21 Sunnis while the prime target were Shia residents of the neighborhood. A lot of people, specially Sunnis have been concerned that they are getting the blame for killing Shia, while another radical group thinks there is some Sunni Genocide going on in Pakistan too. Another common narrative goes like this – “Sunni and Shia are killing each other. We are neither Sunni nor Shia“. The facebook discussion is an interesting read in this regard. 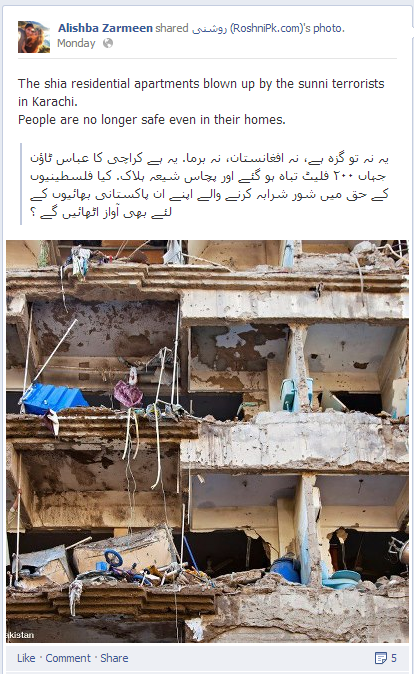 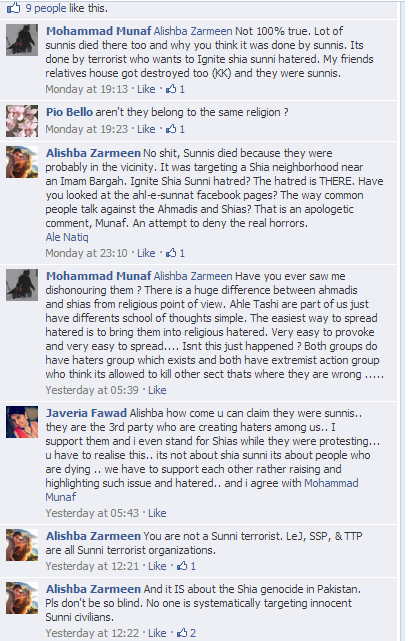 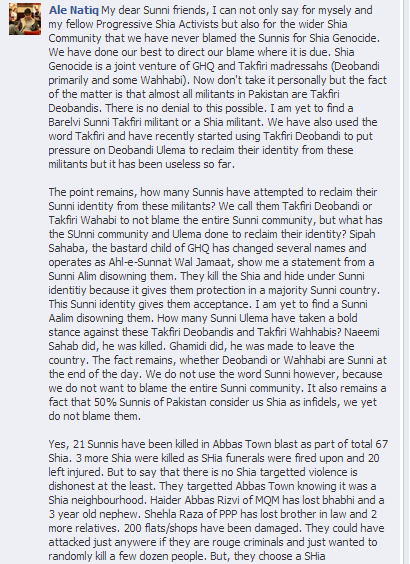 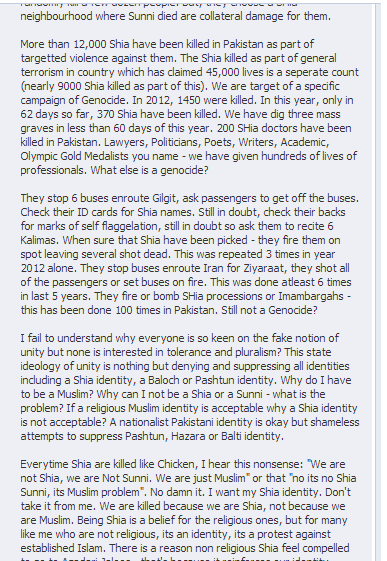 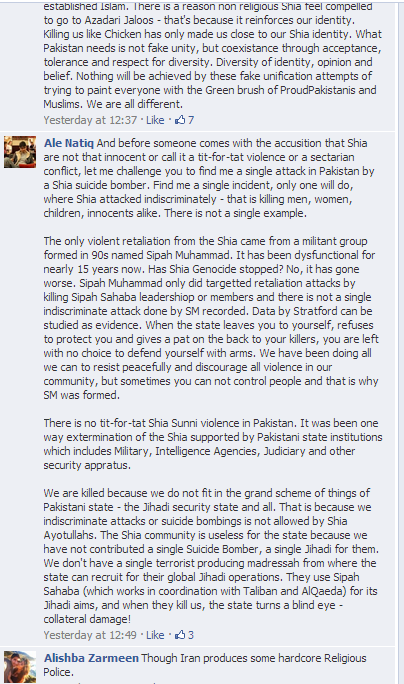 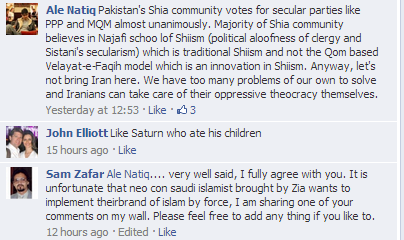