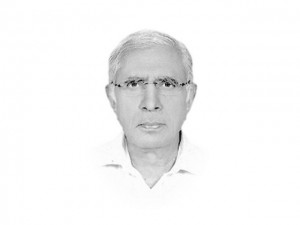 No Muslim, whether in name only or a practising one, would want to be publicly counted among those who do not wish to see Pakistan’s Constitution brought in full conformity with Shariah. Still, all the well-known religo-political parties (the Jamaat-e-Islami, the Jamiat Ulema-e-Islam and all its factions, and Jamiat Ulema-e-Pakistan and all its factions) committed to rehashing our Constitution in accordance with Shariah could never win enough electoral seats in the elections they had contested in the past to achieve their objective. Even Nawaz Sharif, who won more than enough seats in his second term, could not succeed in getting his 15th constitutional amendment bill through, popularly known as the “Shariat bill”.

The amendment was introduced on August 28, 1998 and the bill was passed on October 9, 1998 by a two-third majority. This bill empowered the prime minister to enforce what he thought was right and to prohibit what he considered was wrong in Islam and Shariah, irrespective of what the Constitution or any judgment of the court said. The amendment also added a new article (2B) in the Constitution, which said that the federal government shall be under an obligation to take steps to enforce the Shariah, to establish Salat, to administer Zakat, to promote Amer bil ma’roof and Nahi anil munkar (to prescribe what is right and to forbid what is wrong), to eradicate corruption at all levels and to provide substantial socio-economic justice in accordance with the principles of Islam, as laid down in the Holy Quran and Sunnah. This bill was opposed by about 16 MNAs, including the JUI and five independents. The ruling party’s main coalition partner, the MQM, abstained from voting. The Senate, where the PML-N was in minority, resolved not to table the bill. Sharif was so angry at this “defiance” of the upper house that he publicly demanded that the senators be forced to pass the bill.

Earlier, the Senate, where the Islami Jamhoori Ittehad (an alliance opposed to the PPP) was in majority, had passed another Shariah bill called “The Enforcement of Shariat” as a private members bill on May 13, 1990, during the first government of Benazir Bhutto. The bill was moved by Qazi Abdul Latif and Maulana Samiul Haq in the Senate. After its adoption by a two-third majority in the Senate, it was sent to the National Assembly (NA) for adoption. But by the time it could be taken up, the president had dissolved the NA and the bill lapsed.

Next, Sharif in his first term introduced the “Enforcement of Shariat Bill” in the two houses, which was adopted by simple majority. The Act sought interpretation of all laws in the light of Shariah and also sought setting up of commissions for Islamisation of educational and economic systems and the media, in addition to elimination of corruption, bribery, obscenity and ensuring an order based on Amr Bil Ma’roof and Nahi Anil Munkar.

To cut a long story short, Sharif, who is perceived by his supporters to hold complete political sway over Pakistan’s biggest province and who in the past had almost succeeded in introducing Shariah, would perhaps appear to the Tehreek-e-Taliban Pakistan and other jihadi outfits all yearning for a Shariah-compliant Constitution, as the ideal conduit to play the role of interlocutor — along with the JI and the JUI-F chiefs — in any peace talks with the army. And perhaps, more reassuring for these militant groups is the ambivalent position taken by the provincial government vis-à-vis the Punjab-based jihadi non-state actors during the last five years.

Here, it would not be out of place to quote from a recently published book, Punjabi Taliban, by Mujahid Hussain. The author claims that according to information gathered from intelligence sources, there are some 150,000 insurgents belonging to jihadi and fundamentalist organisations active in Punjab and that it is Punjab that provides the majority of the terrorists and suicide bombers to various organisations active in Pakistan’s tribal region, thus negating the existing hypothesis that insurgency in tribal areas is driven by indigenous groups. The book has one chapter each on eight divisions of Punjab and gives a detailed account of the structure of radical, as well as terrorist organisations, infighting among different factions and related activities.