Home  »  Newspaper Articles   »   Takfiri terrorists’ attacks on naval officers in Karachi: Excise this cancer or else – by Abbas Nasir 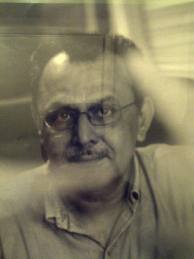 RECENT events have been a reminder of what journalist Saleem Shahzad reported on May 27, 2011, even though he feared what was lurking round the corner for him.

Writing for ‘Asia Times Online’, a Hong Kong-based news website, five days after militants attacked PNS Mehran on Karachi’s Sharea Faisal, he linked the assault to failed talks “between the navy and Al Qaeda over the release of naval officials arrested on suspicion of Al Qaeda links”.

The PNS Mehran incident was one of the most vicious attacks on any defence establishment and at least 10 people were killed and aerial surveillance and anti-submarine assets worth millions of dollars destroyed.

In his report, Shahzad suggested that three attacks on Pakistan Navy buses in Karachi just a month earlier which saw nine deaths were also shots across the bow of the naval leadership over the detained lower rank naval personnel who, he said, numbered 10.

He quoted an unnamed senior naval officer as having told him that after electronic intercepts and surveillance these people had been taken into custody. After being held in one place, they had to be moved to safer sites as threats deemed credible had been received from Al Qaeda.

Naval officers speaking anonymously told Saleem Shahzad that because of the location-specific threats, they had gathered that the terror group was in all probability receiving inside information on where the suspects were being held.

At this, the report said: “A senior-level naval conference was called at which an intelligence official insisted that the matter be handled with great care otherwise the consequences could be disastrous. Everybody present agreed, and it was decided to open a line of communication with Al Qaeda.

“Abdul Samad Mansoori, a former student union activist … who originally hailed from Karachi but now lives in the North Waziristan tribal area was approached and talks begun. Al Qaeda demanded the immediate release of the officials without further interrogation. This was rejected.

“The detainees were allowed to speak to their families and were well treated, but officials were desperate to interrogate them fully to get an idea of the strength of Al Qaeda’s penetration. The militants were told that once interrogation was completed, the men would be discharged from the service and freed.”

According to the report, Al Qaeda didn’t find these terms acceptable and responded by launching lethal attacks on the navy buses in April of that year.

Two days after his report appeared, Shahzad was due to appear in a TV interview in Islamabad for which he left home but never arrived at his destination. His car, with him at the wheel, had mysteriously disappeared from a leafy Islamabad residential area.

The following day his body, bearing signs of a fatal beating, was fished out of a canal some 130 kilometres from the capital. His car was also found nearby. It wasn’t clear if a “punishment beating” had gone horribly wrong or the kidnappers wanted to kill him. On the face of it, it appeared a case of the messenger being shot.

What should have been police investigative work, with painstaking collection of evidence and forensic analysis, was entrusted to a commission of inquiry headed by a Supreme Court judge, and its report remained predictably inconclusive about who killed the journalist.

Ironically, just a few weeks earlier some journalists, including Saleem Shahzad, and other experts had gathered at London’s King’s College Department of War Studies for a regional security conference.

After one session Saleem had taken me aside to share his concerns about his safety. He didn’t specifically mention whom he feared but did say things were getting to a point where he would be forced to consider moving abroad. He returned to Islamabad a few days later.

Two recent incidents in Karachi have involved naval officers (who belonged to the Shia community) while in their cars. The first incident was described by the police initially as a bombing but the navy later said it was a CNG tank explosion in the officer’s car.

The second incident, where the officer received multiple gunshot wounds not far from where he used to park his car in a secure naval facility, suggested some information about the exact timing of his presence. Admittedly this is speculation and one can’t be sure.

But even earlier attacks on defence establishments have indicated that the attackers possibly had detailed inside information. It may be true that all it takes is one bad apple to breach security when the vast majority is dedicated to its duty. But it is alarming nonetheless.

If the army itself flies Malik Ishaq, the Sipah-i-Sahaba militant leader, from prison in Lahore to the GHQ to help negotiate with the Tehrik-i-Taliban Pakistan attackers in 2009, the nexus between these groups becomes very clear. They are ideological and perhaps even operational allies.

In the last month of the current parliament’s life two main political parties in Pakhtunkhwa have each organised an all-parties conference to try and reach the ever-elusive consensus on how best to deal with the TTP now ensconced mostly in North Waziristan.

The army chief has predicated any operation against the terror machine on a national consensus which now seems more remote than ever since all political parties have an eye on the election. They don’t want to take a tough stance for different reasons.

Some find ideological affinity with the religious fighters who are battling the US in their view (even when all they are doing in reality is attacking Pakistan) or perhaps they don’t want to take the lead and be hamstrung in electioneering because of the enhanced threat of reprisals.

However, the authorities’ lack of will to clamp down on rampaging groups in settled areas is shocking. Murderous attacks have largely targeted one Muslim sect in Quetta, Karachi, Lahore or Peshawar.

We can blame the “foreign sponsors” and the “Great Game” all we want but this rampant cancer lies within. It needs to be excised now if we are to harbour any hope of survival.