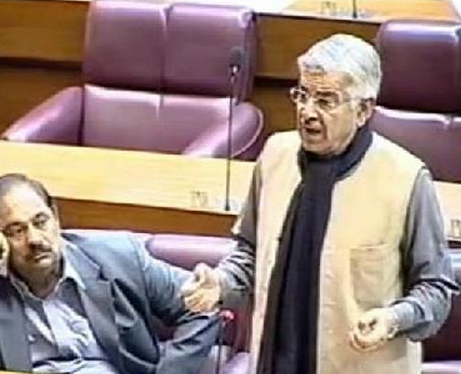 We were ‘outraged’ by the killing of well over a hundred — we’ll never know the exact number — Hazara Shia, including women and old men and little children, slaughtered in a massive explosion caused by an estimated 1,000 kilogrammes of explosives in Hazara Town, Quetta, where they have ghettoised themselves thinking they’ll be safer there than in the homes they were born in and grew up in elsewhere in the city.

We were ‘outraged’, because just weeks earlier, over eighty — we’ll never know the exact number — of these same poor folk, including women and old men and children, were massacred in the Alamdaar Road area of Quetta in another blast, this time caused by around a similar amount of explosives.

We were so ‘outraged’ that there were protest demonstrations, according to a major English newspaper of the country: “from Karachi to Parachinar, and Hyderabad to Multan, Rawalpindi and Islamabad”. I only went to the dharna at the Governor’s House in Lahore on Tuesday, February 19, where the extent of the Lahoris’ ‘outrage’ was a gathering of at most 3,000 protesters; oh all right, 4,000, mostly Shia. And this, just a day after another atrocity against our Shia brethren in Lahore: the point-blank shooting of eminent eye surgeon, and from all accounts, great human being, Dr Ali Hyder and his 12-year old son, Ali Murtaza (RIP). Shame on us.

Such then, is the extent of our ‘outrage’ my friends, a city of close to 10 million people producing just this many protesters to show their disgust at what is being methodically done to a peaceable section of our society, several of whose number have also defended this country with their sterling services, to name just three: General Mohammad Musa, the country’s second army Commander-in-Chief and later Governor of Balochistan; Air Vice Marshal Sharbat Ali Changezi; and  Flight Lieutenant Samad Ali Changezi who was shot down and killed in the 1971 war, receiving the Sitara-e-Jurat for valour.

Last but not least, let us recall that another Hazara, Flight Lieutenant Saira Batool who is one of the few women fighter pilots in the PAF, not to forget the many other Hazara who served in our armed forces and gave their lives defending their country.

And yet, the braves of the Lashkar-e-Jhangvi (LeJ), the Jaishul Islam, and the flavour of the month, the Tehreek-e-Taliban Pakistan, stalk about killing Shia sons and daughters of Pakistan from Balochistan to Kaghan to Kohistan, wantonly and cruelly, to fulfil God alone knows what bloodlust. Shame on them; and double shame on their friends, the movers and the shakers of the Deep State. Durr fittay muun, I say to them.

These Yahoos, and I use the term advisedly: a mythical mixed race (Gulliver’s Travels) of man and beast with the qualities of neither but the cruelty and beastliness and plain nastiness of both, openly boast that they are the killers of, respectively, the Hazara Shia of Quetta; the Mastung Hazara pilgrims; and the Shia workers travelling home to Skardu and Gilgit through Kaghan and Chilas. And yet, nothing moves even a leaf in the fancy gardens of our government houses, civilian and army.

Isn’t it time that we, all of us Pakistanis, once and for all, removed these killers from our midst by prosecuting them and locking them up in prisons and throwing away the keys? But no, no political leader (barring Imran Khan, about whom later) will name and shame these terrorists, preferring to use mealy-mouthed terms such as ‘these terrorists’; ‘they can’t be Muslims’; ‘they are CIA agents’; ‘they are RAW agents’; ‘they are agents of foreign powers out to destabilise Pakistan’ and other such nonsense.

They purposely fail to recall that the world at large is scared stiff of a further destabilised (a job we have ourselves done quite well thank you very much) Pakistan, with a possible consequence of our bums or nuclear material falling into jihadi hands. The politicians say what they say knowing full well the reality of the situation: that the beast is within us, and openly and loudly says it is within us.

As to Imran Khan, whilst on the one hand he is to be lauded for naming the LeJ as the killers, on the other he must be castigated for once again advocating talks with the terrorists who commit such brazen acts against this country and its people. One has to say that the Honourable Supreme Court is the only institution to have said clearly that if the LeJ are the perpetrators, let them be arrested and brought before the courts.

I must in passing also appreciate my (junior!) school-mate Khawaja Asif for saying it as it is and not mincing his words like his other colleagues when he freely admitted that the tyrant Zia was the fountainhead of all the filth that we see around us, and that the so-called ‘jihad’ this country has waged is nothing but a massive fraud.

But may we now, after damning us ‘bloody civilians’ doubly and more, ask why and how these killers did what they did, in the environs of a most heavily guarded  army cantonment that houses not only the Command and Staff College, but also the Infantry School, the EME Regimental Centre, AND a Corps Headquarters too?

It is said that a sparrow cannot fly without a flight plan issued by the Mother of All Agencies when it wants sparrows to stop flying. How then, did so many hundreds of kilogrammes of high energy explosives find its way into Hazara Colony and Wahdat Road twice, in as many months? Will the DG ISI stand up before the nation and answer how, and more importantly, WHY, the killings happened?

The ISI’s simply saying it had told the government that the Alamdaar Road atrocity would be repeated is simply not enough. Even I can warn (and dust in my mouth) that there will be another attack on the Shia within a month. So?

In the end, a big thank you to the Australians for accepting 2,500 Hazara families as refugees. God bless your country. And shame on ours for not protecting its own.

Video: Khawaja Asif’s speech in Pakistan’s National Assembly. He disclosed some harsh realities behind Shia genocide in Pakistan including Shia Hazara killing in Quetta. PML(N) MNA from Sialkot said evertyhing on record in a National Assembly Session and truly represented the voice of people of Pakistan.