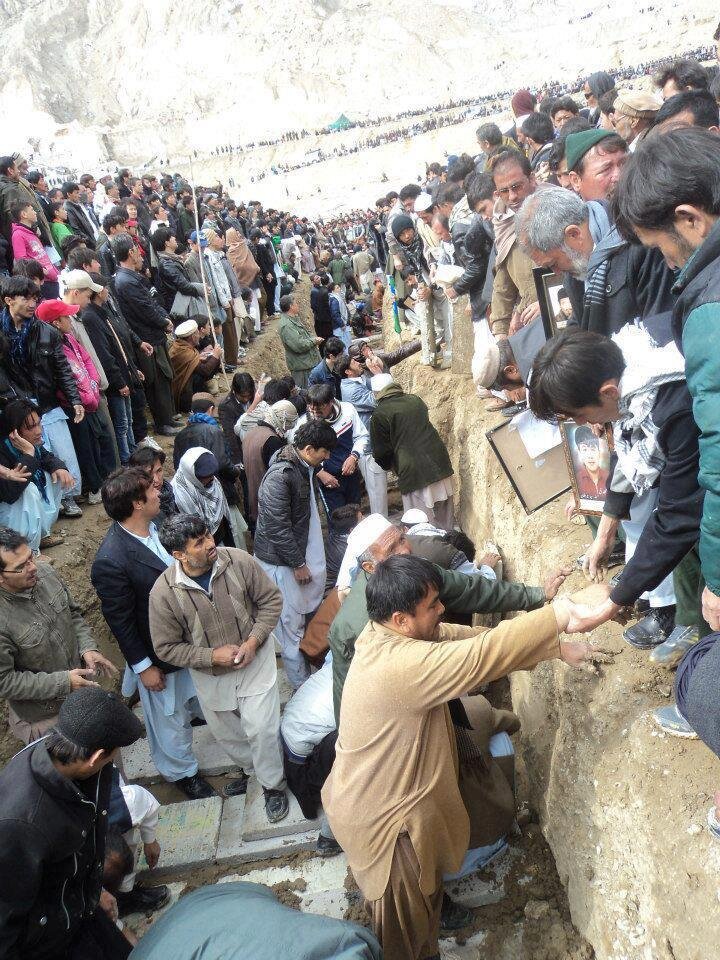 QUETTA: Ismatullah holds an AK-47 and checks vehicles on the road. “Enough is enough. We have no trust in the security forces anymore and we’ll protect our community ourselves,” says the teenage Shia student.

Extremist bombers killed nearly 200 people in Quetta in the two worst bomb attacks to strike Shia Muslims, most of them from the minority Shia Hazara community, just weeks apart on January 10 and February 16.

After each attack, thousands of Shias, both Shia Hazaras and non-Hazara Shias, including women and children, camped out in the bitter cold demanding that the army step in to protect them. The government brokered an end to the protests, but refused to mobilise the troops.

Outlawed Takfiri Deobandi extremist group Lashkar-e-Jhangvi (LeJ) claimed responsibility and has threatened to exterminate all Shias. Few believe that dozens of men rounded up after the bomb attacks will ever be brought to justice.

The Supreme Court and rights groups accuse the authorities of failing to protect Shia Hazaras and now young men like 18-year-old Ismatullah are taking up arms to defend themselves and their families.

Ismatullah’s best friend was shot dead last June near Hazara Town. He lost more friends when suicide bombers flattened a snooker hall on January 10 and a massive bomb hidden in a water tanker destroyed a market on February 16.

“I couldn’t control myself when I saw scattered pieces of so many children and women of our community,” said the first year college student.

“Our community is only interested in education and business, but terrorists have forced us to take up whatever arms we have and take to the streets for our own security.”

At the moment they operate as volunteers under the name, Syedul- hohada Scouts, registered as part of the Balochistan Scouts Association, an affiliate of the worldwide scouting movement.

For years, young men like Ismatullah have volunteered to protect sensitive events, such as Shiite religious processions during the holy month of Muharram.

But their chairman says the threat is now so great that they should be paid full time as an auxiliary to government security forces.

“We have around 200 young men who perform security duties on specific occasions, but most of them are students and workers, and can’t work full-time,” said Syed Zaman, chairman of the Hazara Scouts.

“We are trying to make a system to start their salaries for permanent deployment and also coordinate with the security agencies. Hopefully, we will be able to form a regular force… and salaries in a month,” he said.

Scouts president Ghulam Haider said it was a mistake to rely on government security when the first of two suicide bombers struck at the snooker hall in the Alamdar Road neighbourhood.

“It resulted in another bomb blast minutes after the first one and we lost many more people,” Haider told AFP.

“We didn’t want that to happen again, so immediately after the blast on February 16, we armed our youth to man the streets and entry points, which helped to prevent the chances of a second attack,” he claimed.

Hazara Town, where the market was bombed, is very exposed, in the shadow of the Chiltan mountains and near the bypass which links the Afghan border town of Chaman to Karachi.

While paramilitary Frontier Corps and police patrol the main approaches, they are not visible inside the neighbourhood.

“Security agencies can’t protect us. They don’t know the area because most of them come from outside Quetta. So we’re planning to set up our own permanent posts inside our areas,” said Haider.

The police, however, have their doubts.

“If we start private policing by arming one particular community, it will set the wrong precedent,” said Fiaz Ahmed Sunbal, head of Quetta police operations.

He claimed police were planning to close entrances to Hazara Town, and would recruit 200 young Hazaras to patrol their own areas.

Haider says closing off roads will isolate the community but welcomed the recruitment of Hazara Scouts as a long-term solution.

Others warn that time is running out.

“If they don’t do anything and something happens again, we will take up guns and go out and kill our opponents. There will be open war,” said 26-year-old shopkeeper Zahid Ali.