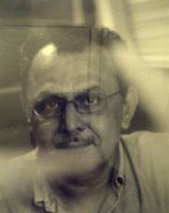 WHO knows what a failed state is? Such definitions are for the academics and experts. But what one can easily ascertain is a state that is dysfunctional.

For what would you call a state that has neither the power to generate resources and tax those who need to be taxed, nor the system or even the need to ensure that it accounts for what it spends? It can keep piling up a huge deficit without question and have nothing to show for it.

What would you call a state that cannot deliver the very least: the safety of life and limb to its citizens? Where if you particularly happened to be in the smaller provinces the only thing you could get by on is your faith. Yes, God remains the only recourse.

It has to be a dysfunctional state where those who call for their legitimate inalienable rights can be picked up in the dead of night and be found weeks or months later in a ditch with telltale signs of what happens if you take your fundamental rights too seriously; where in one part of the country police officers such as Malik Saad, Sifwat Ghayur and hundreds of nameless others whose sacrifices are as worthy as those named, write a final, valiant chapter in their blood.

At the same time an ‘anti-terror’ police boss in another part of the country cuts deals with sectarian murderers to leave his jurisdiction alone reportedly in exchange for safe passage for operations elsewhere and is rewarded with promotions. The sectarian groups are much stronger as a result.

Take Benazir Bhutto, Salmaan Taseer, Shahbaz Bhatti and more recently Bashir Bilour. All these politicians stood like a rock in defying the terrorists, bigots and intolerant ideologies — until they were cut down by the terrorists.

Have you ever seen a person with greater courage than that Pakhtunkhwa minister Mian Iftikhar whose son was mowed down in a hail of Taliban bullets? Neither his grief nor personal loss forced him to bend his resolve.

These are high-profile figures. Can we look at those they left behind in the eye and assure them that the sacrifices of their loved ones were not in vain? Go ahead if you can but I, for one, will be too ashamed to even contemplate doing any such thing.

Is there a point in trying to remember Asiya Bibi? Well done, we can say to ourselves for at least we recall her name.

Do we recall a single name of the many, many Christians who died when their entire neighbourhood was torched in that Punjab village? Gojra, was it?

Surely, we have expressed such outrage over the mass murder of Shia-Hazaras in recent days that we’d be able to think of the victims in terms other than mere statistics. But we can’t. If it was 200 Shia Hazaras killed last year, a greater number has fallen in the first two months of 2013 alone.

We are not supposed to have photographic memories so how can we name a single Hindu woman converted forcibly to Islam. Of course, if (yes, if) the state was not dysfunctional such incidents would be the exception, not the norm. We’d remember the one or two victims.

Now that the state has stood by, paralysed by fear or expediency, we have let armed zealots show all minorities their place. Christians and Hindus couldn’t be more marginalised. The Ahmadi community has been taught how safe it is for them to bow before their God in their place of worship.

Yes, now it is the turn of the ‘minority’ Muslim sect, the Shias, they consider an ‘arrogant’ lot who openly exercise their religious freedom. This too must end. Bomb their congregations; shoot their community notables and who knows they’ll also be subdued into abandoning their faith.

What next? Oh yes plenty left. There are many whose Islamic rituals and practices differ from ours. And religion must not have room for diversity. We must find and exterminate all who don’t agree with what we believe Islam to be.

Next it’ll be women. Lock them up for they aren’t equal citizens of the country; shameless that we have women working side by side with men in most urban centres. They even go to schools, colleges and universities and aspire for careers! Do they think they live in the 21st century?

Surely, they don’t. We’ll make them see their reality. What else will be our fate when we await an ever-elusive consensus while an existential threat snowballs? You and I can simmer and explode all we want.

The vision and the wisdom of the decision-makers can hardly be expected to deliver in such ‘unimportant’ areas. When the Kerry-Lugar legislation was passed, nobody needed a consensus to oppose the principle of civilian supremacy in matters of the state.

When memogate surfaced whatever its merits, extremely dodgy to the naked eye, neither the politicians nor the defenders of our territorial and ideological frontiers needed a consensus. And the courts to this day believe none is needed. Those were bigger threats to our integrity.

We have lost more of our brave sons, soldiers including officers of both regular and paramilitary forces, over the past five years than perhaps in any war that we have fought. And yet we await a consensus to establish whether the state or armed terrorists will rule over swathes of our territory.

An elected government came into being five years ago. It says its unprecedented achievement is completing its term; its unparalleled legislative record which will provide the glue to hold the federation together. All we can count is our dead. Men, women and children.

Now we are told a huge percentage of new young voters have been added to the electoral rolls. Youth represent a hope for tomorrow. Let’s hope that over the next five years we have to count fewer dead. Anything more will be too ambitious an ask.