Home  »  Newspaper Articles   »   The hazard of being a Shia Hazara in Balochistan – by Dr. Ayesha Siddiqa 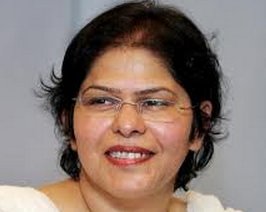 ANOTHER 80 Hazara-Shias were killed in Quetta in a suicide attack on 17 February. This is not the first or the last attack against the Hazara-Shia community in Balochistan or Shias in general. It was just a few weeks ago that Hazaras had finished burying 95 bodies after a suicide attack. The bodies lay there for more than 72 hours with the living protesting their deaths and those yet to happen. It seems that nothing seems to bring respite to the Hazaras or Balochistan despite the suo moto action by the Supreme Court or even the publicity done by human rights organisations.

At the recent Karachi Literature Festival, a booklet about the missing people in Balochistan written by renowned novelist Mohammed Hanif was launched. Compared to those that have disappeared, the dead Hazaras are probably the lucky ones as they have been relieved of their pain. The same goes for families of the dead who at least know that their loved ones are no more.

But part of the problem is that we tend to clap at a book launch, read and get thrilled by reports of such inhuman injustice, condemn the imaginary killers, and feel brave because it gives us a sense of achievement. The elite in Pakistan, like their counterparts anywhere else in the world, especially in developing countries, feel elated and satisfied thinking that their participation in an event indicated their bravado. Surely, a lot of the people at the book release felt like Che Guevara.

The Twitter feed from the session was expressive of the overall catharsis of the local elite in terms of feeling relieved of their responsibility of doing something positive to support the suffering people from Balochistan. After all, this is what an elite audience can do. Talking about Balochistan without doing something has become fairly fashionable in Pakistan. The fact that the State allows the narrative relieves people in positions of power from the larger responsibility of providing actual relief.

The few protests by a handful of people are not sufficient as they don’t generate enough pressure that may force someone in the government to come to the rescue of the Hazara-Shias. One of the reasons for any lack of action is that opinions of those who otherwise sympathise with the Hazaras is divided in terms of apportioning blame on the ideology that targets the Hazara-Shias.

For example, in the protests organised by the Hazaras in Islamabad, some of the participants were willing to wipe the tears of the Hazaras but shied away from blaming those behind it. They were definitely not willing to blame the Lashkar-e-Jhangvi (LeJ) or criticise its old and new linkages with the security forces. In the minds of such people, the Hazara killings is a foreign conspiracy. It is part of the US-India intelligence game to create instability in Pakistan.

Another explanation pertains to Sunni Baloch killing the Shias. In a recent report from Quetta, journalist Wajahat S Khan, who has good military contacts, highlighted the fact that people in Quetta blame the Deobandi LeJ. However, he added that most of the LeJ members in Balochistan, known as the Jhangavis, are Baruhis, which is a sub-clan of the Baloch. The Hazara-Shias that I spoke to, including students at Quaid-e-Azam University, Islamabad, talk about a conspiracy by the Deep State to pitch the various communities against each other so that the battle against Baloch nationalists can be won. The internal hatred is bound to result in internecine fighting.

The Hazara-Shias also claim that they have wisened to the conspiracy. The Baruhis killing the Hazara-Shias is an argument that builds on another claim that poverty is one of the major drivers of extremism and terrorism. After all, the LeJ has received enough funds from Saudi Arabia, especially in the recent months. In any case, the LeJ leadership gets a lot of money and support from the Punjabi leadership of Nawaz Sharif and his faction of the Pakistan Muslim League. So, since the LeJ has started to move into Balochistan along with other militant outfits, it has enough resources to buy people and use them for killing minorities. The impression created then is that poor Baruhis would like to kill the Hazaras with whom they have a historic problem. The Hazaras came from Afghanistan and are considered outsiders. But sources that I spoke with from the province also talked about a conspiracy by State actors to create this misunderstanding among the communities. They argue that the LeJ is being used to create an impression of internecine warfare.

The narrative that the LeJ is divided into two — the friendly and the unfriendly — counters the people’s conspiracy theory. While the friendly faction sits in Punjab, the unfriendly bunch is based in the restive North Waziristan province and creates violence. Such an argument tends to absolve the State’s military machine of any responsibility.

THE MORE important fact is that the LeJ or other militant outfits are nothing but conduits to carry out a policy or shoulder blame for a certain policy perspective. Baloch politician and Senator Hasil Bazenjo was of the view that such killings mirror the Saudi Arabia-Iran Cold War. This is certainly an important argument. However, the Cold War theory does not necessarily explain the sudden upsurge in Hazara-Shia killings in Balochistan or other parts of the country, especially Gilgit-Baltistan (in PoK). The Saudi-Iran Cold War dates back to the 1980s. It resulted in the creation of many of the militant outfits, including Sipah-e-Sahaba Pakistan and the LeJ.

Nevertheless, this is not a new war. The real question no one wants to ask is, what has propelled the sudden spike in Hazara-Shia killings?

Some of the sources I spoke with talked about the endgame in Afghanistan as being a possible reason. Since conthe State wants to have its share of the Afghan pie, it has deployed these outfits in Balochistan and the violence is, in fact, an inadvertent result of the militant presence. This could be a possibility. However, considering that Pakistan is trying to work out an arrangement with the US for a future role in Afghanistan, it would not try to draw attention by creating trouble for the US or in the region.

The fact that the Pakistan Army has remained relatively silent on the recent Line of Control incident or Afzal Guru’s killing and even kept its other assets like the Jaish-e-Mohammed and Lashkar-e- Toiba silent indicates the GHQ’s unwillingness to rock the boat.

The only remaining explanation pertains to the military’s discomfort with Iran and a strong suspicion that Tehran is funding and supporting Hazara-Shias and Shias in Pakistan. In the past, some of the journalists close to the military have expressed suspicion of the Hazaras. The fact that Hazaras now have the money to buy bigger cakes for Shab-e-Barat celebrations or are invited to Iran for Ayatollah Khomeini’s birthday celebrations is cited as evidence of this community being Iran’s proxy in Pakistan.

The Pakistan Army has been suspicious of Iranian Shi’ism for long, especially since the early 1980s. Once close to Iran, Pakistan has drifted away from Tehran due to increased association with Riyadh. After the Iranian revolution in 1979, Saudi Arabia invested funds in fostering militancy in Pakistan to secure its position vis-à-vis Tehran.

Right now, many powerful stakeholders, including the US, would want to see Iran weakened. This means that major power brokers in the area may sympathise with the Hazaras, but none would play an extensive role in saving this community from extinction, especially if the Pakistan Army has evidence or strong suspicion of these people working as Tehran’s proxies.

There is certainly a close linkage between the State and non-State actors as far as violence in Balochistan is concerned. Unless people are willing to understand this equation and ready to protest the State’s linkage and peculiar perspective, no relief will ever come to the Hazara-Shias. Their’s is the blood that will continue to flow.