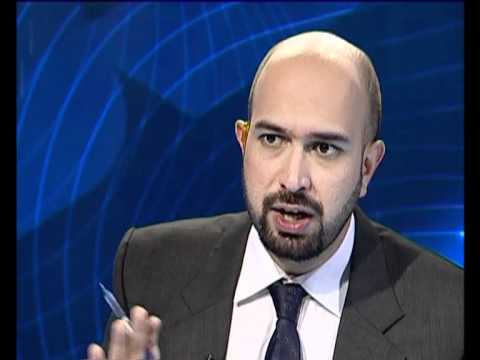 In less than five weeks, the Hazara of Quetta – one of that city’s original Shia communities – have lost close to 200 of their people. Both the old Hazara stronghold of Alamdar Road, and the newer, more ghettoised Hazara Town, have been targeted in terrible and sophisticated suicide and remote-controlled bombings. The “Jhangvis”, as the Lashkar is referred to by Quettawalas, have claimed responsibility.

For context, the “Changezis”, as they call themselves in honour of that great warrior, Ghengis, who they trace their lineage to, are not cowards. They have fought for and against their neighbours when tensions have spiraled in the past. But this time, the Hazara seem to be surrounded. Not just by the deteriorating capacity of the law to protect them, but also the multiplying and complicated narratives that may or may not help explain the big question: why is their community the eye of that horrid sectarian, political, economic and militarised storm that is Pakistan’s ‘Southern War’ that is headquartered in Quetta?

There are several answers that complicate that question. I’ve just spent my last few days in Quetta, meeting with that city’s civilian and uniformed protectors, as well its victims and villains. In vogue with the contemporary and brief ‘tweet’, here’s an attempt at explaining the phenomenon that is Quetta’s sectarian conflict.

The Punjab-did-it narrative: In uniformed power circles here, the question remains: Why is the LeJ – ‘The Army of Jhang’ – not in the Punjab? Why are there sectarian tensions spilling over in Quetta, Karachi and even Khyber Pakhtunkhwa. The answer: The Punjab government may have aligned itself with sectarian elements, or at least reached a ‘truce’ with them, encouraging them to fan out. No evidence is offered for this perspective.

The convert-and-die narrative: Liberals and conservatives, Shias and Sunnis, security and civilian officials, all confirm this: Quetta’s sectarian tensions find their new genesis in the Brahui belt, where there has been a surge of Sunni-to-Shia conversions in the last decade. This has created both communal tensions as well as family feuds. Thus, the LeJ’s foot soldiers in Quetta are largely Brahui-speakers. That means that the Taliban/Pakhtun/Sunni triad that is a common assumption when it comes to Balochistan/KPK sectarian discussions does not hold. There is a new local ethnicity, the Brahui, in the mix, which has created more fractures in a fractured province.

The tough-economics narrative: The Hazara are an organised, educated and disciplined minority in Quetta. They are less than 10 percent of the population (less than 300,000 out of around Quetta’s three million residents), but outperform other groups when it comes to the public or private sectors. They do well, and are thus a threat to other, affected groups in an already deprived province. That’s another reason why they have been targeted.

The people-don’t-talk narrative: For small town where neighbours often know more about each other than they’re supposed to, Quetta’s citizenry is being slammed by investigators and intelligence agencies alike for not helping out as witnesses. The IG Balochistan told me that this is a “Sign of qayamat (doomsday), when nobody knows who murders who or why.” Haji Qayyum Hazara, a community elder and chairman of the Quetta Yakjehti Council, shot back, claiming that though it’s the state’s job to do the investigations. He asks why no arrests have been made after the Alamdar Road attack of January 10 when locals actually helped the police put together a secret dossier (that I saw) on the attackers, complete with pictures, addresses etc.

The judicial-process-is-weak narrative: There are at least 68 Jhangvis in Quetta’s jails, and they’re not being tried. That’s because cops and judges who engage in operations, investigations and trials have been selectively targeted and killed by the Lashkar. Officers recite in hushed tones an incident around 10 months ago, in Barani, where a police contingent of seven cops did well in a search and seize operation, killing two Jhangvis. Today, five of the seven cops have been killed, and the other two remain in hiding. Another incident is cited, where an Anti-Terror Court judge recently threw out a case of over 70 kilograms of explosives seized, famously saying that “it’s not terrorism till the explosives blow up.” Also limiting for investigators is the Anti-Terror Act of 1997 and the Qanoon-e-Shahadat, that make police testimony inadmissible, and in the absence of other witnesses, any case against the LeJ or other actors weak.

The administration-is-Sunni-and-police-are-involved narrative: “I’m not scared of Usman Kurd,” a senior police official said about the LeJ leader. “But I’m scared of one of my constables telling him what I’m upto.” That’s how fragile the police’s internal dynamics are. Recently, the photographs commemorating martyred Shia police officers were defaced inside the main hall of the CCPO headquarters. Cops are wary of other cops. The LeJ is now morphing politically (as its human face the Ahle Sunnat Wal Jamaat, is now acceptably led in Quetta by the violent Rafiq Mengal) as well as combining forces with local Talibs. One group operates and another claims responsibility to create confusion, as happened recently in Saryab and Shalkot. In the face of this, police work is tenuous, at best.

Thus, Balochistan’s multi-layered wars ravage on. There are more narratives, of course. Cops will privately admit that the “chaps in the Cantt” may be thinking the LeJ is a lot of things but not anti-state; thus there may be a “strategic umbrella tolerance” for the group. Meanwhile, the ‘chaps in the Cantt’ admit that Balochistan’s tribal dynamics make it a tough province to police and do intelligence gathering in, as loyalties are blood-based, not state-centric. The cops say that the LeJ and Co are better trained and more methodical than any group they are used to. The military says that the province’s porous borders, free flow of Afghans, arms and explosives and, critically, the Iran-Saudi-Emirati dynamic cannot be discounted from Balochistan. As a ranking officer told me, “If I was an opposition commander, and I saw Pakistan, I would hit Balochistan first. Just because it’s already broken.”

The writer is a TV producer and anchor and tweets @wajskhan