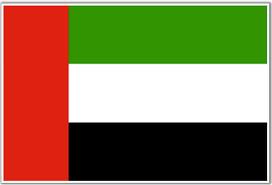 We have all heard of exorcism, haven’t we? Currently we can witness UAE exorcising its Shias, most likely not without some inspiration from the Holy Exorcists from the kingdom of Saudi Arabia. Arshad Alavi, a Pakistani workman in the Emirates was subjected to the same exercise when he was suddenly approached by the authorities and was asked to hasten his exit from the country within a few hours. Arshad had lived in Dubai for over twenty years.

It is estimated that over 4,000 Shiite Muslims have been deported from the UAE, being asked to leave their businesses and evacuate properties within hours. All these people, some of whom had been settled in the UAE for decades, were told to leave immediately without being given any reason for their expulsion. Their residence permits were also cancelled for no apparent reason. The deported people are Pakistani, Iraqi, Syrian and Lebanese Shiite Muslims. However, most of these people come from Kurram Agency in Pakistan as about 1,200 of those deported belong to Parachinar. Their deportation has been particularly heartrending as they trudge back to the sorrowful eyes of their folks in Parachinar, stalked by death and poverty for the same crime that has triggered their expulsion from the UAE. That is, to be born a Shia. Thinking of the jihadist storms and sectarian tempests that continue to visit Shia community in Parachinar, they had already experienced persecution, ostracism, displacement, and dislocation within their own land before they were somehow able to find a foothold in the UAE. Their employment in the UAE probably constituted their families’ only source of sustenance.

Some of the people subjected to deportation, and also some diplomatic sources in the UAE, have confirmed that often these Shias are subjected to humiliation by the authorities prior to their expulsion. Some claimed that they were sent to jail where their heads and eyebrows were shaved. Some others had their backs scrutinized for the scars from self-flagellation, in order to be picked for deportation.

Pakistan has expressed concerns over “forced deportation” of Pakistani Shia Muslims from the United Arab Emirates (UAE) by summoning the UAE Ambassador to the Foreign Office. As confirmed by its Foreign Secretary, Jalil Abbas Jilani. “This is a serious issue particularly in a country which we consider our good friend and having good brotherly relations with. We’ve conveyed to the UAE authorities that the issue will create negative image of their country in Pakistan,” Jilani has said. Senate Standing Committee on Human Rights, which met with Senator Afrasyab Khattak in the chair, also expressed serious concerns over the forced deportation of Pakistanis from the UAE. Not that the UAE cares.

In today’s global world, questions of human rights and their violations are not limited to the borders of the nation states. Yet, here has been not a murmur by the champions of human rights over this apartheid. Where are all the vocal Human Rights groups, riled that a Muslim country is rounding up Shi’ite Muslims and expelling them? Where are the all the liberal Muslims protesting endlessly about this Western grievance against Muslims or that one? Where are all the pan-Islamist ideologues who blame every schism among Muslims on some sort of Western conspiracy? For them, I guess, if Jews or Hindus or Christians didn’t perform an injustice, it didn’t happen.

For both historical and political reasons, the Shias have fared rather poorly in much of the Arab world, and the topics of Shiism and Shia groups are among the most sensitive issues for most of the rulers in the Gulf. Despite the heavy presence of Shia Muslims in some Arab countries, particularly amongst the population of the Persian Gulf Arab countries, they have been treated poorly throughout history. Additionally in recent times, Shia Muslims, alongside Kurds, suffered genocide at the hands of Saddam Hussein. Shias in Bahrain and Saudi Arabia face frequent persecution and extra-judicial murders. . The spectre of a belligerent theocracy in Iran has not much helped the matters either.