Revolution shall not be televised – by Fahad Rizwan

Last few years we have witnessed an epidemic in Pakistan , it is the epidemic of ‘long march’.usually it is middle class which is most affected , symptoms are ‘ tabdeeli ‘ , ‘inqilaab inqilaab ‘ ‘change ‘ some one chanting these words and one gets vigilant ‘poor soul is suffering from this disease. It lasts for some days and then some ‘sage’ from the back channels exercise the curse and the fever magically subsides in a peaceful manner .

From the long marches of Nawaz Shareef , Imran khan and now Dr. Tahir Ul Qadri. All started with the promises of revolution , change and ‘inqilaab’ . Middle class looked to them as saviors . media projected them as revolutionaries and at the end it all bought abject disappointment . the promises of ‘new world ‘ and ‘new Pakistan  never came true , recently such a long march was carried out by tahir ul qadri , a cleric famous for his fierce oratory who knows how to mesmerize his audience, self proclaimed ‘sheikh ul islam’ who called his long march parallel of world famous long march of chairman Mao, who made his followers believe that they are fighting for the same cause as that of Imam Hussein  who called the present government of Pakistan people party ‘Yazeedies’ and call Islamabad (a green chilly capital) ‘Karbala’ (a hot barren land where Hussein was mercilessly butchered by the Yazeedi army ).

The Pakistan Media gave a huge coverage to this façade of revolution but no one as far as I know bother to present some parallel to the long march of Chairman Mao (which Qadri was repeadedly mis-quoting).

The year was 1934 , the communists were girdled by the nationalist forces of 50,000 strong chiang kishek’ troops for more than 2 years ,they were advancing step by step. the plan was to strangulate the red army of peasants and thus the very existence of Chinese communist party. Communists had lost 50% of the territory they had controlled in 1933 and 60,000 red army soldiers were killed. Backed by the American and british imperialists ,The Guomindang had the clear ability to fully destroy the Communists. This was the time when mao zedong decided to retreate towards safe sanctuaries of yenan province to evade complete annihilation of Chinese revolution. Thus on October 1934 some 86,000 people , in the Jiangxi-Fujian border break through the nationalist lines , the caravan included red army soldiers , women and administrative staff , the woman in long march gave birth to babies and then left them to villagers in countryside and majority of them was not able to see them again , they were butchered ,impaled by the nationalists ,abandoned or sold by the frightened villagers . fathers saw there young sons been lynched in front of there eyes , the long marchers lived on straw or on grass or just die of starvation , they were buried in tons of snow , treaded under tanks or simply shot by the nationalists , the man leading them mao zedong also lost his wife (yang kiahu) , son(mao anhong) and brother (mao zeten)… … covering more than 10,000 kms and passing through snow covered mountains , rivers ,marshes on foot in 1 year , of 80,000 only 10,000 were able to reach in sanctuaries of yunan province that is called a long march …

Same is the case with the word ‘Husaniyat’ the way in which Qadri had played with this term has detonate the whole legacy associated with this term , ‘Husaniyat’ as legend tells us Hussaines never embrace Yazeedies , imam taught us to struggle till last breath of your life.. it does not matter if your brother been lynched in front of you , your 18 year old son’s body was mutilated by horses , your 6 month infant expires in your hands and then your own body has been cut to peaces , your sisters and daughters beaten by the oppressors …. whatever the circumstances comes with , Hussein could never embrace Yazeed. Hussanies never compromise there principles. 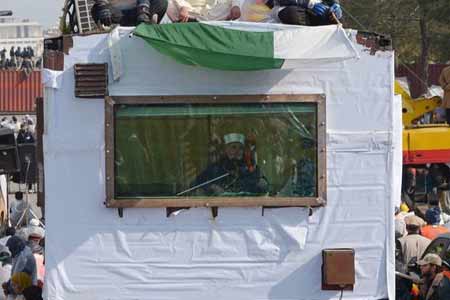 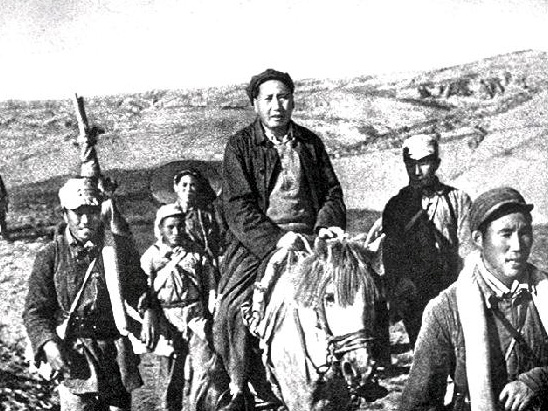 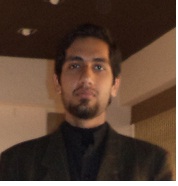 52 responses to “Revolution shall not be televised – by Fahad Rizwan”