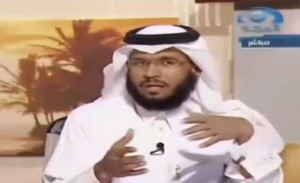 A Saudi cleric has called for all female babies to be fully covered by wearing the face veil, commonly known as the burka, citing reports of little girls being sexually molested.

In a TV interview on the Islamic al-Majd TV, which seems to date back to mid-last year, Sheikh Abdullah Daoud, stressed that wearing the veil will protect baby girls. The Sheikh tried to back his assertion with claims of sexual molestation against babies in the kingdom, quoting unnamed medical and security sources.

Recently picked up on social media, Sheikh Dauod’s statement prompted wide condemnation from his fellow Saudis on Twitter. Some tweeps called for the Sheikh to be held accountable because his ruling denigrates Islam and breaches individual privacy.

Sheikh Mohammad al-Jzlana, former judge at the Saudi Board of Grievances, told Al Arabiya that Dauod’s ruling was denigrating to Islam and Shariah and made Islam look bad.

Jzlana urged people to ignore unregulated fatwas and explained that there are special regulations set by the Saudi authorities to administer religious edicts and appoint those who are entitled to issue them.

He said that he feels sad whenever he sees a family walking around with a veiled baby, describing that as injustice to children.