Home  »  Original Articles   »   The slip of Annaji – by Merlin Flower 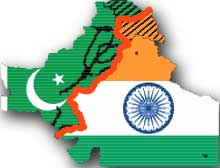 How fast the messiahs fall down. The holy man Asaram Bapu said on the Delhi gang-rape victim, “She should have called them brothers, fallen at their feet and pleaded for mercy [i].” His platitudes as unsurprising as a hawkish President jaunting drones to attack children and women. After all, if I may twist the words of Schulz, you can directly tell the Godman, ‘For a something, you are nothing.’ Yes, he calls himself an elephant the reptilian that he is.

But, what’s the excuse for Anna Hazare, the messiah of anti-corruption in India? On Pakistan he says, “Let’s have a decisive war and solve the problem for once and all.” Don’t doubt, for, he did say those words. Oops, the way messaiahs fall.

Not long ago, we were singing peons on his valour. Finally, here’s someone mighty enough to stand up to corruption, we wept. Someone with guts from head to toe, we rejoiced. Fittingly, he galvanised a sleepy generation to wake up and fight against the powers that be. At one point, last year, there were 25, 000 people in the ground when Annaji went on a fast for strong anti- corruption laws in the country [ii]. No man, after Gandhi, had managed to bring an Indian government to its knees. Annaji did. The government shook, acted in haste, made a mockery of itself, but survived, and still is in Delhi.

For the past few weeks, the border between India and Pakistan remained volatile. Of course, there’s a ceasefire across the Lone of Control (LOC), but this time, going by the reports, a Pakistani soldier and two Indian soldiers have been killed. Naturally, tensions have shot up on both sides. Unfortunately, for all the turtle like steps for peace across the borders, the occasional flare-ups send them back by years, if not decades. The hate rhetoric follows fast and easy. Hence, for sane voices to step in and say, “Breathe, let’s think over and talk.” Eh, voices that ought to belong to social-activists like Annaji.

Yet, just look at his words, “I am 75 now but if there need be I would go to the borders and fight against Pakistan,” he says. And, what? India dropping a nuclear bomb on Pakistan, Pakistan responding with five, Russia annihilating Pakistan and China vaporising India? Or, the US of A annihilating both the countries with the pretext of preventing nuclear wars? Pause. Arguably, the world will still have the Zardaris and Gandhis ensconced in some villas in the Caribbean, while the nations pass into history books. How very kind. When guts turn into kidneys and take the place of brain, you know you shouldn’t hold back.

Perhaps, there are only so many hunger strikes and Gandhian tradition a man can endure. And, Annaji at the heart of 70 want to emulate Arnold Schwarzenegger or Salman Khan as they take on armies with a gun or bare hands. So, without wasting time, let’s send him to the border with wishes of good luck (Dear Pakistan, do send in Hafiz Saeed too. Let them have a cup of wine and talk about art). Hunger strikes, despite their power, aren’t as sexy as the battles waged by Salman Khan or Tom cruise, are they?

Anyway, is there anything as pathetic as a sane voice gone insane?