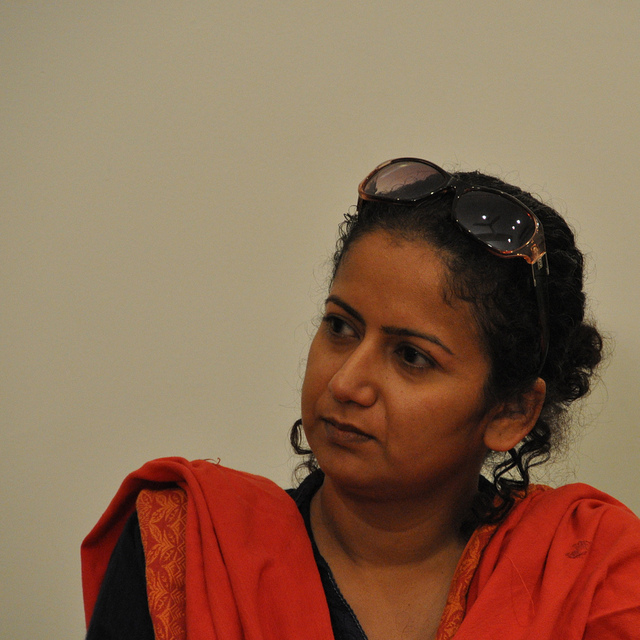 Recognition of violence is a political act: Nazish Brohi

‘Taliban targeting of Shias occurs the most frequently in parts of Pakistan where Al-Qaeda/Taliban/Sectarian groups nexus at the ground level is the strongest, such as in Quetta, in Parachinar, in Hangu and Kohat, says Nazish Brohi. Activist and researcher, Nazish Brohi has extensively written on women and political issues. In an interview with Viewpoint, she discusses the attacks on Hazaras in Balochistan. Read on:

Why all of a sudden Hazara people have become a target of sectarian outfits? Or is it the case that Hazara killings have been going on for a while but ignored?

The Hazara killings have not suddenly started – they have just now come on the national radar. The first such targeted attacks were in 2003, when a mosque was bombed at Friday prayers and police recruits were taken out of a van and shot dead in 2004, a Hazara Ashura procession was bombed. So it has been over a decade.
There are two points I want to make here – first, that the Hazara attacks are not ethnic killings, in the sense that they are not being singled out because of their ethnicity per se, but more of a sectarian cleansing: they are targeted because they are Shias. It is easier to identify Hazara Shias because they visibly look different, as compared to other Shias for which assailants need to do more work, such as figure out their name, see ID cards etc., so Hazaras are easier targets. While the effect of both lenses is the same, in that Hazaras are dying whether for ethnicity or sect of Islam they follow, it is an important distinction to make. It is important because it puts their killings in continuity with the other target killings of Shias in Pakistan, such as in Karachi, so we can see the broader pattern.

Second, I want to point out that recognition of violence is a political act. At what point do acts of individual violence transfer to broader paradigms? And at what point does the trend of violence gather official and public attention? I am suggesting that we have developed a threshold for violence, and there are certain pivot points at which that threshold is crossed, and part of building tolerance is figuring out what that threshold is and lowering it. Coming back to the ‘suddenness’ of Hazara killings, it is interesting to note the observation of journalist Owais Tohid who has extensively covered the War on Terror. He points out that Taliban targeting of Shias occurs the most frequently in parts of Pakistan where Al-Qaeda/Taliban/Sectarian groups nexus at the ground level is the strongest, such as in Quetta, in Parachinar, in Hangu and Kohat. So while the sectarian groups openly accept responsibility of Shia killings, they are not targeting Shias in areas where sectarian groups work relatively autonomously as in south Punjab.

In a recent essay for the daily Dawn, you speak about your experiences of working with Hazara women. Tell us how have they suffered as a result of anti-Hazara violence?

I don’t specifically work with Hazara women but with groups of women from Balochistan, which includes some who are Hazaras. Many of the well-off educated Hazara families have already left Pakistan, whether as asylum seekers or economic migrants, to Australia, Canada and other places. The working class Hazaras are also as desperate – remember the case of them being shipwrecked and drowned in an effort to be smuggled abroad. Many younger Hazara girls who are educated are counting down to when they leave – they are refusing marriage proposals and learning internationally marketable skills such as learning different languages and IT skills as they wait till paperwork is done to find better jobs once they leave. At the moment, I don’t see them connecting with Hazara politics and push back, the way I see women Baloch women doing.

The demand for Governor’s Rule by Hazara clergy was , for a while seen as a conspiracy, since it coincided with Qadri’s long march and Supreme Court’s ruling regarding Prime Minister’s arrest. Also, don’t you think Hazara demand would pitch them against Baloch nationalists?

The combined effect of the three does seem like an ambush of sorts. But I don’t think we should give in to the ‘doomed democracy’ panic because it self perpetuates. About the timing of the court ruling, I think it can be attributed more to the Supreme Court’s penchant for populism and ‘riding the crest’ rather than premeditated alignment. Qadri was an experiment gone wrong, but the episode raises questions about Pakistan’s pathological countdown to apocalypse. The demand for Governor’s Rule needs to be contextualized by the desperation and fear of the Hazaras. Such moves are inimical to democracy, but then, the prior government in Balochistan was not conducive to democracy either.

That is a mild way of saying it was an absolute disaster. Assembly sessions had no quorum so sessions were barely held, no legislation to speak of, everyone was in the cabinet, and the cabinet fled to Islamabad. Had there been a healthy opposition, there could have been parliamentary inquiries, votes of no confidence, task forces and other democratic correctives introduced before things got to this point. But because the elections were boycotted by the opposition, the opposition was non-existent in parliamentary process.

The Governor’s Rule need not derail the system though. Already there is resistance to it and a push back in Balochistan. In 2009, Punjab managed to get over it smoothly when governor’s rule was announced after the courts disqualified Nawaz Sharif and Shahbaz Sharif, it was imposed for two months, then there was a parliamentary rescue. Of course, there are bad case scenarios of governor’s rule also, Karachi and earlier, East Pakistan. Political parties need to find a way to make the democratic process functional in Balochistan, and taking the constitutionally legitimate demands of Baloch nationalist parties is a critical step that will make or break it. They keep coming up with redundant things like APCs (All Parties Conference). This was a colonial-era tool that emerged at a time when political parties of the subcontinent did not have an institutionalised mechanism for interaction and were governed through Westminster Parliament. There is a parliament now, you don’t need an APC, you need the parliament to function. So the real threat is the other Hazara demand, of bringing in the army and FC to control Quetta. How do you bring in a force to control something they already control?

Will the Governor’s Rule help calm down Balochistan?

And this demand for further FC deployment puts them head to head in conflict with the Baloch, who blame the security apparatus for the atrocities against them, from missing persons and forced disappearances to bodies found dumped in gunny bags. Some Baloch groups have been using targeted violence against other ethnicities already. That makes the situation extremely serious.