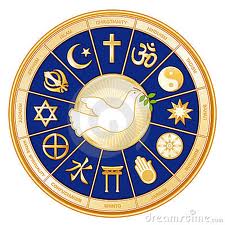 Yesterday I got the news of a new born boy in our relatives.I called and congratulated him and while I was talking with him he told me that his grandfather is giving the azan in his years. After the call I began to thought that since our birth in the Muslim homes our minds are  being played in the hands of our elders, relatives and the society.

Since the early age we had been taught that you  are very fortunate that you got the  birth in the Muslim home and this is a very special reward of Allah on you and that each new born is born on the Muslim Shariah. As the time passed same things we had heard from our relatives and the others in society claiming us the best than the other religions. Now I indeed think that how our innocence had been spoiled with the utter hatred since our childhood with these worst views. Why the people getting born in other religions should be treated with any kind of hatred from the Muslims as it was not their choice rather a compulsion of this destiny. I think it’s nonsense that only Islam is a great religion and thus ridiculing the other religions.

It is very unfortunate that we get younger with these hatred views and then later on in the older age preaching same hatred to our next generations. I simply disagree with all those whom had preached that Islam is the religion of peace and there can be many examples given in this favour. The time has come when instead of ridiculing others we should transform ourselves with better character instead of preaching hatred.