Home  »  Original Articles   »   Youm-e-Ishq-e-Rasool Protest versus Shias’ Quetta Protest: You Cannot be a Muhammadi without being a Hussaini 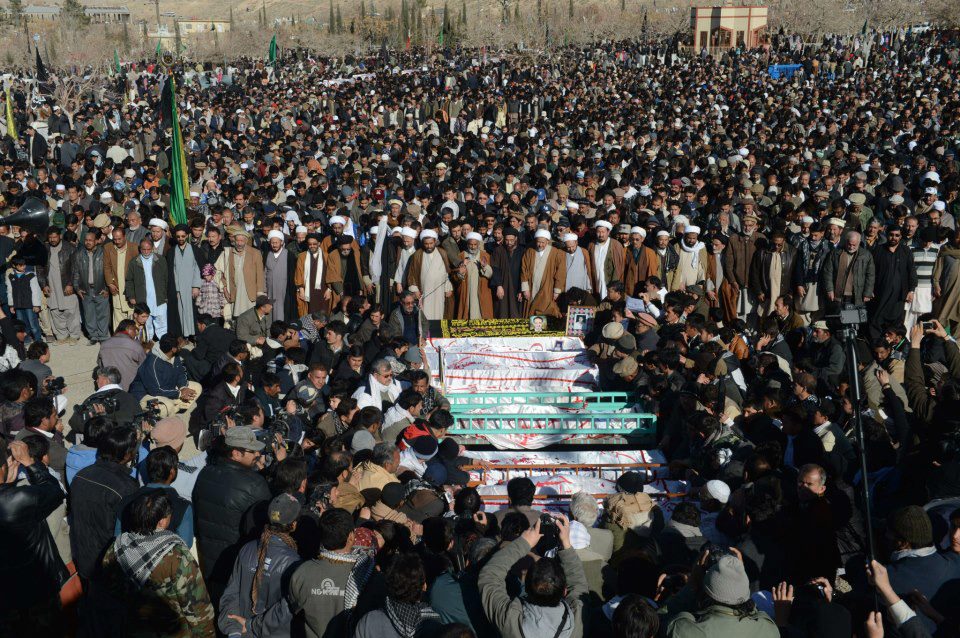 Do you remember the Youm-e-Ishq-e-Rasool (Day of Love for the Prophet) observed in Pakistan on 21 September 2012? The day was observed as a protest against a short, stupid movie called Innocence of the Muslims. The Youm-e-Ishq-e-Rasool was announced by no other than the prime minister of Pakistan. The protest lasted just one day and at the end of the day, this is what happened:

1. Banks were robbed by the protesters all over the country.

2. Thousands of vehicles belonging to Pakistanis were burned down because their drivers or owners wanted to go somewhere to carry out some tasks including emergency.

3. Hundreds of buildings were set on fire by the protesters.

4. Fast food outlets were burnt down. The food and all items therein (such as refrigerators, air conditioners, and  crockery) were stolen.

5. ATM machines were destroyed and the money deposited there stolen.

6. American and Israeli flags were burnt.

7. Churches were set ablaze to punish Pakistani Christians because the maker of the movie was a Christian.

8. People fought over spoils. Many were injured and many died.

Now let us see what the Shias of Pakistan did from 10 to 14 January 2013 in response to the killing of 86 innocent men and boys by the Saudi/ISI-supported Lashkar-e-Jhangvi. They protested all over the country. In Quetta, relatives of the mourners brought the 86 bodies to a road and refused to bury them till the provincial government was sacked. For four days in the freezing cold of Quetta, Shia men, women, boys, girls, infants stayed on the road. In Karachi, Lahore, and the rest of Pakistan, they did the same. In Skurdu, the Shias protested for 4 days in minus16 Celsius.

Why was the Shia protest such a reverse of the Youm-e-Ishq-e-Rasool in form and content? It is because the Shias are guided by Imam Hussain’s way. In his fight with Yazid bin Muaviya bin Abu Sufian, Imam Hussain was guided by the principle of fair play. Shias acted in the manner of the great Imam. The Quetta protest has proved that you can become a superior group of people, a species apart, if you follow the way of Imam Hussain. Shias are not superior to any other group of Pakistanis genetically or any other way. They are as ordinary as the rest of the Pakistanis. Brelvis, Chritians,, Hindus, and Ahmads can become highest examples of moral excellence like the Shias of Pakistan if they too follow the way of Imam Hussain who was the most beloved person in the life of his grandfather, the Prophet of Islam (peace be upon him). On many occasions, he (peace be upon him), “I am from Hussain and Hussain is from me!”

There is only one way which leads to the Prophet (peace be upon him) and all he stood for. This way lies through Imam Hussain: honesty, fair play, protest aginst tyranny, and love for human and natural rights for all. You can be a Muhammadi only if you are a Hussaini. Otherwise, you will be a species between primates and homo erectus just like the criminals who brought a bad name to the Prophet of Islam (peace be upon him) the Youm-e-Ishq-e-Rasool who is a blessing to the entire universe!