Don’t dream for Shariah! -by H.A.Khan 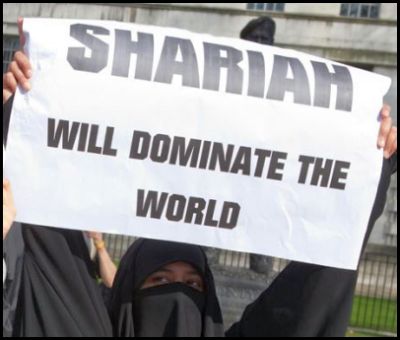 Today in morning while seeing news on different sites, I saw news that in Egypt the prosecutor will interrogate that the famous host Jasmine Yusuf was involved in insulting the current president Marsi in his famous TV show. Now the rotten fruits are unmasking their selves in Egypt with the Dictorial rule of Ikhwan and its allies.The voices of hopes and against the current government already had shown their all efforts not to choose the current constitution but with this situation it’s an eye opener or rather alarming for all of these people and their voices.

I am always writing in favor of the political system which should not be based on any religious or theocratic mindset and which should be free from all these type of worst discriminations against the masses. I am of this firm believe that throughout their history the Muslims had always wanted to impose their brutal principles on all other voices with all power and discrimination. Their shariah is nothing else but to take the people in the dark era and brutalities. We must understand that with supporting the Islamic governments and their shariah you are not only supporting the dark ideology but also giving them powers to massacre yours generations through their worst, brutal and dark teachings.

I must ask the people stop supporting these powers in all aspects and they can never be yours friends. In the end I would mention that recently after the martyr hood of Basheer Bilour ANP leader Asfandyar Wali had written a letter to the president Zardari, that the only way to tackle with the ongoing terrorism is either consult them with a serious dialogue or crush them till their last remark.I think that the time has come to seriously think on this idea with all seriousness.

2 responses to “Don’t dream for Shariah! -by H.A.Khan”