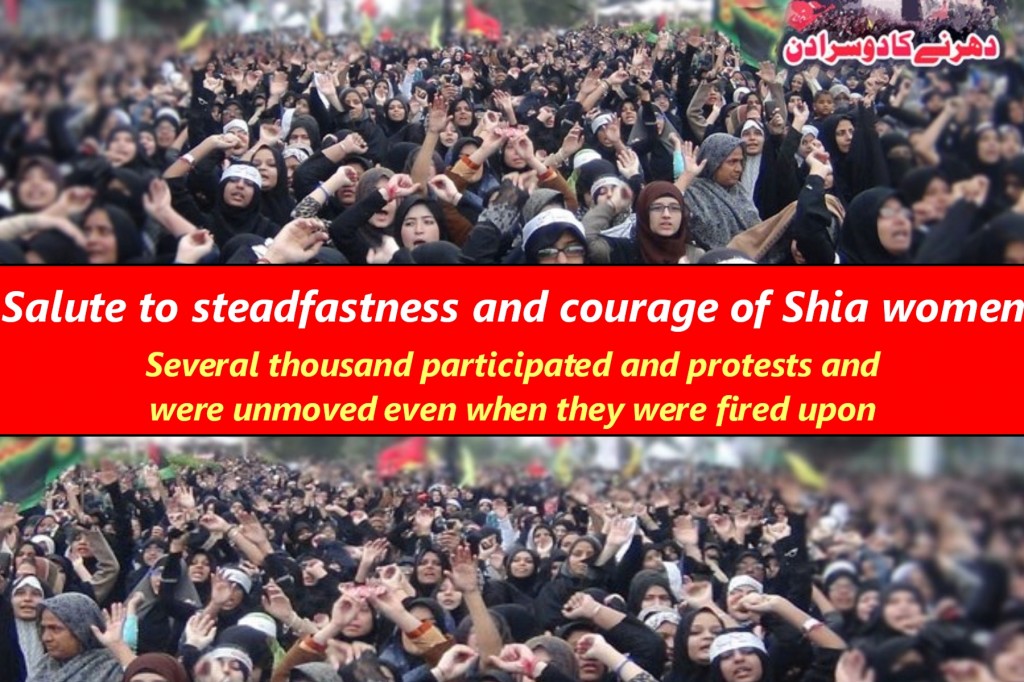 More than 20,000 Shia have been killed in Pakistan while the death toll for the running year is above 570. What is the crime of the victims? being Shia and refusing to bow down to intimidation and violence by Takfiri Deobandi terrorists of Sipah Sahaba (aka ASWJ), Lashkar-e-Jhangvi and Taliban. Despite organised intimidation campaigns and unending violence against the Shia facilitated by state institutions of Pakistan; the 40 million Shia community of Pakistan has shown exemplary courage, patience and steadfastness. They continue to refuse to bow down to the demands and harassment of the terrorists and continue to remain steadfast to their Shia identity, belief and their lifestyle. Azadari, the Shia tradition of mourning and protest in Muharram continues unabated despite Shia killing across Pakistan. When the state has failed to and refused to protect the Shia community of Pakistan; and some state institutions like the Judiciary and security establishment facilitate Shia Genocide; the Shia have so far refused to retaliate with any form of violence. So far, there is not a single example of an indiscriminate attack by the Shia of Pakistan.

The Shia of Pakistan exemplify resilience and a peaceful non-violent struggle for defense of their rights. The year 2012 saw country wide peaceful protests by Shia community spread across cities, towns and villages. Similar protests were held across the world spread from Australia to the EU and as far as American and Canada. Hundreds of people have protested peacefully in Washington, NYC, Toronto, Vancouver, Sweden, Denmark, Norway, Canada, London, Kargil in Indian Kashmir, Lucknow and elsewhere. In Pakistan, over a 100,000 Shia protested for 8 days at Parliament House Islamabad in April 2012 and a same number protested for 39 hours in Karachi. Similar protests were held in cities and towns of all provinces of Pakistan.

Shiism owes its existence to a woman: Zainab.

The question I want to ask is: what is Pakistan and the world waiting for? How long will Pakistan and the world let Shia killed by these terrorists? Yes, Shia have not retaliated so far but how long will the remain peaceful? They do have the right to self defense, don’t they? What is the state expecting by letting Shia Genocide in Pakistan go unabated, unnoticed and unreported on media? Too many lives have been lost, too much blood has been shed, too many coffins have been lifted, too many have been made orphans and widows. Shia have stayed steadfast, resilient and protested peacefully demanding the most fundamental of the rights: right to life in Pakistan. This is not too much to ask for.

Thousands of Shia women participated in not just 39 hour Karachi Dharna but all #ShiaGenocide protests worldwide.