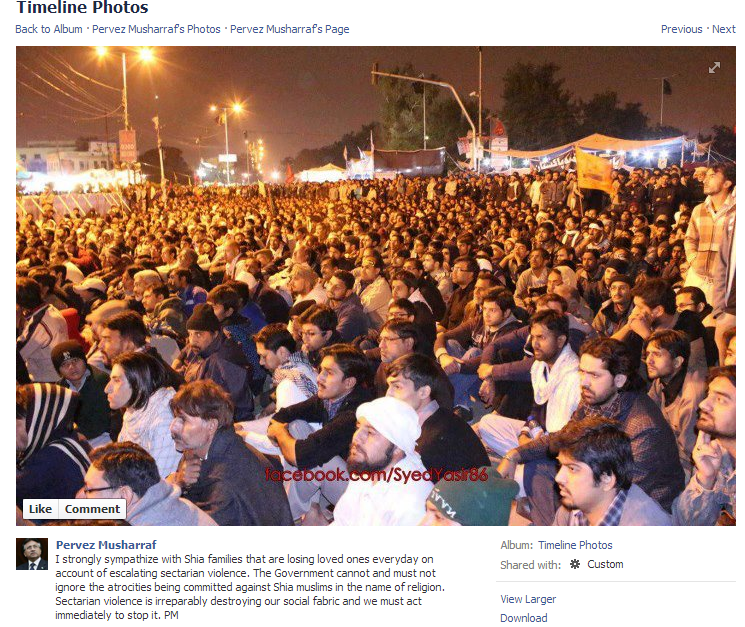 “I strongly sympathize with Shia families that are losing loved ones everyday on account of escalating sectarian violence. The Government cannot and must not ignore the atrocities being committed against Shia muslims in the name of religion. Sectarian violence is irreparably destroying our social fabric and we must act immediately to stop it. – Pervez Musharraf”

“25 Shia Muslims were killed in Gilgit after checking their identity cards. This is 27the Ramazan today; on such a holy occasion, some so called Muslims are killing Shia Muslims. Those who are killing Shia Muslims are misguided souls. What kind of Islam do they represent? They (the Takfiri Deobandi killers) don’t have a right to describe themselves as Muslims. They are terrorists. Shias are our fellow Muslims and our brothers. Nobody has a right to consider his sect as better than others or try to enforce his sect over others.”