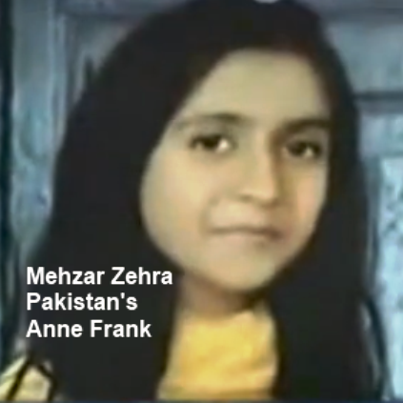 There was just one thing that became the end of it all for Mr Abbas, and that caused his daughter’s breathing to almost stop. They were Shia!

Each breath she takes is borrowed. Her slender body is connected to different machines, and those machines are what keep her alive. Her usually rosy cheeks are ashen, the stillness of her body seems to have frozen time in that stark, cold room. As her mother mouths unspoken prayers, her eyes fixed on the immobile face of her beloved daughter, the pain is almost palpable. There is too much she needs to cry for, yet there is only one thing she can focus on. Her daughter must open her eyes. Her daughter must start breathing on her own. Her daughter must not stop fighting. She has already lost too much. And she will only mourn for that once her little girl opens her eyes. She must soon. Her baby girl who is only 12 years old must wake up soon. As she prays with all of her, there is just one name she remembers in the world: Mehzar.

One more little girl has been shot. One more child is in the ICU. One more innocent being is fighting for her life. How did this happen? When did it become an everyday occurrence that children, pre-teenage girls, were operated upon in hospitals brought in blood-soaked? How did those who should only see the emergency ward of a hospital to get five stitches after falling off a bike, hiding behind their mothers’ backs, wailing, end up almost dead on a gurney surrounded by a team of shocked doctors? How did children whose bleeding noses were enough to make a father’s strong shoulders droop, become a regular in hospitals, blood seeping from their wounds? How did it become a normal — sad — but not shocking thing to watch flashing ambulances bring in children who were shot at point blank range? When did the world change so much that shooting children became just another thing? When did the rules of engagement change? When did children become targets? How did it stop mattering who was at the other end of a bullet?

Syeda Mehzar Zehra Zaidi was shot in Karachi on December 30, 2012. Thrice. It was around 8am. As her father, Syed Nazar Abbas Zaidi, aged 45, drove her to school, the only thing probably in her still sleepy head was: do I know enough for my test today? Talking to her smiling father, the exuberant girl had no idea it was the last talk she would ever have with him, the man she loved more than any other in the world. The world stopped its natural motion for a few seconds as the unthinkable happened. The car was shot at. A number of times. All I know is a 12-year-old…that is the age of my only son…was shot brutally along with her father. Her father died. She lived. With three bullets lodged inside her small body, she lived. The impact of the bullets must have lessened because of the protection of being inside a vehicle, but they did enough damage. As someone very close and dear to me said after being in a horrifying shooting incident — his words still echo in my head after 24 years — one doesn’t even feel the first bullet. It is so unexpected. And the next ones are like burning coal. Since there is nothing in your system to compare it to, you try to make sense of the pain the best possible way. Only God knows what Mehzar went through as two bullets pierced her arms and one entered her lungs. That one played havoc. As her father bled to death, she barely breathed. A man died. A child lost her father, and almost died herself. The world ceased to exist for Syeda Mehzar Zehra. Life ended for Syed Nazar Abbas. There was just one thing that became the end of it all for Mr Abbas, and that caused his daughter’s breathing to almost stop. They were Shia.

And it continues. The killings of the members of the Shiite faith have become regular breaking news on TV and a black headline in papers. The international media is talking about it. People of all sects are protesting against it in London, in New York. The term ‘Shia genocide’ applied with helpless pain by the wronged Shiites, many Sunnis and conscientious people of other faiths have started to take the resonance of the most apt word to highlight the enormity of what is happening all over Pakistan. Thousands have been killed since 2000. The main accused has been al Qaeda, the Taliban, and most prominently, the Sipah-e-Sahaba. From 2002 to 2012, Shias have been killed in groups. And it continues.

[Shias of all ethnic backgrounds are being killed in almost all parts of Pakistan.] From the killing of 12 Shia Hazara cadets in 2002, to 42 dead after a suicide attack on a procession in 2004, to the 56 martyred in another procession in 2009, to the three Hazaras killed in 2012, Quetta has been witness to the brutal massacres one too many times. [While about 700 Shia Hazaras killed in Quetta have received some attention, the tragedy of at least 300 non-Shia Hazaras of Quetta remains largely ignored by local and international media.] Many Shias have been killed in Karachi. Two of the most horrifying incidents took place in Kohistan and Manshera in 2012. The details chill the blood and the barbarity makes one lose faith in humanity. People were shot at point blank range after being identified. Only Shias were killed. Out of the 18 massacred in Kohistan, three were children. In Manshera, 25 were martyred. As I write this, despite reading/writing about it before, my mind goes numb in its inability to grasp how it all happened.

One or more radical organisation has decided Shias do not deserve to be called Muslims, and hence, to be eliminated. One after the other or in one go if they could have their way, they would finish them all. The extremist group/s have taken it upon themselves to decide who gets to be a Muslim or who fits the bill as per its tenets. Forgetting the basic principle of tolerance taught by Islam and the instructions to co-exist, the fanatics have taken it upon themselves to finish all who are in opposition to their own warped version of religion. The killings continue and the killers are not caught. Despite declarations of organisations that they kill, and will continue to kill, no real, tangible action can be seen to eliminate the menace. Even if some arrests are made, some case makes it to the courts, there seems to be no deterrence to the mayhem. The evidence remains incomplete, the witnesses are silenced, the lawyers prosecute with fear writ large on their sweaty brows and the judges dismiss cases in an unsightly hurry to be marked off the lists of the raging fanatics. The system’s dismal inability to see a case through to its logical end ends up emboldening the perpetrators of a bloodbath that seems never-ending. The population of Shia Muslims in Pakistan that ranges anything from 16 to 25 million is too big to be not considered important, and practising their faith in peace too much for the extremist groups to bear. Ergo, they shoot. Ergo, they kill. One of their latest victims is Syed Nazar Abbas and his daughter, Syeda Mehzar Zehra. A Shia family has been destroyed irrevocably. Who will do justice here?

The bright, class seven student, who doted on children younger than her and whose life revolved around her family and school, fights for her life today. The youngest of the three siblings — one brother, one sister — the baby of her family who would hug her father until she fell asleep, does not even know her beloved parent is dead. The bubbly girl who smiled constantly, and loved to recite hadees-e-kisa from an early age at maajalis is unable to speak. The nohay she used to sing must seem more apt to her family today as they seek words to mourn. The 12-year-old who loved colourful dresses lies on a hospital bed in a drab gown, devoid of any hue other than a pale white. A girl who greeted everyone with a smile has no words left in her. The daughter who had a skip in her step now lies sans any life in her legs as her mother prays. The child who had her whole life ahead of her lies helplessly, with her spinal cord, one kidney and lungs damaged. Her spinal injury may paralyse her. And while she lives connected to a machine, her shooters, the killers of her father, roam free. While she takes her borrowed breaths, the world outside goes by, oblivious, apathetic and just as it was before November 30, 2012.

May Allah watch over you, little Mehzar. And may you come back to your family soon, just as you were a few days…an eternity ago.

The writer is an Assistant Editor at Daily Times. She tweets at @MehrTarar and can be reached at mehrt2000@gmail.com 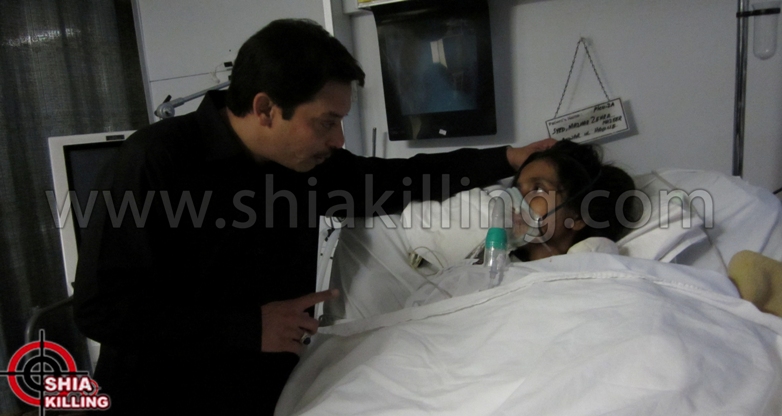