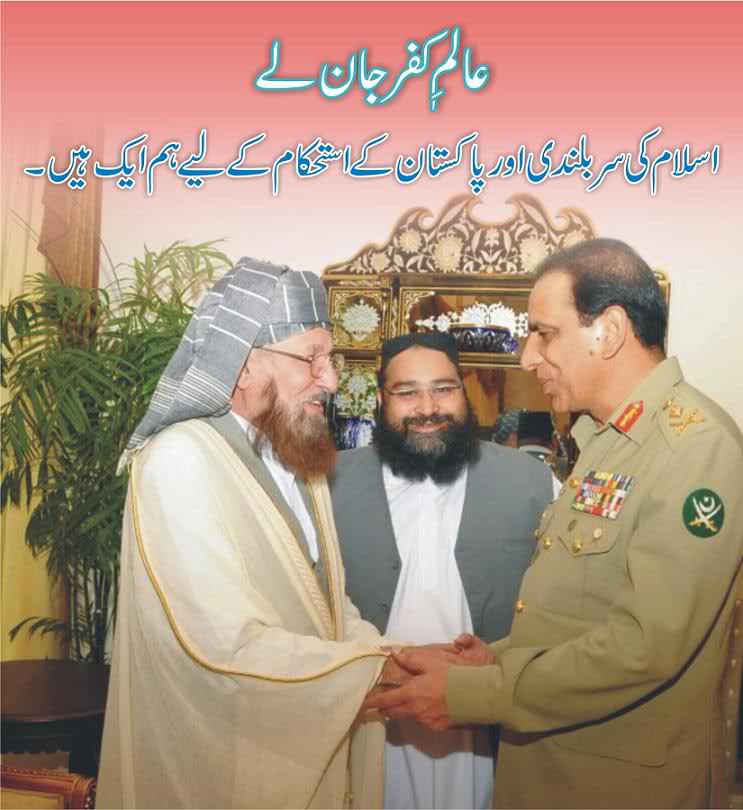 Surveillance, verification and investigation of the print and electronic media commenced two months ago in Lahore by the MI, confirm journalists while reacting to The News report, “MI goes from door-to-door to get information on journalists”, said one. A similar door-to-door exercise commenced in Rawalpindi on Tuesday.

“I live in the Shaheen Colony of Walton, Lahore Cantt, and I have noticed the movement of suspicious people around my house at different time during the last week. A few days ago, two men on a motorcycle came to my locality and sought information about me and my family. They contacted a local shopkeeper and asked questions about me and my family including whether I am Shia or not, etc.

“On Sunday, a motorcyclist chased my car in the Cavalry Ground area”, says Tanveer Shehzad who works in the Urdu section of Radio Deutsche Welle. He is also the elected President of the Electronic Media Reporters Association. He told The News that this happened about two months ago and the questions being asked were similar to the ones posed to The News. “My family is still shaken. By the grace of God, I, as a professional journalist, have a long neat and clean career and never involved in any kind of illegal activity“, he added.

The Inter Services Public Relations (ISPR) in Lahore was approached by several other journalists who were also being harassed with a similar questionnaire shown to The News. “We requested them to look into this matter as we are ready to face any kind of investigations if there is any thing objectionable on our part.

The News was also informed that some journalists have taken the questionnaire in stride and filled the two pages written in Urdu. Journalists of a Lahore based television channel were given this form and it was duly filled by them.

“We had no other option. We were told by the management that we had to fill the form and we obliged”, says one journalist from the channel.“But in a latest development, I came to know that same situation is also happened with some other Lahore based journalists including a Geo TV reporter. We are consulting with journalist friends and are also in contact with Punjab Union of Journalists and Lahore Press Club. We have increased our vigilance level and hope the situation will be better soon”, says another journalist from Lahore who did not want to be identified.

Senior journalist Ishrat Hyat, working in The News, and writing on non-political issues, says that a similar exercise took place at her residence in Rawalpindi, when she was out of town.

The Military Intelligence (MI) has initiated a country wide exercise, where they are knocking at the doors of journalists and columnists seeking help in providing them details about themselves in a two-page form in Urdu, for what they say is a verification process. The News saw the names of nearly a hundred well known media personalities, including women journalists who live on their own and even included one columnist who is a sitting member of Parliament.

Selected journalists and columnists stationed in Rawalpindi come under 10 Corps, say MI officials and a two-member team is assigned to gather personal details from these journalists, including four journalists presently working with The News.

The MI, according to Wikipedia, is “tasked with operations, identifying and eliminating sleeper cells, foreign agents and other anti-Pakistani elements within Pakistan”, so it is mind-boggling which category the media comes under. The MI is currently headed by a two-star general, Major-General Naushad Ahmed Kayani, nominated by the COAS himself.

After reading dozens of questions which had to be answered, this correspondent wrote at the end of the questionnaire, in space provided for remarks, “ As a working journalist, the Constitution and the laws of the land do not oblige me to provide the Military Intelligence with such personal and intimate information”.

Though the questionnaire was presented under the garb of ensuring ‘security clearance’ for events hosted by the Pakistan military, it was clear that it was much, much more than that.

It is indeed shocking at the details that the MI is interested in. Apart from the journalist’s name, father’s name, CNIC number and other details easily available from Nadra, it was also obligatory to specify one’s religion and whether one was a Sunni or Shia. If you wished to put Islam in the desired column it was not enough. Details were needed whether one had any strong affiliation with any religious group and if one had been involved in any illegal activity.

According to Wikipedia, the MI directorate is composed of Air Intelligence (AI) of Air Force, Naval Intelligence (Navy), Army Intelligence (Pakistan Army), and the Directorate for Marine Intelligence of the Marines. However, the MI is part of the Army and reports directly to the chief of army staff. And, the Army has appointed its officers to lead the agency. Pakistan’s Military Intelligence (MI) is one of the three main intelligence services in Pakistan.

MI goes door-to-door to get information on journalists. By Mariana Baabar. The News. December 05, 2012. http://www.thenews.com.pk/Todays-News-13-19272-MI-goes-door-to-door-to-get-information-on-journalists

As a part of the Shia genocide, at least 20,000 Shia Muslims have been killed in Pakistan by Pakistan army-sponsored Deobandi militant groups (Taliban, Sipah Sahaba). At least 200 medical doctors, hundreds of other professionals including teachers, journalists, lawyers, engineers, police officers, poets, businesspersons and others have been killed. Their only crime? They follow the Shia sect of Islam.

Only in one month (November 2012), more than 80 Shia Muslims were killed in Pakistan by Takfiri Deobandi terrorists.

The phenomenon has been described as Shia genocide by various media outlets including Al Jazeera, Dawn, Daily Times, Press TV and Express Tribune.

As an outcome of army-sponsored anti-Shia violence in Pakistan, now ordinary Shia Muslims have started receiving threatening messages via SMS.

Shias, targeted in numerous explosions and target killings, are now receiving death threat text messages on cellphones ahead of a key event in their religious calendar that has been tainted by violence in the past. “Kill, Kill, Shias,” say the text warnings to members of the minority sect. Hardline Sunni Deobandi groups (Sipah Sahaba and Taliban) linked to al Qaeda have in recent months stepped up attacks against Shias, whom they regard as non-Muslims.

The following articles offer evidence of Pakistan army’s support to Deobandi and Wahhabi militant groups many of whom are actively involved in Shia genocide.