Home  »  Newspaper Articles   »   In response to Imran Khan’s three reasons for talks with Taliban – by Misbah U. Azam 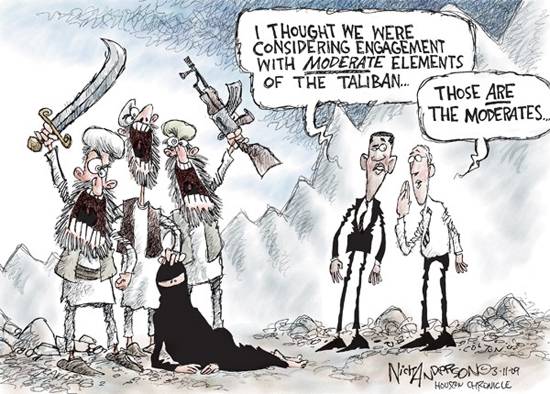 ON Oct 28 PTI Chairman Imran Khan gave a talk in front of almost 500 people in Silicon Valley, CA, and he gave his views about the Taliban.

In so many words he virtually condoned Taliban atrocities in Pakistan. He blamed US drone attacks on tribal areas as the reason for Taliban rampage on the streets of Pakistan.

He insisted that Pakistan should ‘isolate’ good and bad Taliban (did not say how to) and negotiate with those who are ‘not’ involved in terrorist activities.

He gave three reasons for his argument:

– Since the British government negotiated peace with the IRA, why cannot we talk to the TTP?

– Because the US is opening dialogue with the Afghan Taliban, why should Pakistan not do that?

– There were no suicide attacks before 9/11.

His first argument is challenged time and again (unfortunately never by the Pakistani media) that the dialogue with the IRA was only initiated after the IRA agreed to lay down weapons.

His second argument is rather naïve because one must not compare the US — which is an occupying force — with the Pakistan army — which is trying to impose the writ of the constitutional government. Everywhere in the world it is the occupiers who open dialogue with insurgents. So if US is doing this, there is nothing new about it. As long as the TTP is carrying weapons, there must be no dialogue.

Imran’s third argument, unfortunately, is also quite gullible. Before 9/11, Pakistani security agencies and the religio – political parties were supporting militant groups and allowing them to use Pakistani soil to get trained and join the ‘struggles’ in Kashmir, Afghanistan, Central Asia and even as far as Arakan.

Even today, if Pakistan would allow the Taliban to get trained and send ‘mujahids’ all over the world, there will be no suicide bombing inside Pakistan. However, then Pakistan must not expect any mercy from outside countries — even from its allies like China.

No one knows on which information the PTI believes that after they will talk to the TTP, the latter will throw arms and start farming and cultivation.

The TTP is well – entrenched and getting organised on an everyday basis in tribal areas and now in settled areas as well.

Now, after attacks on Malala, Qazi Hussain Ahmed and Shia processions during Muharram and now a murder attempt on Hamid Mir (which the police suspect as the TTP’s action), there is even more reason for the government to move in. Their power will be significantly reduced once their core is broken.