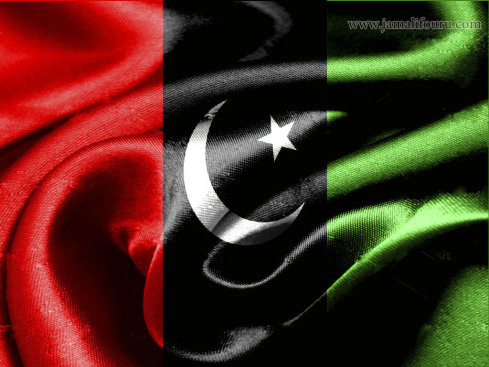 Merely eleven years after coming to the existence, Pakistan was abandoned with the authoritarian rules of’ field marshals’ – pardon me for I call them ‘blood suckers’. It is no longer concealed how the basis of the country, established to ensure freedom to all, was shaken with the oppression of masses. Nevertheless, what emerged and then stood resolute throughout the wicked menace of dictatorship is only Pakistan Peoples Party: a party from the people, for the people.

Pakistan Peoples Party is not merely the name of a political party, but a never-ending heroic struggle running since the decades, a gallant tale of the forfeitures of blood – young blood, a vision that bestowed people with the strength they were deprived of – strength to stand on own feet against all odds, and the biggest democratic power to fight all evil mindsets that have been toppling the system. Founded by the hero and the son of the soil, Shaheed Zulfiqar Ali Bhutto – who left Ayub’s cabinet but DID NOT compromise on the doctrines, PPP gave the concept of ‘One Man One Vote’ and taught the people to unite under this platform. Be it any dictatorial regime, Pakistan Peoples Party and the Bhuttos have remained loyal and determined to the cause of empowering the masses and getting the country out of the bog of dictatorship,and for this cause, PPP has been sacrificing all its generations to make Pakistan a civilized and legitimate country.

Articulating about Pakistan Peoples Party without a drenched heart and moist eyes is impossible to me – for here lies the tale of blood. Blood of the founder of PPP, sentenced to death under a false allegation. Blood of two valiant sons to not let the legacy continue. Blood of the mother of democracy who was accused, imprisoned, even gravely beaten but yet never gave up, and died fighting for the democracy. Blood of the daughter of Pakistan who emerged as one the most powerful leaders of the world and gave life fighting for the better future of the people. And the blood of millions of workers who stood beside the leadership in the battle for a secure and democratic Pakistan. The tormenting imprisonment of Asif Ali Zardari, who was tortured physically as well as mentally for the crime he never committed and is not proved yet, is also a part of the sacrifices of Bhutto family.

The evils would have thought that killing would help in silencing the Bhuttos, but YOU CANNOT MURDER A LEGACY… Bhutto is still alive! Their legacy has been kept alive by those whose hearts are still being ruled by them. Because the PPP is strengthened even more when you kill us. The masses are empowered even more when you snatch our dearer ones from us. The Bhuttos emerge more when you slay any one of us. For those who rule the history can never be murdered! Those who have meant to live eternally never die. Because, YOU CAN KILL A MAN BUT NOT AN IDEA.

Paksitan Peoples Party is an unbeatable force now. Unlike those who fly away when the country needs them, PPP workers and leaders stand tall to face every hardship. The soil of this homeland still has the essence of the blood of our leaders and workers. Founded to empower people, PPP has been working tirelessly to safeguard the rights of people. PPP gave the constitution and only it has restored it. PPP was founded for the people and only PPP has empowered them. It sacrificed its founder – his sons, wife, daughter – and yet has continued to devote the children in the face of Bilawal. No other party has ever sacrificed any of its leaders, but only PPP.

This piece of writing cannot be adequate to highlight the dedications of peoples Party, but let me remind, those who think PPP is not that same now, it is only Pakistan Peoples Party that, under the leadership of Asif Ali Zardari, restored democracy and made a dictator to leave the office! It is the same Bhutto’s party that has, despite numerous conspiracy, kept the democracy alive under the slogan of ‘Pakistan Khappey’.

November 30; 1967 – the day of rise of hope – when PPP consisted of 23 founding members and now has the millions of members who have been sacrificing for the country, for what we have learnt from our leadership is ‘to sacrifice’. So, on this foundation day of Pakistan Peoples Party, let’s promise to our martyred leadership that whatever the situations may be, we will not let any force damage the party and derail the democracy. We will continue to fight, unless we get a Benazir Pakistan. We will continue to sacrifice to save Pakistan and PPP. We will fight against those who attempt to trap the party into a bad picture. For PPP is a philosophy, a vision, a power, a legacy, an ideology that has meant to exist and has come to exist!

Pakistan Peoples Party will always be extolled for its sacrifices and achievements and ‘people’ will continue to stand with it. Inshaa-Allah.