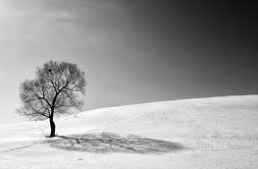 We all must have heard the folklore of a city and king, who always desired his citizens to be well-aware and civilized. This is how the story goes…

Once there was a wise king ruling over a city. He always desired his citizens to be happy, prosper, educated and civilized – who should love justice and resist oppression and tyranny. And thus, he strived to provide them with every opportunity of education and learning. There he established educational institutes and learning centers. People had opportunities to excel and enough for their livelihood. In short, there was everything which should result in growth of a peaceful and intellectually rich society – a civilized society. It was a city of satisfied people. They never complained of anything and this was to hurt the king most.

One day, the king expressed his concerns to his trusted minister that despite all efforts he has been unable to make his people civilized and justice loving. He pointed out towards the fact that his people always accept wholeheartedly whatever is demanded from them, be it right or wrong. “This indicates that they don’t posses awareness of their rights and will never resist injustice and oppression”, the king said. The minister consoled the king and said it is because his majesty’s orders are always based on justice and equity. The minister said “if ever, his majesty will give any order based on injustice, the people will surely resist and raise objections like civilized and enlightened citizens’. Sadly, the king, however, knew it will not be the case.

Few days later, the king issued an ordinance levying certain tax on every commuter who would pass through the city’s main bridge. The people happily accepted the law and commenced payment of the tax, as demanded. The king was not pleased and he enhanced the tax amount to an unconscious level. The people accepted same too and somehow managed to pay the tax but they didn’t complain.

The king thought to humiliate the people so as to make them raise objection and understand as to how a citizen ought to respond to injustice and oppression. He passed new orders to slap every passerby on back with shoes in addition to payment of prescribed tax amount. He was sure that this time people will protest and ask for withdrawal of the humiliating orders.

In the following week, a delegation of citizens appeared in the king’s court. The minister informed the king that the delegation has come up with some demands regarding taxation on commuters who pass through city’s main bridge. The king was pleased to call on the delegation and expecting that they will request to withdraw oppressing and humiliating orders asked them to put forward their demands. An elder among the delegates rose to his seat and said “His Majesty… the officials appointed on the bridge to slap the commuters with shoes are lazy and also not in sufficient in number and thus, it causes great frustration and inconvenience for us to wait for our turn to get slapped. We request His Majesty to raise the number of officials on the bridge for slapping people and they should also be efficient in performing their function so that we may happily pass through the bridge”. This ends the legend.

The poor king was not aware that when a society’s conscious is dead it cannot resist injustice. People of such society feel indifferent to their surroundings. I often think why people of the city were so dumb? Why they never realized of their status as humans?

While I fail to understand why citizens of the city were so dumb and consciously dead, I can realize that we the citizens of Islamic Republic of Pakistan as a society have become as such. And as oppose to the city, it is due to continuous oppression and injustice, we are facing since the inception of this country on face of the globe. On one side, we have been tied up in such a tight circle of earning bread and butter that it has become almost impossible to think about rightful values; and on the other hand, our intelligentsia, our leaders and our scholars strive either to keep us ignorant and dumb or to confuse us. Independent and rational thinking and reasoning has become crime here. And the criminal of such characteristic is strongly disapproved by the society. The frustrated youth has surrendered to the circumstances.

It seems the Land of Pure has become the same dead city.

It was in year 1849 when Henry Thoreau wrote in his masterpiece Civil Disobedience “that government is best which governs least”. He further discussed civil duty of a citizen to resist a bad law. To him, a bad law is which is disapproved by society’s collective conscious. Do we, as a society, have conscious to resist a bad law? Do we even have courage to disapprove collectively disvalues* of the society?

It seems our governments have learnt the art to ‘govern’ and we have been tamed as an object of governing.

The king of that city must have felt great pain but it is even more painful to be citizen of such a city – the dead city.

Note: I see hope of resistance in face of Pakistan Tehrik-e-Insaf.

* values (which are not worth to term as such).