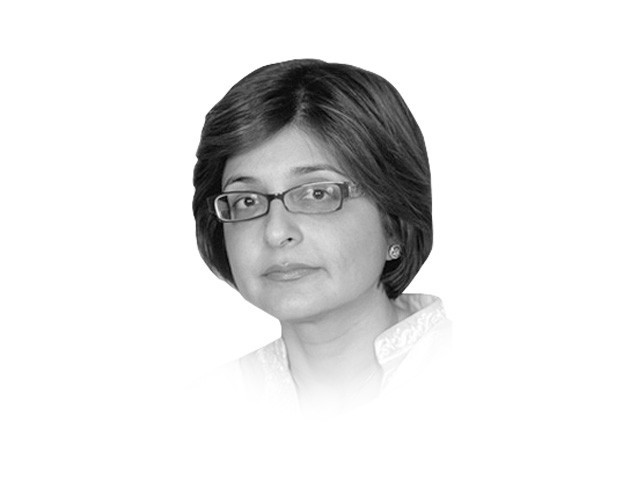 From the day that Shaheed Mohtarma Benazir Bhutto was assassinated, I have felt the escalation of the mindset of hate. Our country has been hijacked — not politically but through the psychology of hate and fear. It is obvious that those who cannot win the argument about contrasting visions for Pakistan try to intimidate others with the gun. The most recent example of this phenomenon was the armed attack on progressive activists Marvi Sirmed and Sirmed Manzoor. It was not an attack to kill but an attack to silence them.

I was born and raised in a country where it was rare to be asked your religion or about your religious practices. I attended a convent school where the nuns ensured that there was no way to tell whether a girl student was from a rich or poorer household. Our uniforms were strictly enforced and no jewellery or expensive shoes were allowed.

Some scholars say that what started, very soon after the death of the Quaid-e-Azam, was the use of Islam as a political tool and was later militarised and mainstreamed by Dictator Ziaul Haq, which has now become the tyrannising force in all aspects of daily life in Pakistan.

Today, regardless of whether one is Sunni, Shia, Ahmadi, Christian, Hindu or Parsi, he sends his children to school worried, every day. People are careful at workplaces about sharing their personal beliefs. Since 1989, 4,051 people have been killed in 2,800 incidents of sectarian terrorism up until October 2012, according to the South Asia Terrorism Portal database. Most of those were targeted killings.

The majority of Pakistanis may not subscribe to it but a national psyche of fear that has been mainstreamed into every aspect of our lives has become almost overwhelming. We are constantly fed conspiracy theories so that we fear foreign powers or the beliefs of others. It is as if our sect, our ethnic group, our nation or our religion is constantly under attack and we must fear and attack the ‘other’ before being attacked ourselves. The fight to regain control of our lives is on. Whether it is the establishment or the Sipah-e-Sahaba, the Lashkar-e-Jhangvi or the Tehreek-e-Taliban Pakistan, there is a constant source of violence in our midst. Our lives are no longer ours to live.

The manifestations of the rising violence and the accompanying fear it generates are many: the rise in incidents of blasphemy cases; the violent and sometimes armed mobs that mysteriously appear outside a school in Lahore over a teacher’s alleged blasphemy; the threats against young Rimsha Masih; the killing of Ahmadis with impunity all over Pakistan; the targeted killing of Shias from Karachi to Quetta to Parachinar and Dera Ismail Khan in what is becoming a virtual genocide. The attackers are almost never apprehended. Even if the state manages to arrest the perpetrators, they are out on bail before you know it and yet, those accused of blasphemy or murdered for simply being Shia receive no justice.

As a child and later as a teenager, Sunni friends would occasionally attend majlises with us during Muharram. Today, when I go to an imambargah in Karachi, police trucks, metal detectors and youth guards serve as a reminder of the looming threats.

The deafening silence of the political class over the killing of Salmaan Taseer should have been a wakeup call that mobilised the nation but where were the leaders?

What is the answer then? Do we continue to be killed or intimidated into silence? No. It is time to hold our leadership accountable. As every Pakistani knows, the civilian government is easy to blame. But, until the military and intelligence services round up, disarm and put away the terrorists and the courts comply and refuse them bail, things will not change.