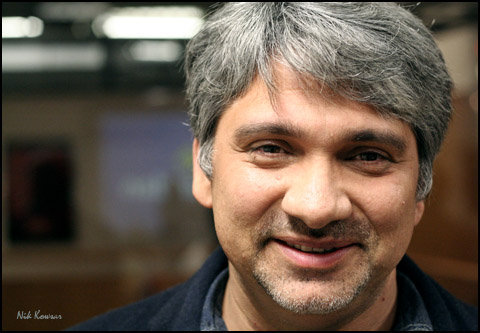 Pakistan’s former cricket star Imran Khan dubbed as ‘Taliban Khan’ and turned as a politician and founder of a political party known as Pakistan Tehreek-e-Insaaf (PTI, the Movement of Justice Party) had been a focus of media frenzy in Toronto as he was here for a fundraise of his political party in the last week of October.

Journalists here were asking him the same questions as he would have been asked elsewhere. “You haven’t condemned Taliban attack on Malala will you condemn?” asked CBC’s Evan Solomon. “I am the only political leader who named the Taliban and condemned the attack”, responded Khan.

But just after Taliban attack on Malala, he was speaking differently with Pakistani anchor, Talat Hussain on Express News show “Live with Talat”. When the anchor asked, who attacked Malala? “Could be someone”, told Khan. “Mr. Khan, who are they? Why don’t you name them?, emphasized anchor. “Someone would have done it, could be Taliban but we have a reason to not say this that we have local affiliates and supporters. Sure I can give big statements against the Taliban but that would make them [supporters] Taliban targets,” explained Khan in Urdu.

It could be quite possible that Imran Khan talks different things in English and deals different issues in Urdu.

As Solomon brought out Imran Khan’s recent stance on Jihad and quoted him his quote, “the people fighting against foreign occupation in Afghanistan are engaged in a jihad.” Imran Khan got puzzled and tried to dodge his questions. But earlier in Pakistan, Quoting the Qur’an, Khan said: “It is very clear that whoever is fighting for their freedom is fighting a jihad.”

It seems that lately he has developed a rhetoric against all such questions that bring scrutiny to his stance on Jihad. He repeats such words over and over now that ‘same jihadi groups were created in General Zia time to wage Jihad against Soviets and Pakistani ruling elite made lots of money and now same jihadi groups are being killed by security forces. Again Pakistani elite made lots of money,’ Stressed Khan to Rawal TV’s Waqas Munawar show during his recent visit to Toronto.

While talking to a brilliant Indian journalist Barkha Dutt’s show last September he repeated the above mantra and stated further that radicalization is a recent development as the war on terror began. He kept on saying that this war on terror is being perceived by people of Pakistan as war against Islam. He suggested that Pakistan should disengage herself from the US war first.

Here few critical questions arise. Is Islamic radicalization a new phenomenon in Pakistan as Imran Khan suggests? Is this Islamic extremism a merely product of the US war against Soviets first and war on terror now? We leave these questions for Imran Khan if he is willing to answer such questions sincerely at some point.

However, what we know that Pakistan army started sending tribes and Mujahideen to Kashmir in 1948 in order to wage Jihad against Hindus and occupy Kashmir. Pakistan army invaded Balochistan in 1948. Those were the years when there was no war against Soviets or terror. In late sixties and early seventies, Pakistan army waged Jihad against fellow Bengali Muslims. They massacred hundreds of thousands Bengalis and raped their women. Imran Khan never touches such chapters of history despite calling his party a movement of Justice.

Rather, he preferred walking like an Arab emperor at Toronto stage when his party guy called him today’s Muhammad Bin Qasim, an Arab General who invaded India in 710 and stated reasons for his success. “”My ruling is given: Kill anyone belonging to the combatants (ahl-i-harb); arrest their sons and daughters for hostages and imprison them. Whoever does not fight against us..grant them aman (safety) and settle their tribute (amwal) as dhimmah (protected person)…”

Imran Khan didn’t confront the idea of being called Muhammad Bin Qasim. He smiled and took the microphone in his hand and recited Quranic Verses before delivering his speech in his recent Toronto event.

He spent about ten minutes describing his dreams of success in Cricket and Philanthropic works in Pakistan. Based on those, he promised to establish good governance right away as he gains power in Pakistan and also to eliminate corruption there within 90 days. He also informed the audience that there was eighty percent literacy rate in India before Britain ruled from 1850s. He promised that he will bring back same old education system and local municipal system of 1800s for Pakistan. It seems that he is still interested to introduce his nostalgic ideas of tribalism what he has described in his book, A Journey Through the Land of the Tribal Pathans.

While talking about northern tribes of Pakistan, he told the audience that he wants them to be a part of the system as if all tribes are Taliban. He called ‘war on terror’ as ‘war of terror’.

As he offered lots of criticism against alleged corruption in Pakistan, but how and where would he get clean people from the same Pakistani political Diaspora is not clear in his recent speech yet?